The Technicolor Dreamscape (Series in Development)

The Technicolor Dreamscape is a series of intense neon body paintings created within an evolving neon studio set under UV lights.

Call of the Wild (Series in Development)

Call of the Wild is a series created around Pup Culture. For those who don't know about Pup Culture, its a collision of the furry culture and the leather culture, where Pups wear hoods resembling canines. The furries were primarily a youth oriented movement seen more in kids under 18 (although there are exceptions), where leather culture is more of an adult movement, found in the 30s - 60s gay population (again there are exceptions). Somewhere in between, the LGBTQ Pup Culture emerged to become a dominant movement of those in the 20's to early 30's. It incorporates much of the fantastical nature of the furries, while adding to it a distinctive taste of the adult gay sexual freedom found in the leather community.

My interest in Pup Culture came when several Pups became models of mine. The completely novel and surreal nature of the Pups instantly caught my attention. For a Master Surrealist the opportunity to create a series that could surpass the base surrealism of the movement and turn it into surrealism on crack was too much for me to pass up.

I admit I struggled with the concept for awhile. How could the nature of the Pups be expressed in something other than what it was? How could it become a series that would fascinate those outside of Pup Culture. This is much the same question I faced years ago where it came to creating a series based around Mardi Gras. How could something so surreal be surpassed? After a lot of soul searching, I decided that it must be a merging of abstract art with surrealism. And once I determined that the series began to flourish.

I feel a need to note that I do not feel a need to title each of these pieces. Instead I've divided them into the various Pups who have posed for the series. With that said, here is the first set in the series:

Author: Richard Alan Scott
Rhode Island, USA
04/15/22
Okay so I took a brief sabbatical at the end of March to go through my inevitable faceoff with the COVID monster (mild) and to plug my new Anthology from Eighth Tower, The Body of Horror: Stories Inspired by the Cinema of David Cronenberg (wild). By now, all of you, and Cronenberg fans around the globe have gotten your hands on said Antho and read my out-of-left-field tale "Qinglong" and have decided I'm either out of my mind or an extremely versatile wordsmith, hahaha.
Next on the hit parade in the period I laughingly refer to as my writing "career" was another prescient move foreshadowing a future writing staple I couldn't have known was upon us (like 2008), and yet another where I failed to get my story published before said wave. I saw a submission call for an Anthology of new stories based on that beloved chestnut "The Wizard of Oz" by L. Frank Baum. The stories were allowed sex and violence and could also be inspired by any of the OZ books. The anthology was to be called "Shadows of the Emerald City" Edited by JW Schnarr, whom I believe was in Calgary, Alberta. (Northern Frights Publishing, 2009, 4.10 stars in Goodreads).
My mind exploded. Hadn't I been an "Oz" fanatic since about the age of three? Didn't I have the soundtrack album with all the dialogue and everything and still know most of it by heart? Hadn't I watched it every year on CBS at Easter with a different host each year (Bert Lahr, Red Skelton, Danny Kaye, Dick Van Dyke, Richard Boone, Liza Minnelli, and Angela Lansbury)? Didn't I wait with bated breath for the Wiz with Michael Jackson and Diana Ross as the virginal Dorothy to hit theaters? Hadn't I gotten the first VHS and then the Letterbox VHS and then the Ultimate 75th Anniversary DVD of the 1939 classic? Hadn't I also bought the DVD mini-series Tin Man and the creepy sequel Return to Oz? Wouldn't I go on to be the only person who watched the darkly gorgeous show Emerald City on NBC in 2017, all three months of it before it was cancelled, Directed by extravagant visionary genius Tarsem Singh and starring Vincent D'Onofrio? Yes! That was me! I needed IN on this unknown press' unknown anthology lickety-split. I would be bathing in CASH! Livin' on easy street, I tell ya.
After researching at great expense and personal joy the rest of the Oz canon, my favorite storyline happened to be the metamorphosis of Tip, the country orphaned boy, into OZMA, the wonderful princess of Oz. Jeopardy champion and open transsexual Amy
Schneider recently hailed this very plot as her personal touchstone, and I can see that totally. Tip was also the creator of his own magical friend, Jack Pumpkinhead, one of my favorite visuals from the succeeding books (hey, Halloween, amIright?). So I went about my work, carefully designing and crafting a story that would be undeniable, a novelette told by the historian of the Scarecrow's Emerald City court after Ol' Straw and Brains took over from the Wizard. It had sex with the gorgeous witch Mombi. It had a girl's Army of Revolt marching to an insurrection at the Capitol. It had a city-wide flying monkey infestation that would make Delhi cringe. It had rude Munchkins. I called it "Oz Can Be Tough on a Girl."
You have guessed the outcome of my essay. I have to paraphrase the letter on account of it's so bloody old I can't find it. James Schnarr was extremely kind. "Richard we really loved your story. We were going to accept it, but we realized that only twenty could make the cut print-wise, and yours was the twenty-first. We are so sorry. If this is successful and we ever do another one, yours will be the FIRST story in. Oh and we already had another Jack Pumpkinhead story" You can all guess where that went.
Since then every author and their brother has come out with a horror version of Oz and I don't blame them, it's effin' awesome. But at that time, it was the first I had ever heard of in submission calls. My story, now highly upgraded skill-wise, is called Portrait of the Ozian as a Young Man, and I continue on the hunt for a bizarro or extreme home for it.
Below is the artwork for the cover of that anthology, which made me salivate, by Gavro Krackovic 2009. 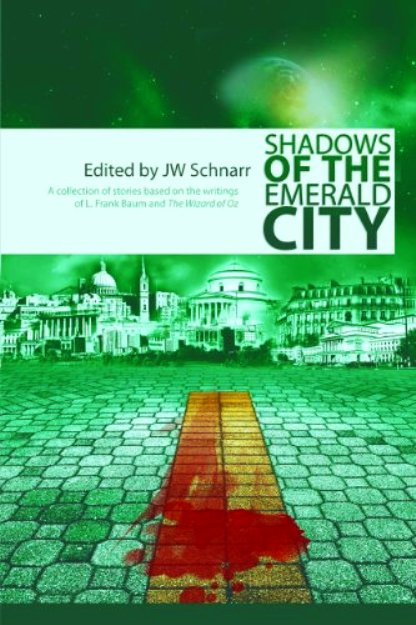 Tres Redux is named because the art is three creative revisions brought back to life in a new form. The first is taking original photos or screen captures and reimagining them as surreal art. The second is reimagining that surreal art into a new form by introducing new elements within the original creation. The third is reimaging the nude work of the old renaissance artists by introducing parts of their work into the new final surreal image. All these combine to create something unusual and surreal.

All of these images have come from previous series I've worked with. But they take on a whole new meaning when the human body is introduced into them.

More art will be added as it is created.

A to Zed series (Series in Development)

The Submission & Surrealism (Series in Development)

This ground breaking series of images examines the ties between eroticism and surrealism and the illusory world they create together. 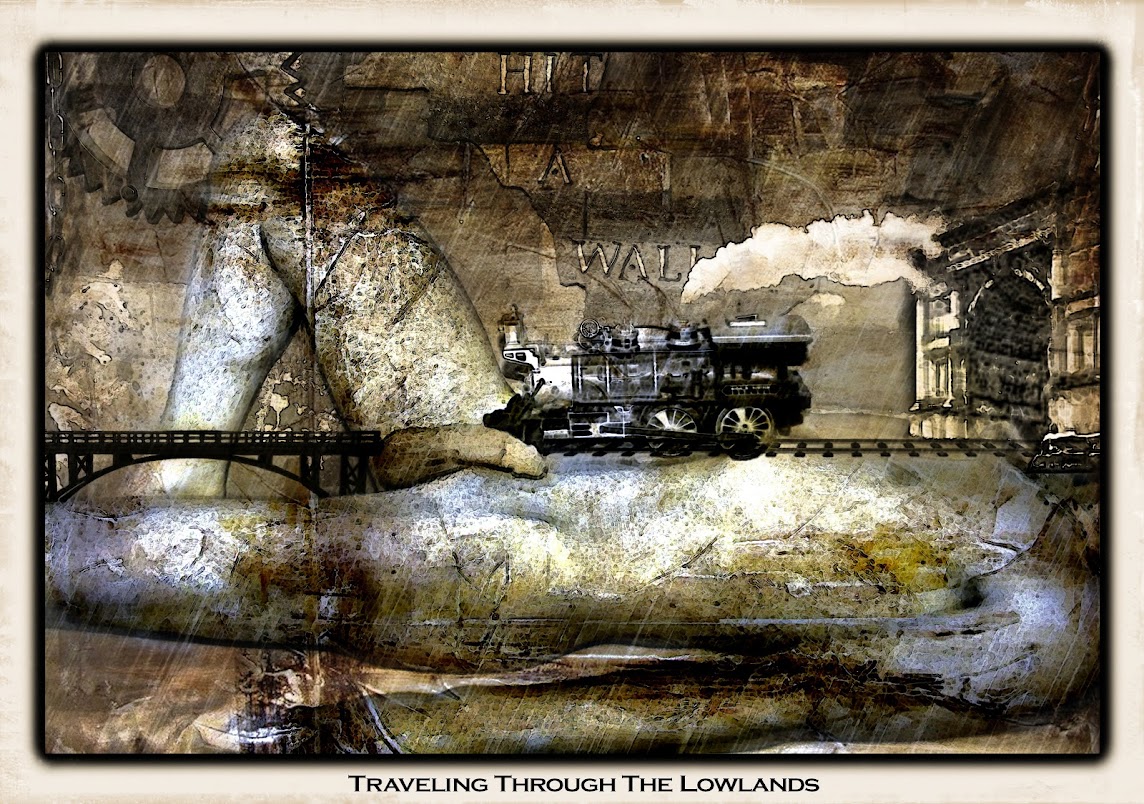 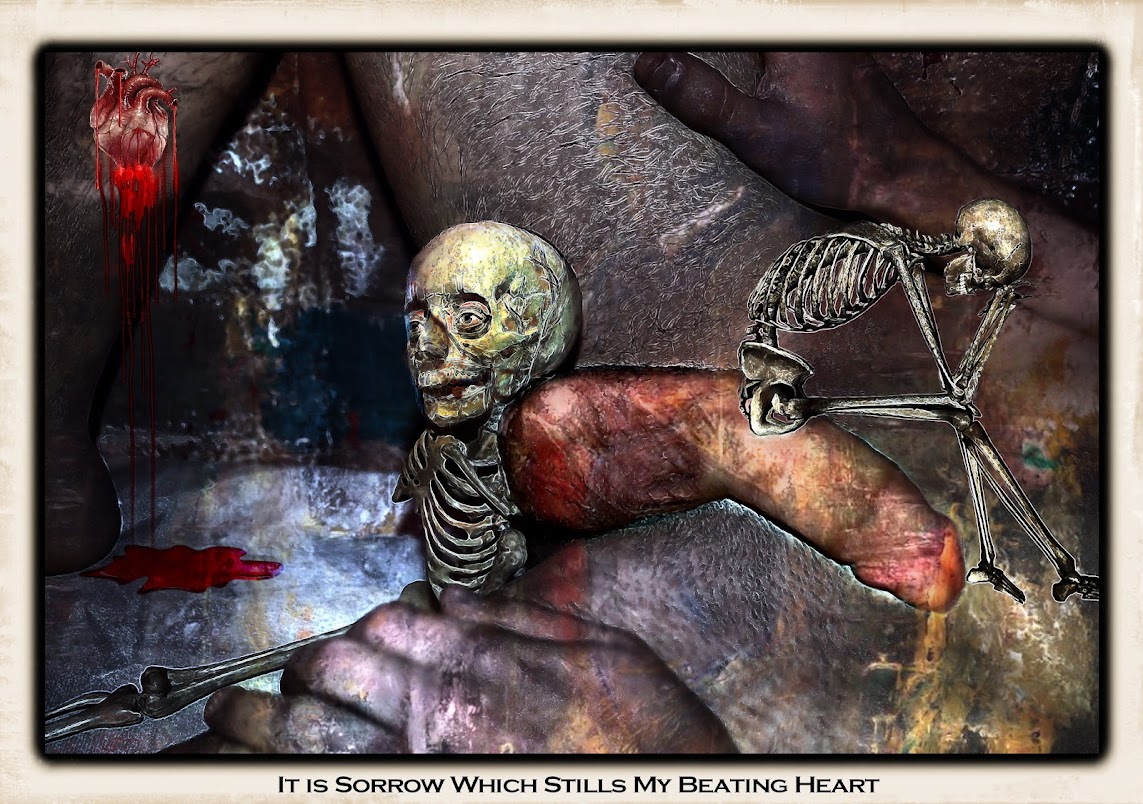 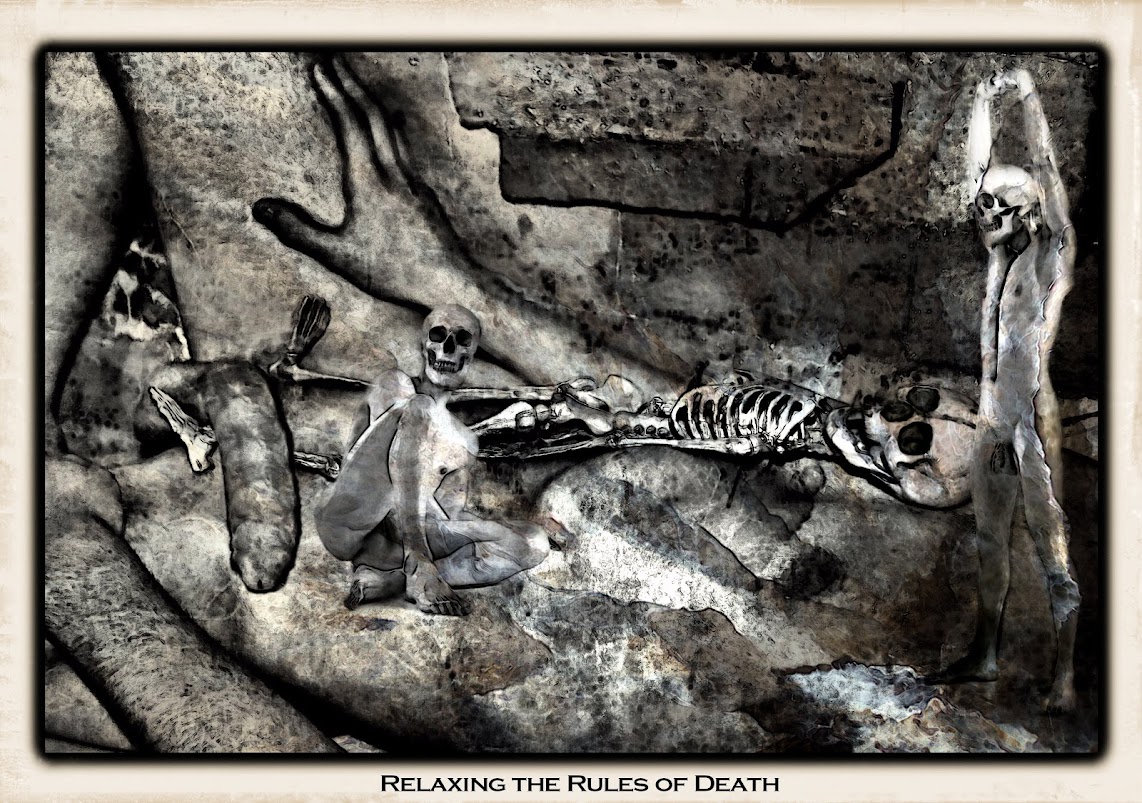 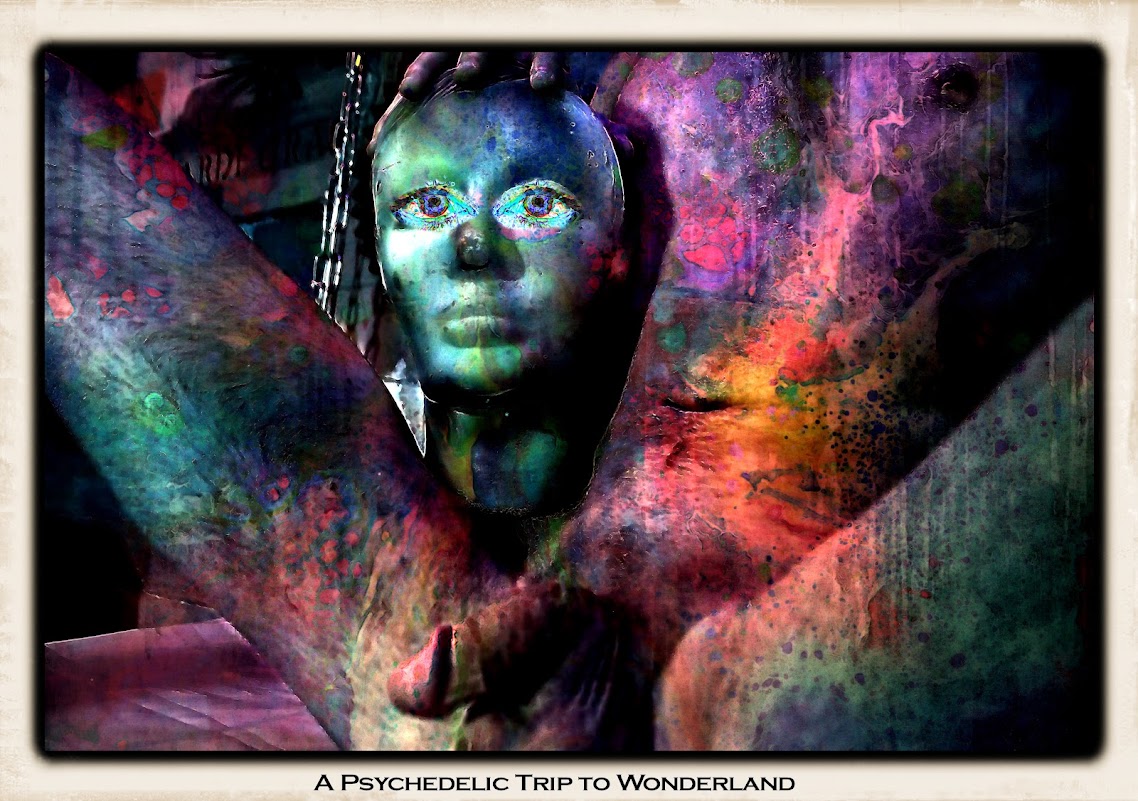 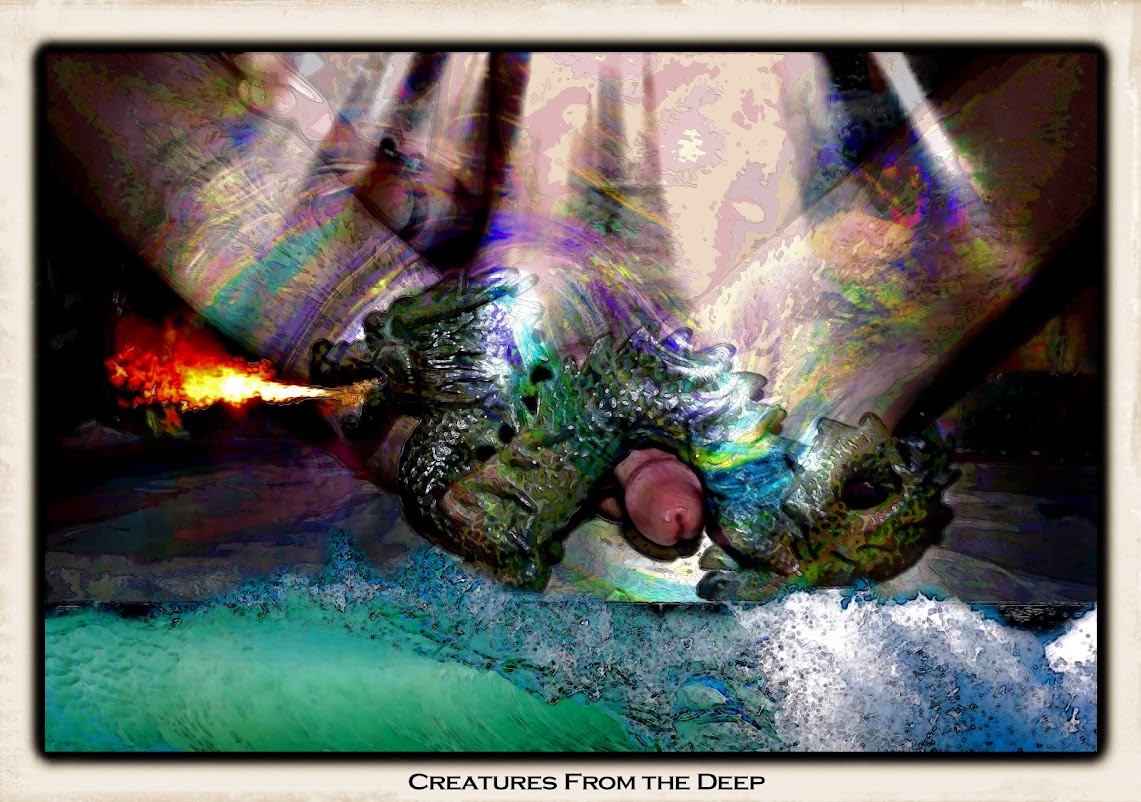 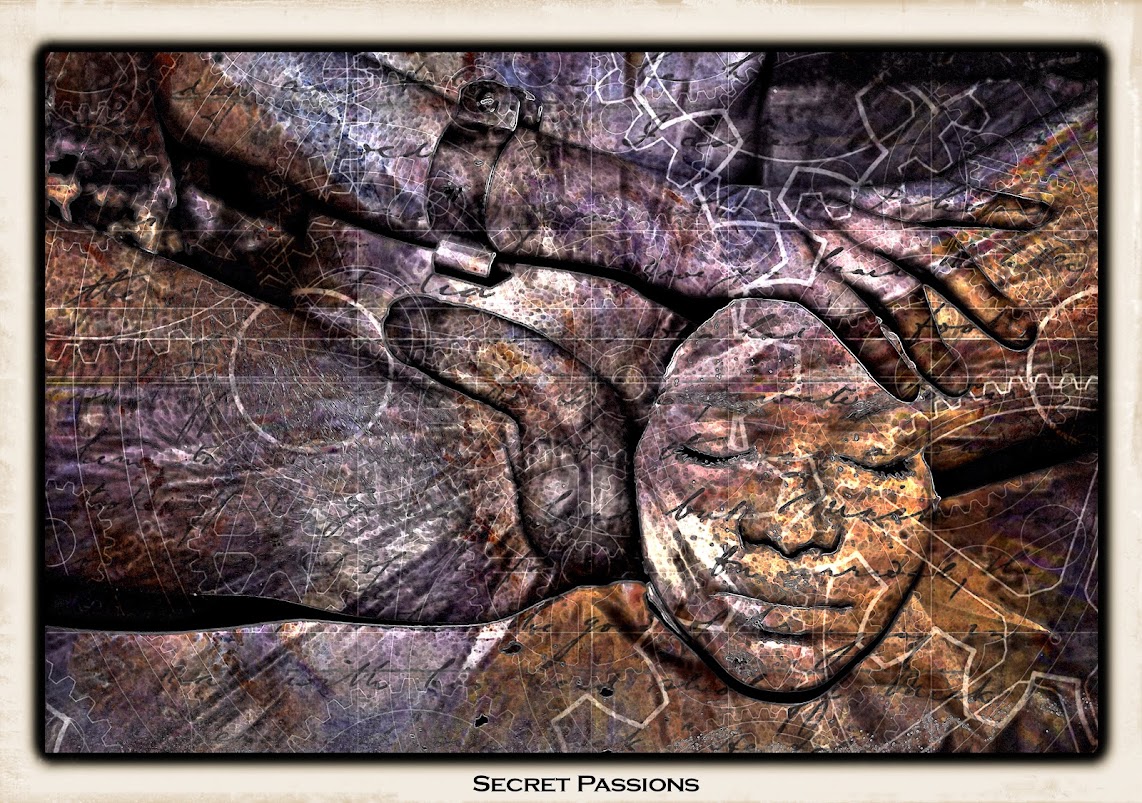 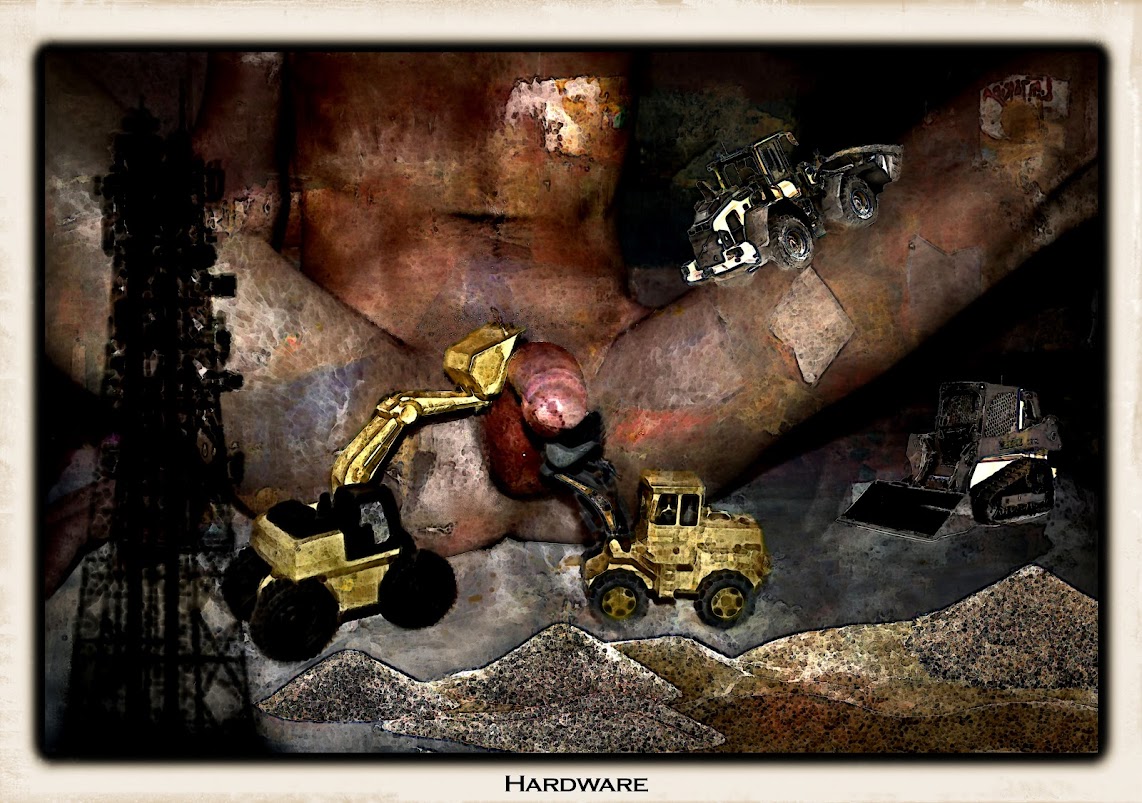 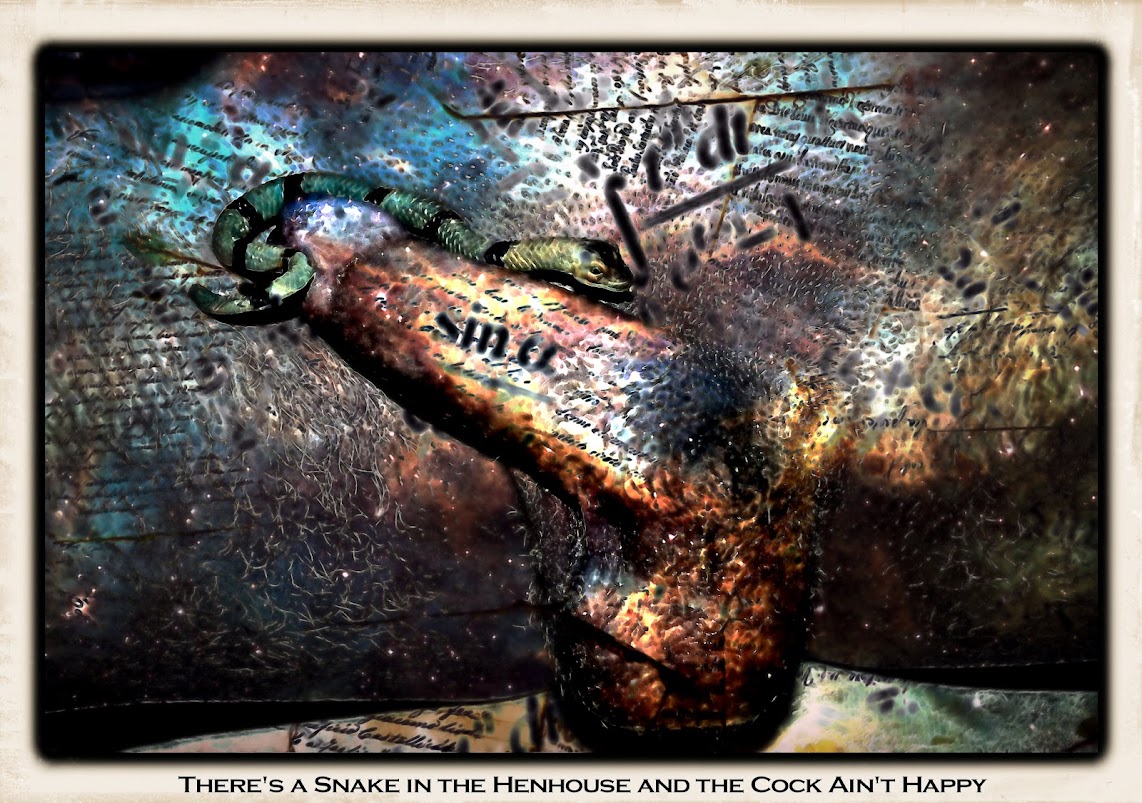 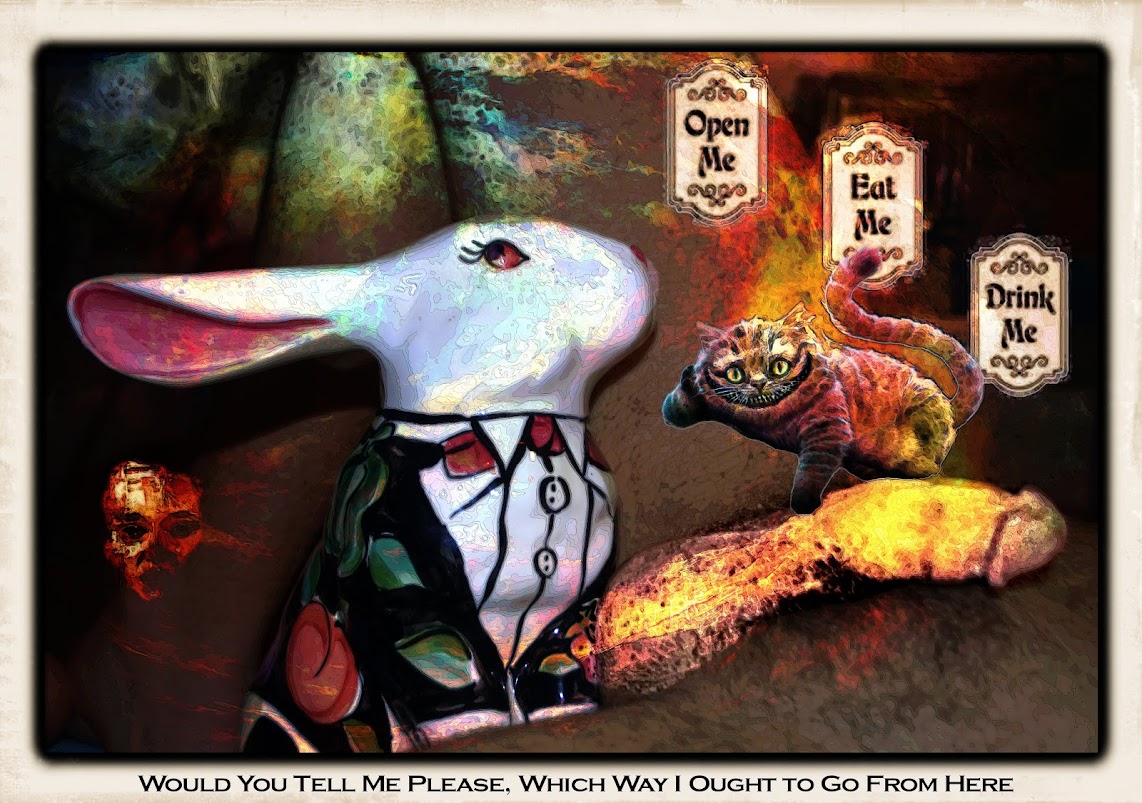 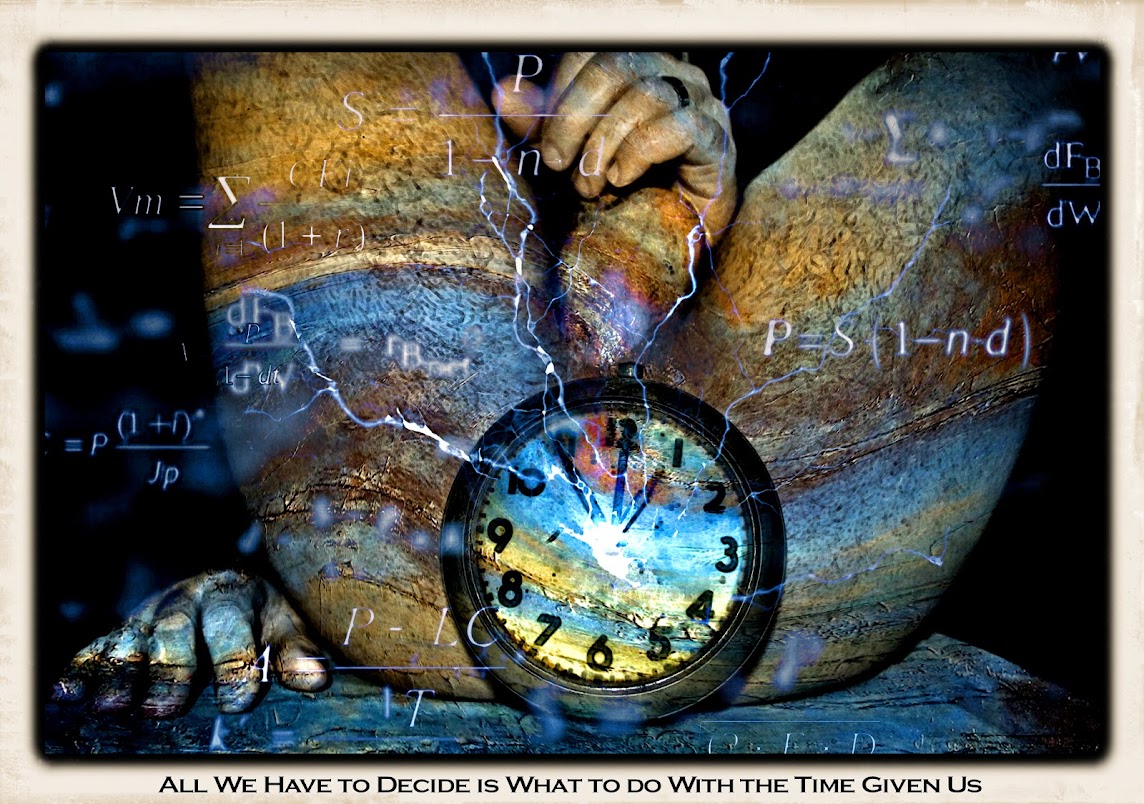 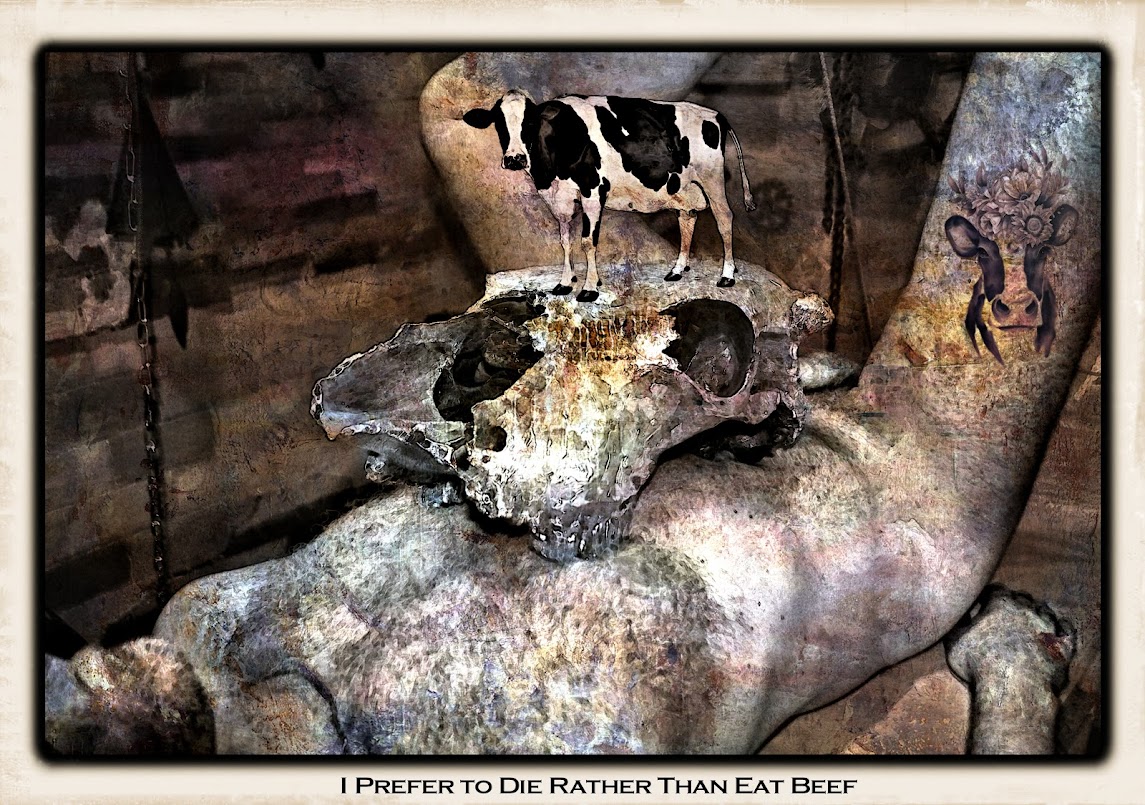 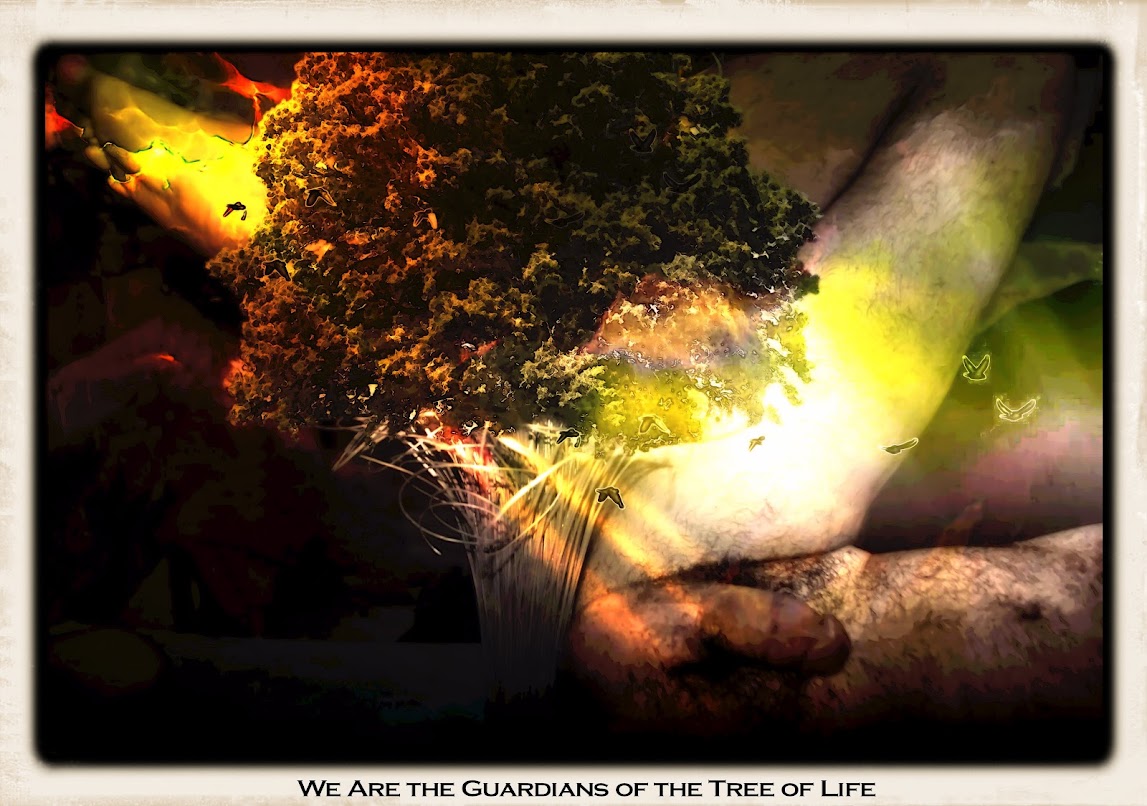 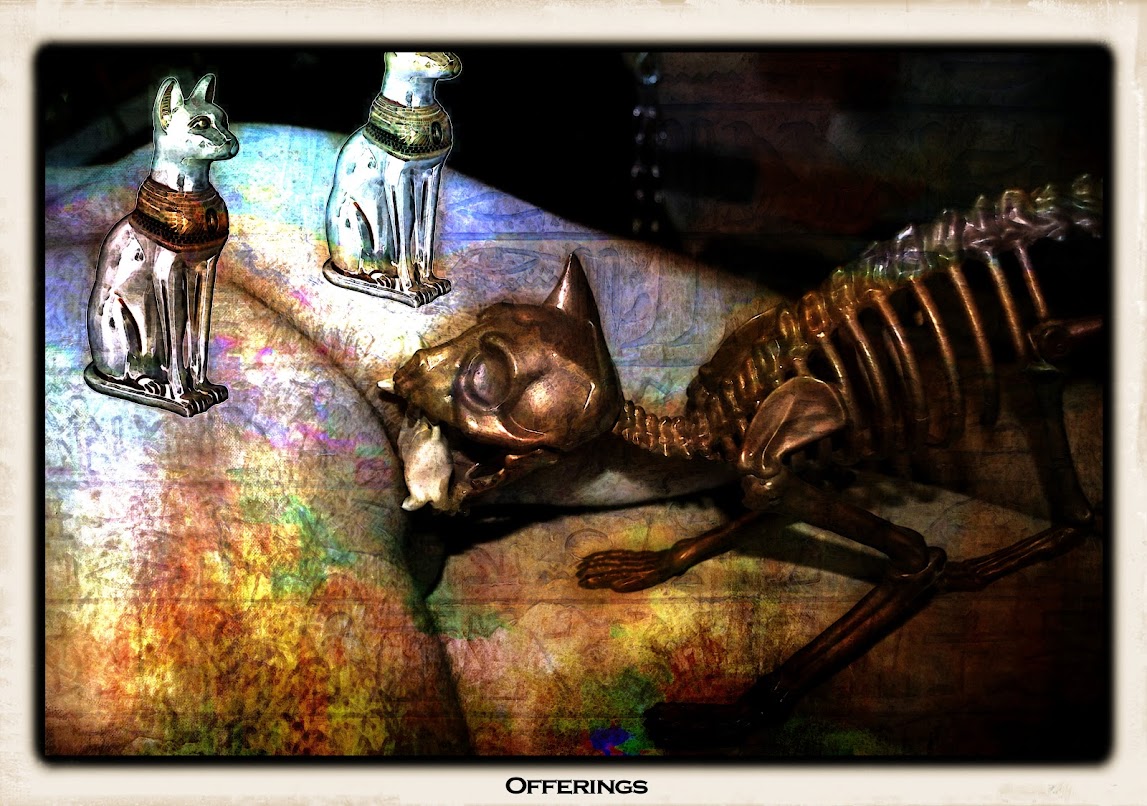 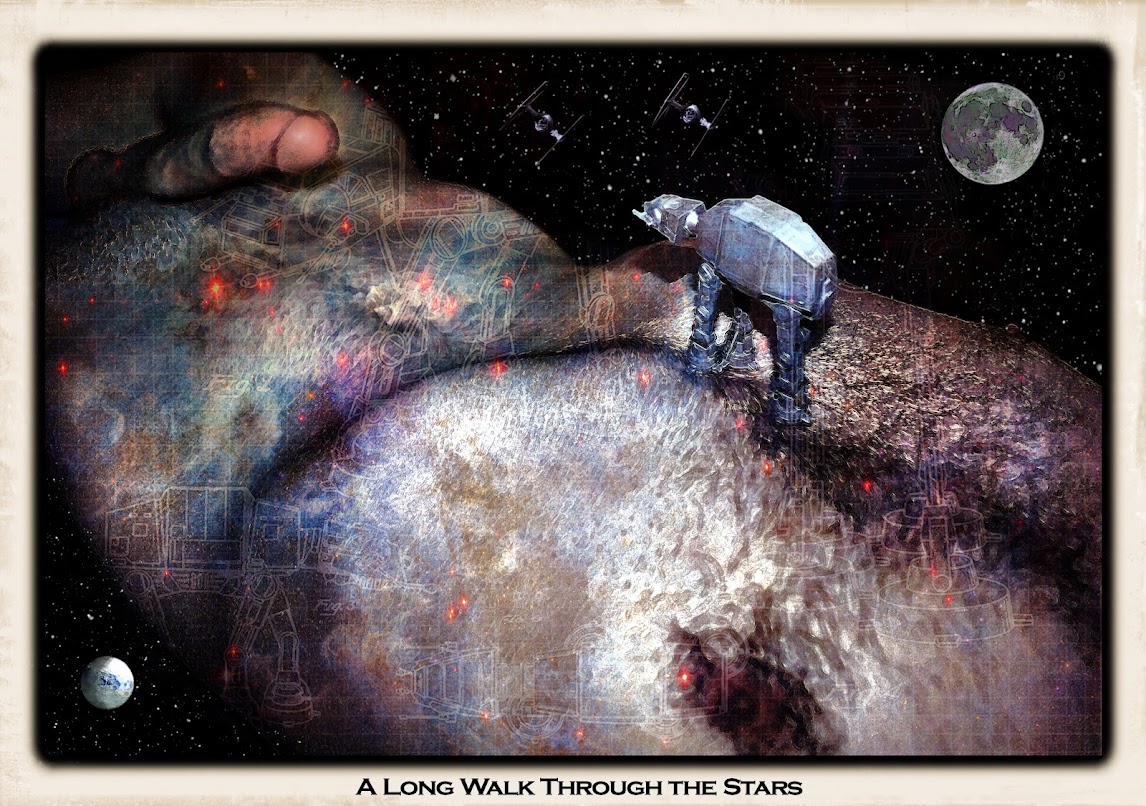 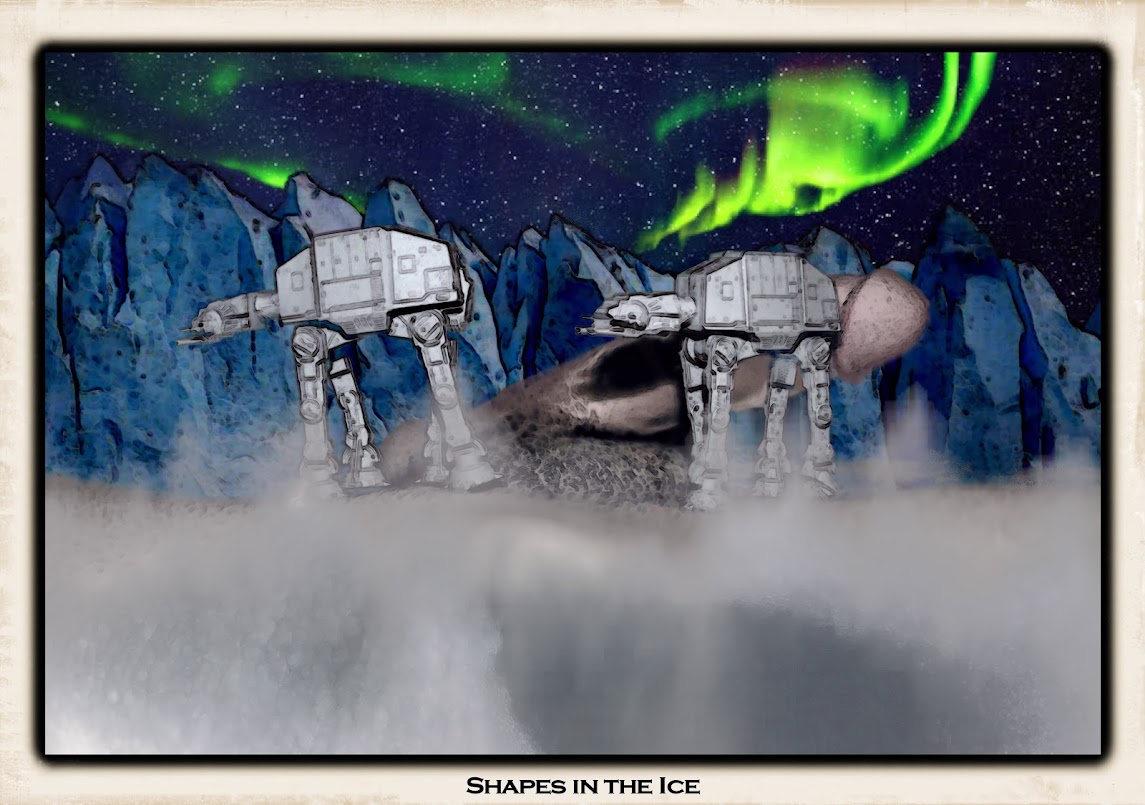