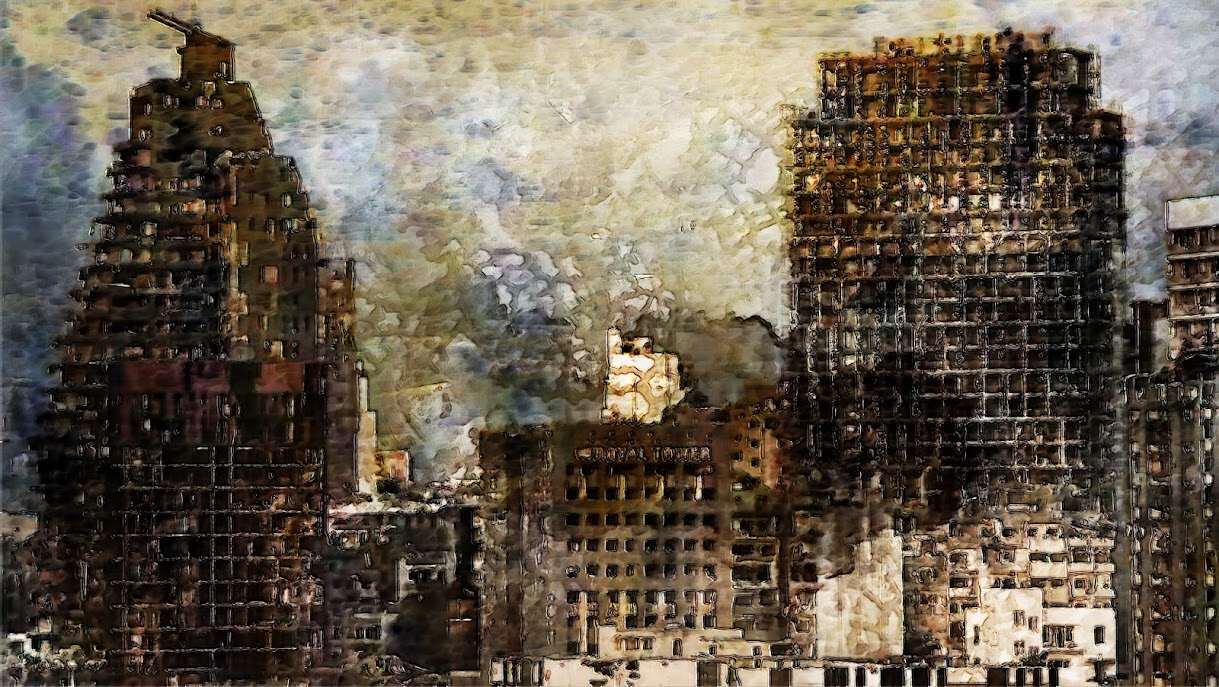 In August of 2020 a massive explosion rocked the city of Beirut Lebanon. There were 218 deaths and over 7,000 injuries. The explosion destroyed most of the city, leveling buildings and blowing out the windows of almost every structure in the city center.

In October of 2021 a massive protest rally regarding the handling of the investigation turned the city into a war zone when snipers, rocket propelled grenades and B7 rockets were fired into the protestors. The country sits on the edge of complete chaos as its capitol is besieged.

This art form is called Crisis Art. It is based on actual video and file footage of the crisis captured during the crisis event. This can include video from news or independent sources captured on anything from an IPhone to Video Cameras.

So whats the point? The point is to make you see a crisis differently than you would from just news stories and highlights. It meant to make you stop and think. Stop and evaluate. Stop and become emotional. Surrealism makes you look twice. It tells the event as a story which captures the imagination and attention. When you can present something as a tale, even something as horrible as death, war and mayhem, you allow the mind to grapple with the situation rather than casting it away as too much for the heart to conceive.