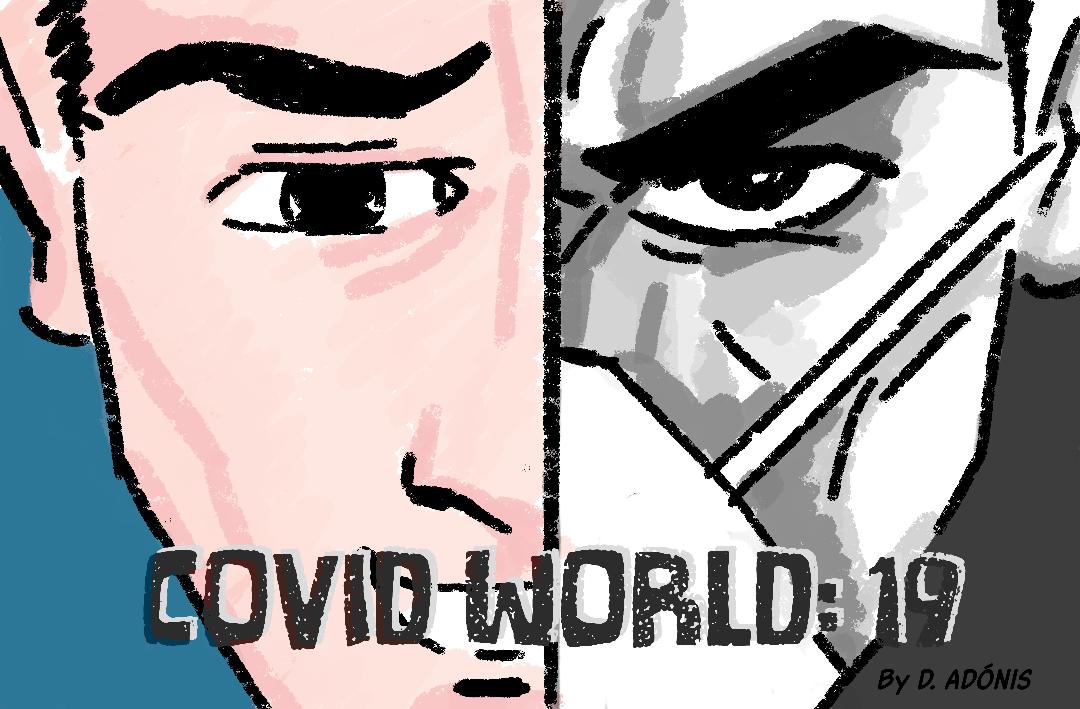 The idea came about during Spring Break and the anxiety of whether or not school would reopen, while preparing to transition to eLearning. My interest in Sci-Fi  and Biblical Eschatology also prompted the idea of originally creating a series of illustrations as it became clear we were in the midst of a pandemic. The original illustration called “COVID WORLD 19” was submitted to a drawing contest addressing the disease. After that, it was decided to create a biweekly webcomic.
Each installment would focus on the pandemic’s effect on people from all walks of life globally. The number nineteen would be the story arc / plot twist to push the story along.
How would the world be impacted 19 seconds, minutes, day, months or years from now. 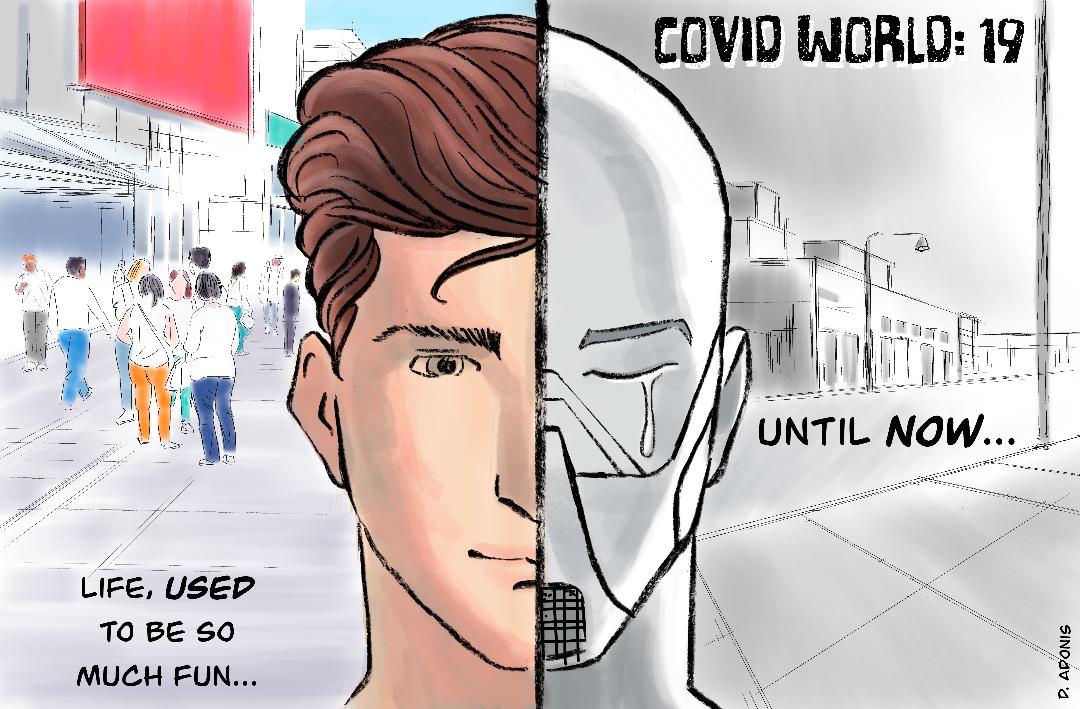 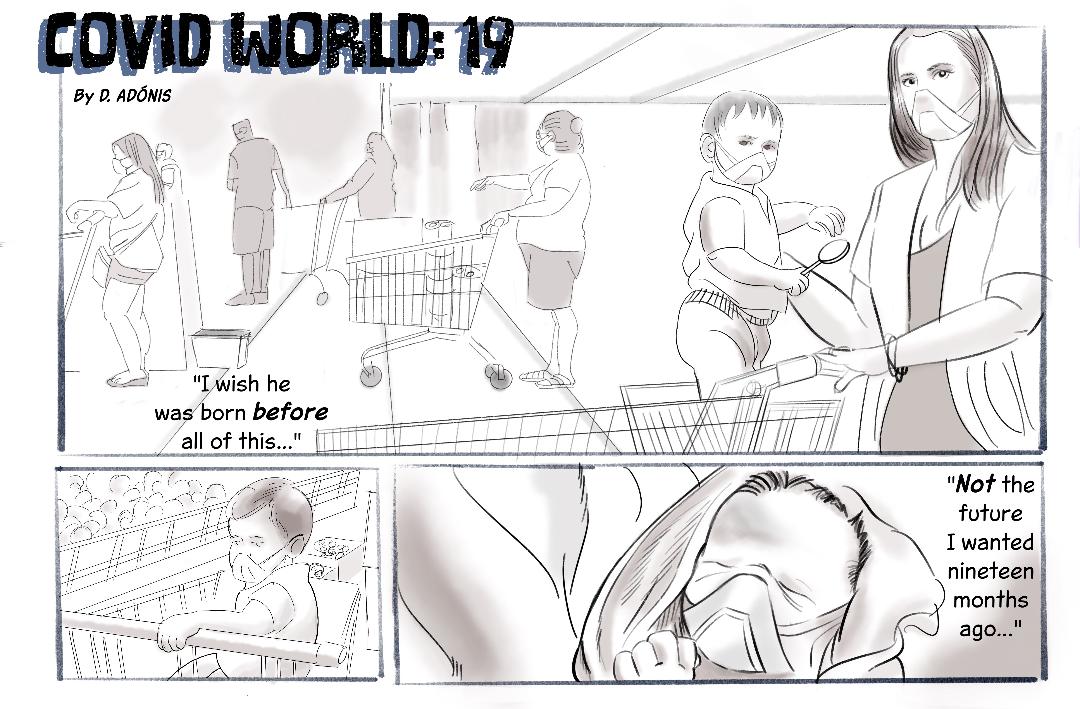 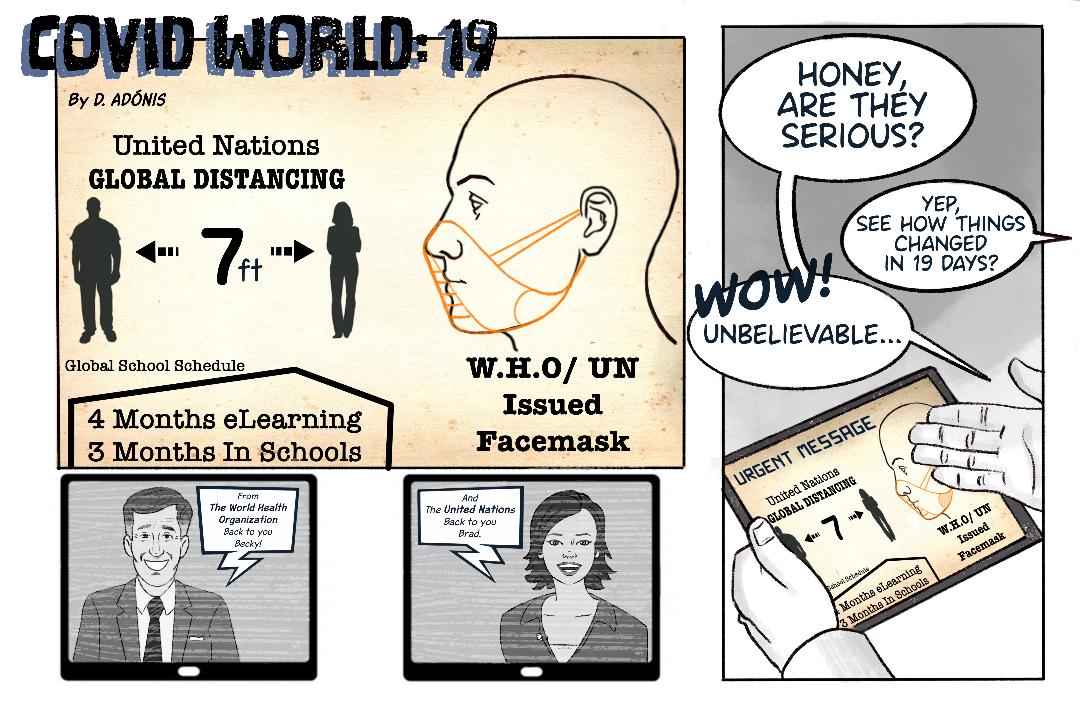 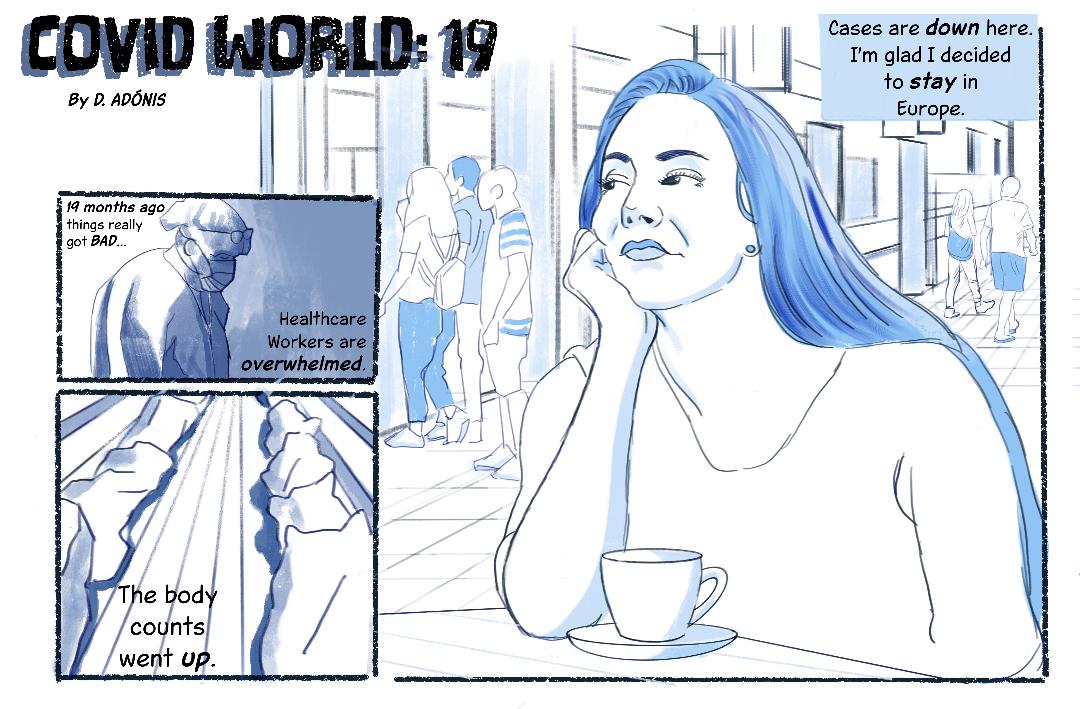