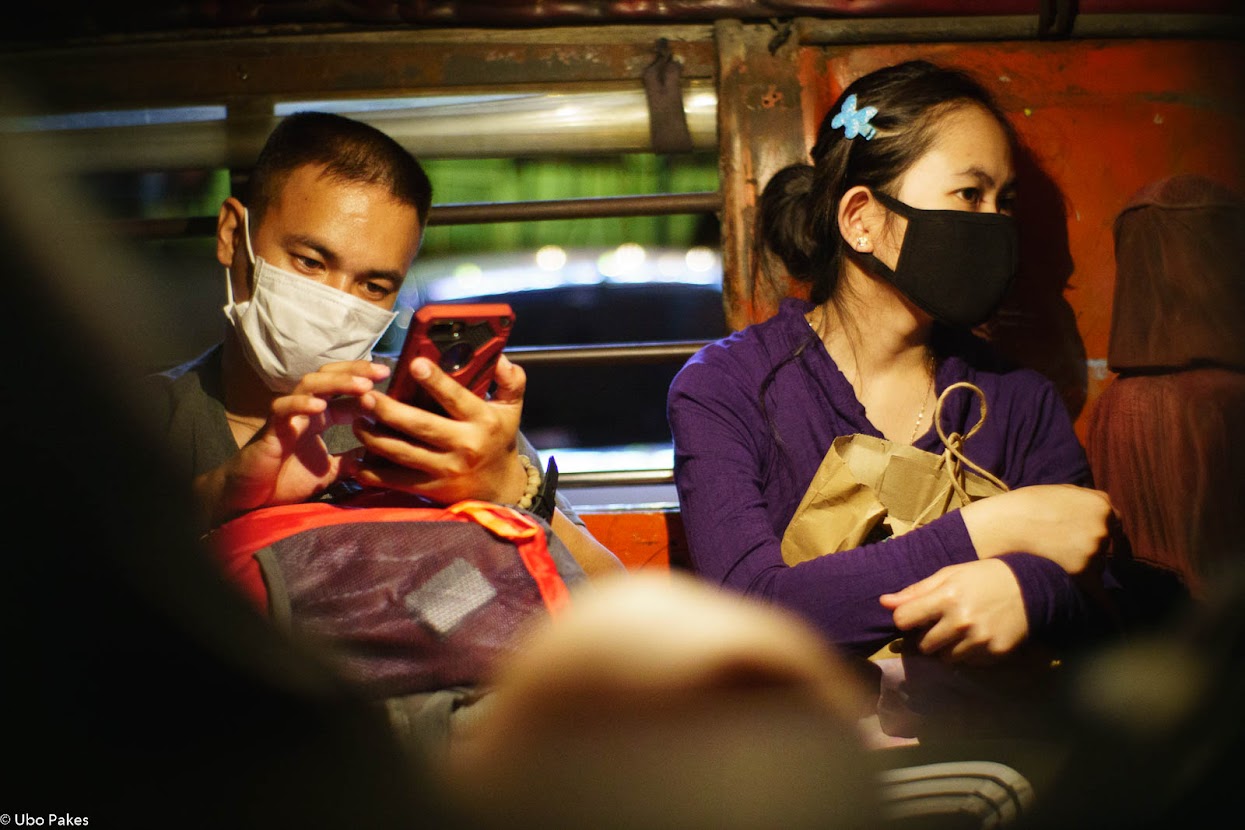 "Worlds Apart: to commuters, worlds apart but moving in the same direction" 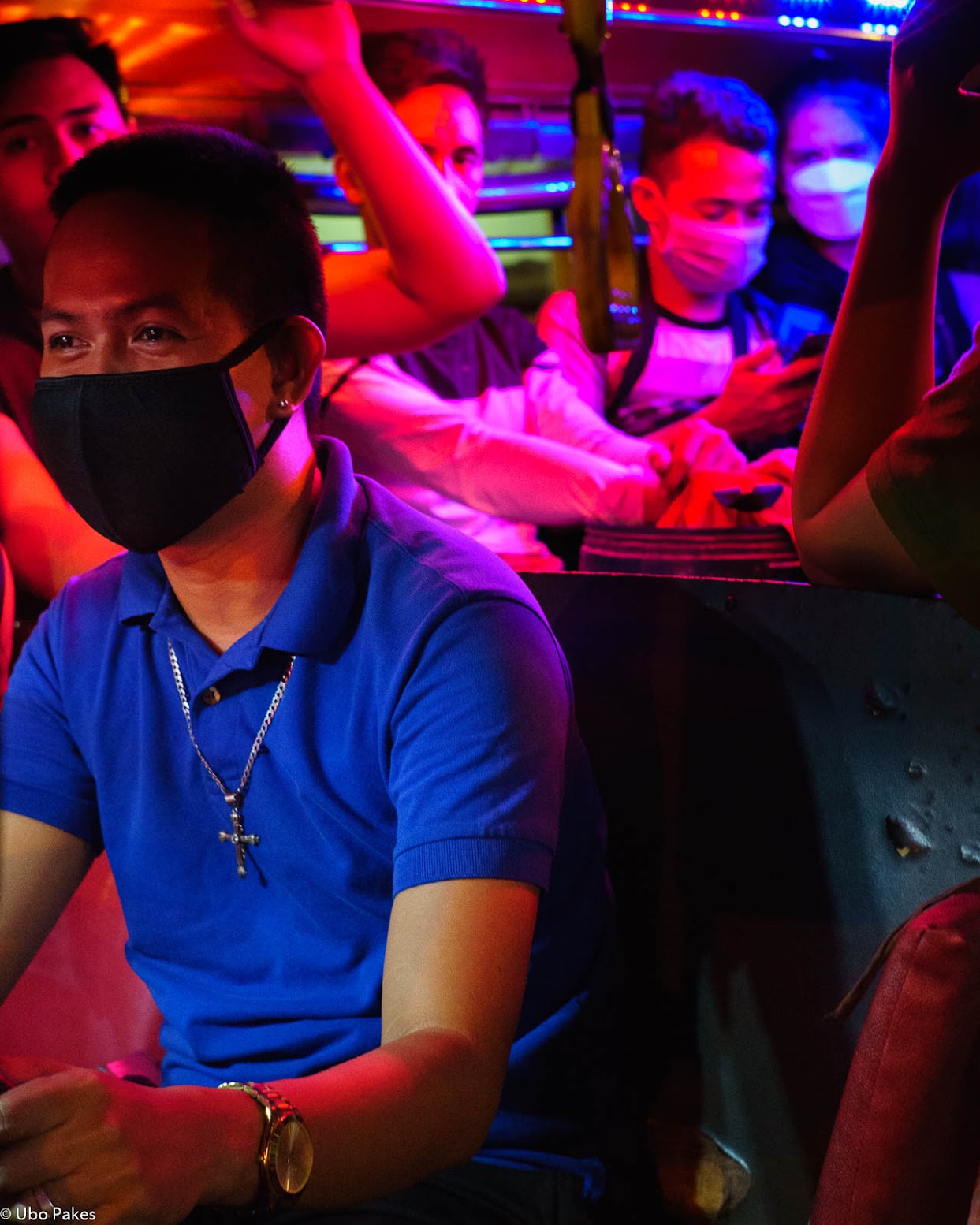 "Keeping the Faith: driver and passengers all connected through their faith and facemasks" "Suspicion: Not sure what is going on" 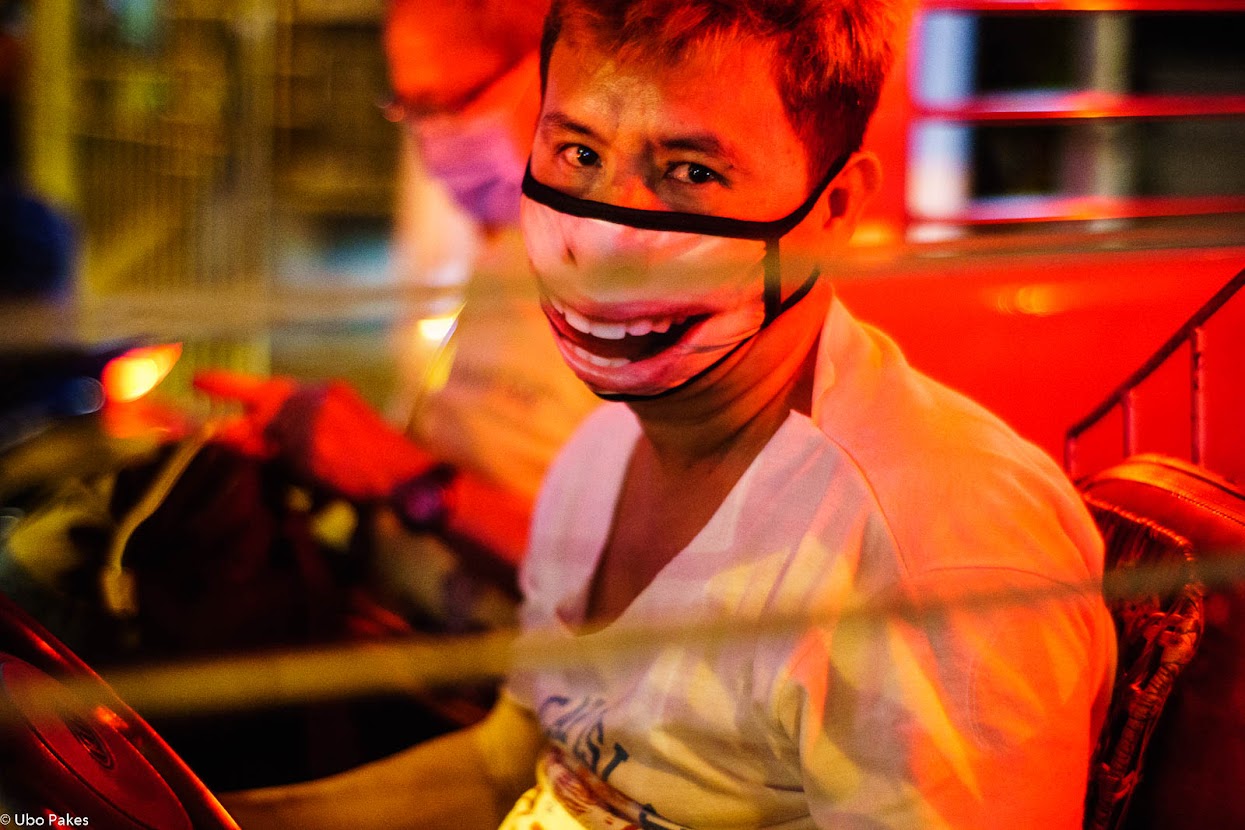 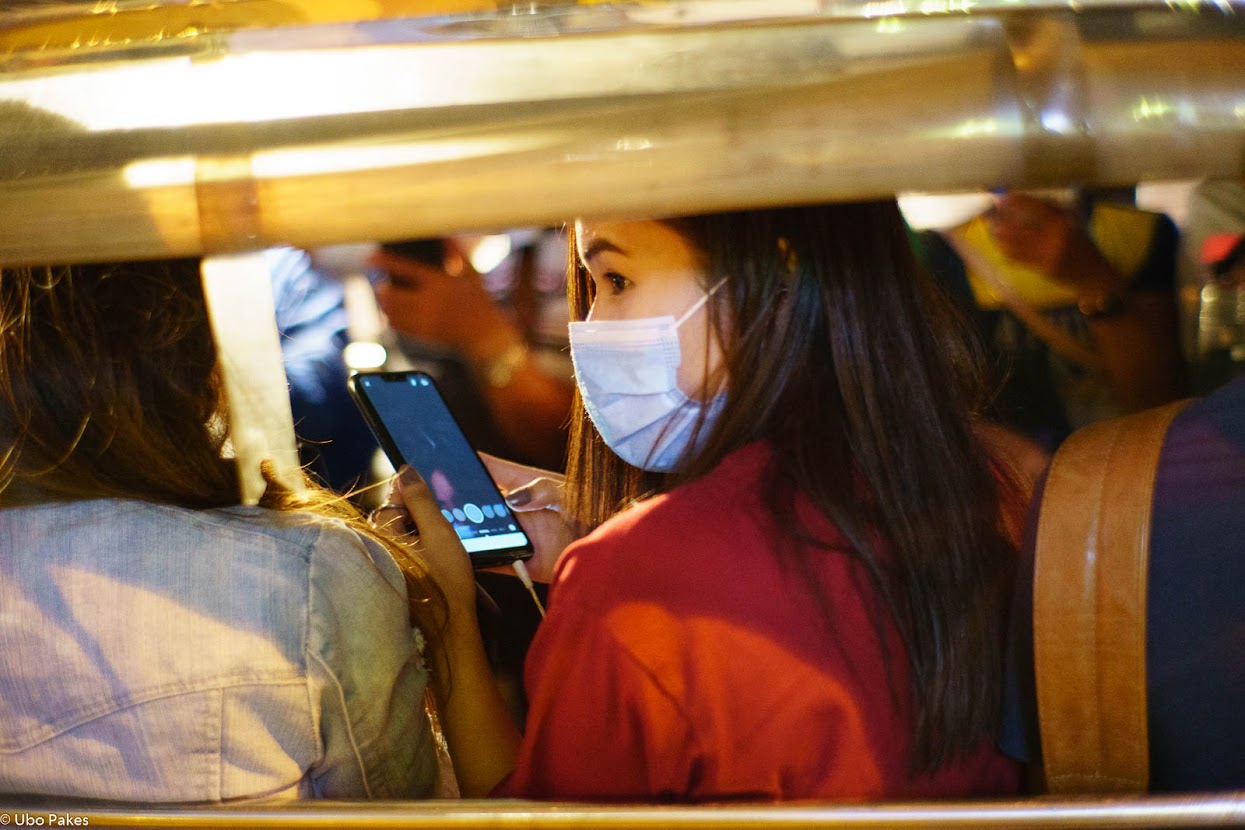 "Onine: video call with a facemask from the Jeepney" 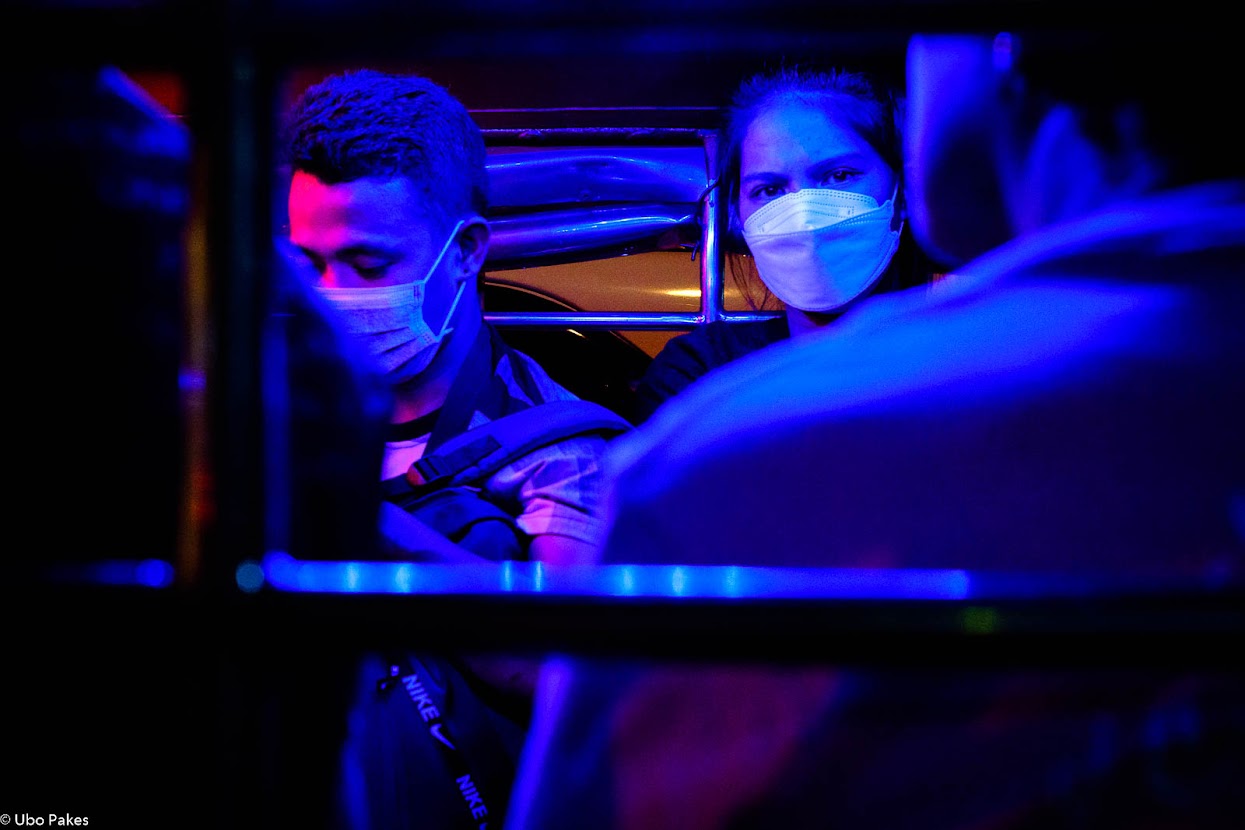 "Into the Blue: portrait of people in a Jeepney"

Facemasks in action; life and times amidst a COVID-19 scare

Last March 12, the Philippines was already for a while feeling the brunt of the Corona virus. The reported number of cases was still low, but stories and rumors were spreading fast. That day, I had a number of meetings scheduled in Manila. The plane going there early in the morning was empty. Very empty. I had three chairs in a row for myself and I was not the only one. That had not happened in many, many years. People were starting to be afraid to travel.

That afternoon, in the office, rumors started spreading that Pres. Duterte would hold a press conference and the Philippines would be placed under a lockdown. Also, some documents showing the preparedness of local instances circulated. That’s when the panic started. Go home or stay, or go home to the province. What time would the press conference be? Some of the foreigners even started considering leaving the Philippines.

My wife would join me that night, but when I tried to call her to tell her to stay home, she was already in the plane. Later that night we learned that the lockdown (or Enhanced Community Quarantine) would only start on Sunday and would only concern Luzon. We had tickets home for Saturday, so no worries for now. Let’s check in early on line and make sure we go to the domestic airport very early and we should be fine.

That night, we had diner at a small open-air restaurant and I noticed that traffic was heavy and that almost all people were wearing face masks. I staid out for an hour or so to document this life before the lockdown. People did not seem to be so worried here on the streets. Maybe just tired and too willing to go home. The jeepneys were brightly lighted and stuck long enough in traffic to make photography possible. Many of them didn’t even notice that I almost put the lens into their faces. Only the drivers, always looking for an extra passenger paid attention.

Social distancing, the magic word later in the Philippines was not yet applied. But then, how do you apply social distancing in an overcrowded city where all public facilities are stretched to the max?  Here are some of the nicer images of an area that will have deserted streets now. Now you need a pass, one per household, to go out and get your necessities. Curfew starts at 8 in the evening until five in the morning. Filipinos are early risers.

Ubo Pakes is a Dutch national and is an environmental engineer by profession. He moved to the Philippines in 2008 and photography became a way of getting more acquainted with the many different aspects of Philippine culture and the many differences between his home country and the Philippines. Observing the world around him through his camera is a great way to remain curious of the area where he lives.

Living and working in a big metropolitan area like Cebu has directed his focus on the many people who are working and living a big part of their lives on the streets of the City. Creating portraits turned out to be a great way to be in contact with society, learning parts of the language and the customs of the big city and surrounding province. His interests are mainly in documenting the faces and lives of ordinary people in all facets of daily life.