The Immense Power of Imagination in Art 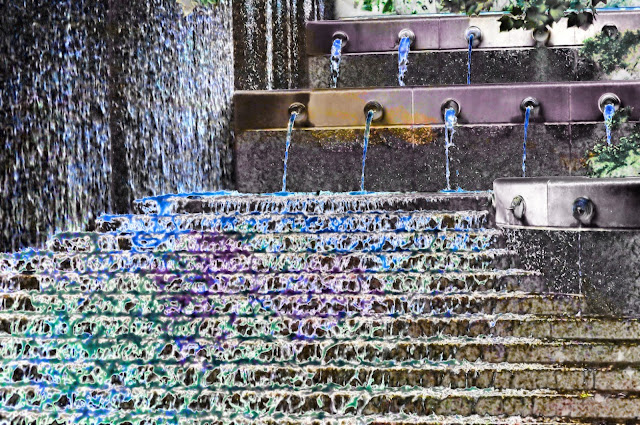 As I work with emerging artists, I often see amazingly talented artists who have skills that far surpass my own. In every way they have the potential to become great artists and masters of the craft. But they are lacking one key element to move them from artist to master.


I am sure you've seen artists who have great talents but they lack that one primary element. The interesting thing is, most artists who lack imagination aren't imaginative enough to even realize they lack it. They rely totally on the skills they've used all their lives, often painting the same thing over and over again because they know it will sell. Some know they are lacking imagination but they are afraid to branch out because they think their work will not be accepted.

I have a very close friend who was a major author. He wrote 4 or 5 books all in the same genre and became fabulously well known for them. But he grew bored with the same genre and after awhile branched out into something new and innovative. While he still sold copies of the newer works he was never accepted in quite the same way as he was in his earlier works. You would think that the message of this is "don't try something new". But if we don't take chances and explore our imaginations in new ways, we may be rich, but we will never be happy. He was lucky enough to say "money isn't everything, imagination is". The new works made him happy and while people still praise his earlier works the most, he found more satisfaction when he branched out than he ever did staying within his earlier skill set.

Artists find imagination in the oddest things. I know one artist who's total imagination is in color. How can he manipulate the color palette to achieve totally new designs. For me my imagination is totally tied into experimenting. I get bored staying with the same thing. If I can evolve my skills constantly, I keep my imagination fresh and new. This does not mean that my work is all over the board. I still achieve whole series of works dealing with the same subjects and ideas and even the same materials. But each work is subtly different and uses combinations of skills that show a marked evolution from the first piece in a series versus the last.

But what is imagination? Its something we do every day without even consciously realizing it. We do it when we see a cloud in the sky and it suddenly becomes an object. We do it walking down the street and something commonplace suddenly becomes something new. We blink and think "huh for a moment I thought I saw..." and then we shrug it off and go about the business of the day.

Its that flash of imagination that is the artists stock in trade. Its how we do what we do. Its what gives us the insight to create a masterpiece from nothing but some paints and a piece of canvas. Without it we are nothing.

But even artists forget to pay attention to it sometimes. And we shouldn't. If anything we should be forcing ourselves to take notice when it happens and encourage it in everything we do.

Try this exercise. Stop at least twice a day and look around where you stand and choose one object and imagine it to be something else. It can be anything. The point is to use your imagination like a finally tuned machine. Stop seeing the world around you and start seeing a totally new world.

I think this may be why drugs like LSD became so popular. Because you suddenly see the world in a totally different way. Creedence Clearwater Revival wrote a song years ago called "Lookin' Out My Back Door" that states it clearly.

I'm not proposing that artists should start taking drugs to get great ideas. In fact I don't think we really need them. I think artists have a way of creating their own natural high coupled with their imagination that make drugs totally unnecessary. Its the creative high that makes it all worthwhile.

If we ignore this most amazing talent that lets our minds soar to new places, then we never let it reach its true potential. In turn our art never reaches its true potential. But when we do we are in our element. We are not seeing the world as others do. Instead we are using our art to let others see that world we see. Because that's what our imagination does. It lets us see the world through rose colored glasses and lets us use our talents to give the world a glimpse of something they cannot see themselves.

Look at the image at the top of this article and think about your imagination as a stream of water which starts in one place and as it flows it merges with other ideas and changes and changes until you can no longer even identify where it began.

Take the time to exercise your imagination and letter it flow and see where it goes. You may surprise yourself.
at 12:00 AM