Making Your Bones - The Cult of Personality & The Artists Reputation 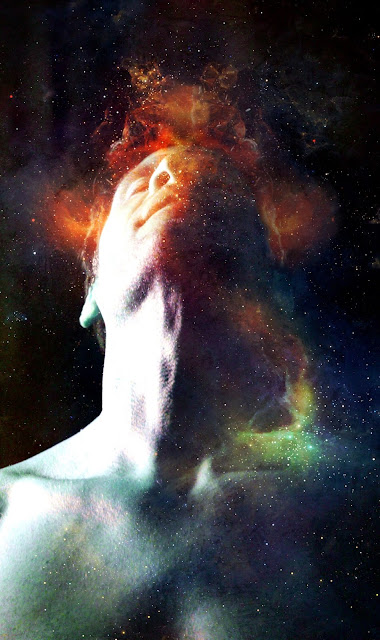 Making Your Bones is an old Mafioso term for making your reputation by killing someone.

Reputation is a tricky thing. No matter how much you try to steer your reputation in a particular direction, like a stubborn cow that doesn't want to return to the barn, it will probably wander off down a totally different path.

New artists have the idea that reputation is built from what they create and where they show their work. While those things may play into an artists reputation its really just the tip of the iceberg.

In the olden days (BI - Before Internet) it was more in keeping with this view. The artist was rarely seen except in a gallery or in the occasional newspaper clipping. It was a lot easier to manage your reputation and steer your publicity in a direction that you wanted. The same does not apply today.

This is not just an artists phenomenon, it occurs for every single human in the world now who is in part linked into the vast network of the cyber universe. This makes managing our intellectual capitol a whole lot harder.

One stupid off hand comment text messaged to a friend after six beers in the downtown bar can devastate your carefully groomed reputation. One upset customer who didn't like the portrait you painted of them can spread a web of evilness across the internet that can plague an artist for years.

The biggest problem is that we have a concept in our brains that a reputation is a single thing. Its not. A reputation comes from every single person that you come in contact with. It is made of thousands of tiny snapshot images of who you are. The more people who know who you are and what you create, the more exponential these images become and the harder it becomes to manage your reputation.

First the artist struggles to even have a reputation. They think OK if I get my work into that gallery then people will see me, adore me and buy my work. Rarely does it work out that way. Instead, a solid reputation is built of all the thousands of interactions you have with people. Yes being seen in a gallery is part of it, but what does the viewer of your work really know about you? They may want to drop a grand on a piece of your art but in these high tech times they are more likely to go out and research you a bit. Find out who you are, what others like about your work and why its a good investment to buy your work.

All these things come back to reputation and the buyer doesn't even have to leave the gallery to do it. They can stand in a corner with their smart phone and find out tons about you.

Surprisingly a good reputation isn't always built from good things. People like the "bad boy" or "girl" or even "gender queer". Look at Picasso for example. He was a notorious womanizer. He loved his female companions and composed great works around many of them. He was known for this and instead of the public frowning on it, it only increased his reputation.

So building a reputation isn't about always doing everything perfectly. That is boring and the public knows it. An artist without a slightly tarnished reputation is like a painting with no soul. Its just not  great art.

But for most, the simple act of even having a reputation is often the hardest obstacle they have. A totally unknown artist may indeed succeed based totally on their work, but an artist which comes to the table with a personality that stretches far beyond their canvas will be remembered.

But for most we have little to no control over this anymore. Those snapshot images build and build and people talk and we must take what we get from it. If we are dealt a bad reputation then the path towards rebuilding it is slow and torturous. But gaining a good reputation can be almost an insurmountable task.

So consider your reputation as you proceed down the path of a career artist. Don't try to manage it because its a waste of time, but its okay to nudge it a bit. But remember, beyond anything else you have opinions and your allowed to state those opinions and you are allowed to share them in your art. If you shut up and hope that painting of a serene sunset just speaks for you, then you'll remain in a silent void.

Take some time to look at the lives of some of the modern eras greatest artists and see how and why their reputations became what they were. Warhol in particular comes to mind but there are many others. What made them accomplished artists? It was rarely just the art.

The cult of personality lives and we are all subject of its whims.