I think I hit burn out mode today. I've been pushing so hard lately that my mind has just decided to shut down for the night.

Exhaustion doesn't mean stopping. It means continuing on past that exhaustion point and still trying to get as much out of the creativity of the day as possible.

In fact these few short paragraphs have been written over an hour. Without even the wherewithal to put cohesive sentences together. But I did managing to start work on an idea for a hanging mobile, something I've never done before. I also began the conceptual work on the next body sculpture on Tuesday night. And I was able to get one decent piece completed in the Revenant Cycle. 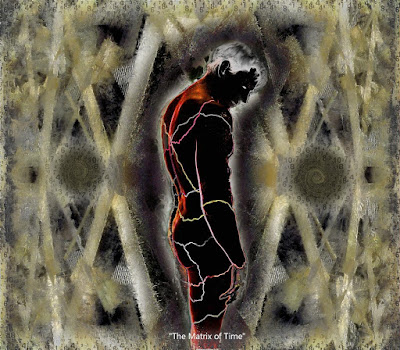 I've been pleased at the reception the Assimilation Art post has been getting. It seems people resonate with the concept better than I thought they would. I've considered starting a Google+ group for artists that would like to delve into it further, but perhaps the time is not right for it yet. I'll consider it further.

I don't know if anyone is trying out the Revolution Art concept I laid out last night regarding celebrity art bombing, but I did so for the first time today and felt it went well. We'll see if others catch onto it and try it out.

There is not much else to tell tonight. The day will end early at 3:30am. The day began at 1pm though so I suppose its still a decent amount of work. But it never seems like enough. It never seems like I am able to accomplish everything that I wake up desiring to do and that depresses me. Regardless of how hard I work, its never enough. Another day awaits though and I'll try yet again.