Turning Body Art From Taboo to a True Art Form

Before I made the transition to full time arts I was a photographer. For years I strove to be taken seriously with a camera. I was constantly asked by people if I used photoshop for my work, never considering that I just had a damned good eye for taking a photo. It was frustrating to the point that one day I said to hell with this and retired and became a full time artist.
I didn't set my camera aside though. I turned it into part of my art. Honestly though, in my decade of running my own photography business I never really was much of a photographer. I was asked many times about technical aspects of my work and just stared at them blankly. I never learned the truly technical aspects of the trade, but I had one thing that many other photographers seemed to lack, I had an artists eye. Even though I did not consider myself a professional artist till much later, it was my art that made my photography stand out.

But during those photographic years I indulged in one other small hobby. I loved to paint bodies. I actually didn't start out with the intention of painting them myself. I would orchestrate shows with models and other artists and plan the events, the themes, the props, etc. Then one day I was ten minutes out from a show starting and missing an artist. So at the last minute I tossed on a smock and went out and filled in the missing artist myself. I was hooked from that point on.

Like my photography though, I wasn't happy to approach body painting in the way other artists were. I kept seeing designs in my mind that looked pretty crappy when I produced them but when I photographed them they became something extraordinary.

I refined this process over and over again gradually moving away from live shows completely and moving the models into my studio to work with. When I became a full time artist this became one of my primary art forms.

One day a gallery caught wind of what I was doing and sold one of my pieces (see photo) for just short of $7,000 dollars and I knew I was onto something.

Over the years I've refined a process that is only in part body art and part photography. Its a lot more now.

But one of my biggest concerns is that while I took the art form very seriously, many others don't. I've often run into a snobbish bigotry from those in the art world that body art should not be attempted by serious artists. As has been the case with my whole career though, I rarely listen to those kind of experts and do it my own way anyway.

And I watch the field closely. While there are some amazing body artists out there, they tend to focus on the design of the body as if they were painting for a live audience. In fact (and its probably because I've just never seen them), I can honestly say I've never found a body artist who treats it as an abstract art form. Its more about fantasy art, super heroes, cool looking concepts, but rarely does it seem to reach the level of a pure artistic form. Yes I'm probably being a pompous ass about this, as there are some body painters out there that have skills that far surpass anything I could ever do. But they don't seem to create for the camera. They create for the body.

I think that because body art is so ephemeral, lasting only the time that the paint is on the model, that its not taken as seriously. There are some very serious artists out there though that photograph and document every single model they paint and some of those images sell for very high prices.

It should be taken seriously and it should be considered just as valid a form of art as other forms are. I think with time and attention it can become a true art form. In fact because it blends the elements of performance art with visual art, I think it is in some ways more flexible and adaptable than other forms of art.

But we are  a long way from accepting nudity in any form as a general art form. You would have thought this would have been dead subject the moment Michelangelo created David. But even as recent as a few months ago a body painting event in Macon, Georgia got shut down by a town that thought it was immoral and that heaven forbid there should be liquor served in the same place where nude bodies might be.

If we still face this kind of ridiculous attitudes today, then removing the stigma from any art form that deals with nudity is still a ways off. 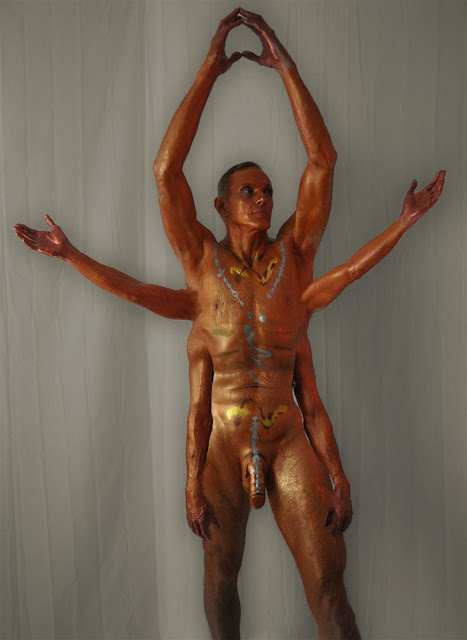 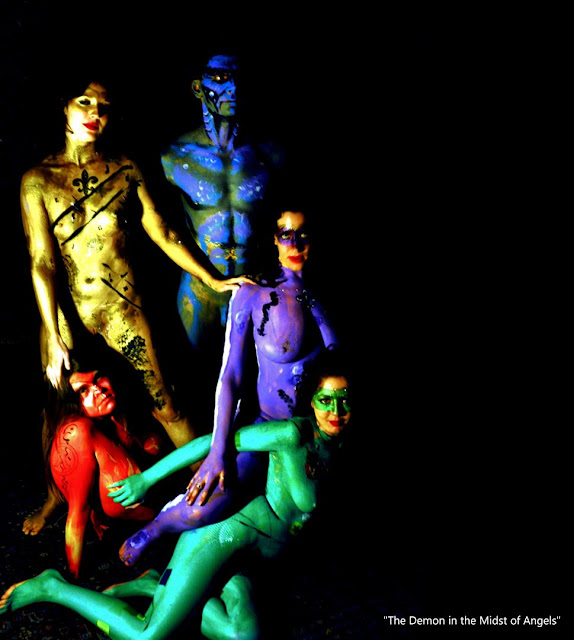