About a year ago, when I was first beginning to work with architectural shapes in sculpture I took on an immense project. The creation of an 8 foot by 4 foot canvas replica of a cityscape. The finished piece had 86 structural components. Each one took from 2 days to a week to complete before being added to the whole. Approximately 450 hours of work went into its completion.

The piece entitled Mark of the Beast was a representation made of a comment made by a resident of Salt Lake City, Utah. On commenting on an extremist christian group having a meeting there the resident said that this groups ugly and dangerous views cast a shadow upon their beautiful city.

When I read it I had a flash of a city shining in the sun with the shadow of a giant cross hanging over it, casting a blackness upon the heart of the city.

I wanted to cast a city that represented all cities not just Salt Lake. So despite the fact that the piece was not a very practical piece of art, I set about creating the vision in my mind.

Those that have commented on it have said that it was perhaps one my best pieces since I began as an artist.

I never took the project on to sell it. In fact it was my original hope to donate it to some organization. Unfortunately that never occurred. I took it on to prove I could do it. I took it on to learn about the forms of a city and how to make a beautiful piece that still followed the rules a city planner would use. Of all the work I've done I think it maybe has taught me the most.

Since its completion it has not moved from my studio proper. In fact moving it at all is difficult. While its not heavy it is huge. I've been forced to keep it protected at one end of the studio with no definitive plans what to do with it.

November 2015 has come and it now almost over. The meeting held in Salt Lake City finally occurred two weeks ago. And I promised myself if that date came and went that I had to make some decisions regarding the future of the piece.

After much soul searching I made a hard decision late last night. I've decided that the chances of selling the piece or even giving it away are remote. While I love it and the concept it represents, I have to be realistic about the space it is taking up. So with that said I've decided to deconstruct the piece.

I recently wrote an article regarding the art of deconstruction (read it here), so I won't belabor the details in this post, but there is a certain amount of sense in deconstruction of this behemoth.

The components do not have to be destroyed. With careful reverse engineering I should be able to salvage most of the work put into it and recast them into smaller sculptures. So its not about trashing the piece, but about re-configuring it I suppose.

But it is with a sad loss that I set my sights on beginning the deconstruction process this evening and preparing the studio for it. Its like knowing a good friend is about to die and setting his house in order before that inevitable moment of death.

I've already begun the envisioning process for re-engineering the various pieces to form their own smaller sculptures. And a very basic cost analysis says that in the long run individual sculptures may indeed be more profitable than selling the single piece would have been. The frame itself was handmade and will be stored for the moment and a new canvas placed upon it at a later date.

So with all that said, here is the final photo of the piece taken this afternoon. Below it are photos taken of it in the original photo shoot done on its completion. If anything I have the photo work to remind of the piece and perhaps one day I will make another.

If you'd like to read the original posts regarding the construction of this piece, here are the links:

Tales of the City Planner
Mark of the Beast 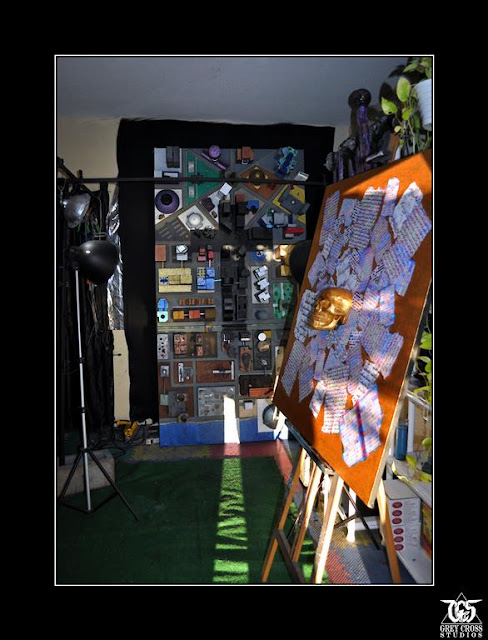 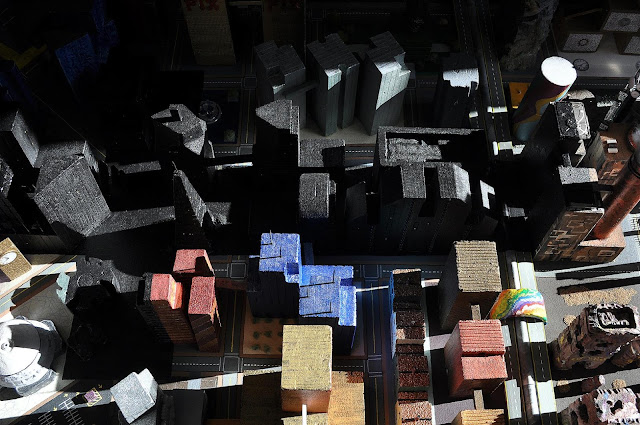 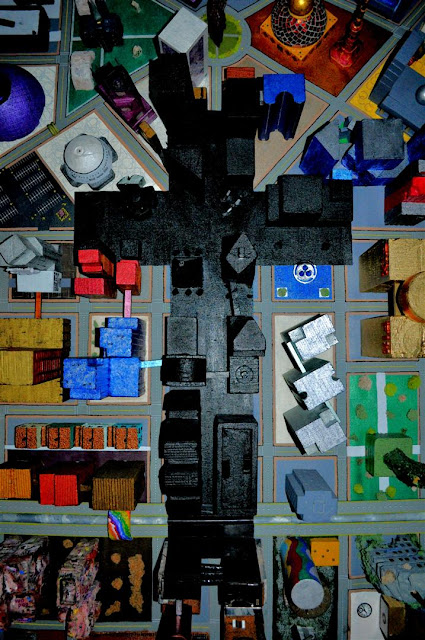 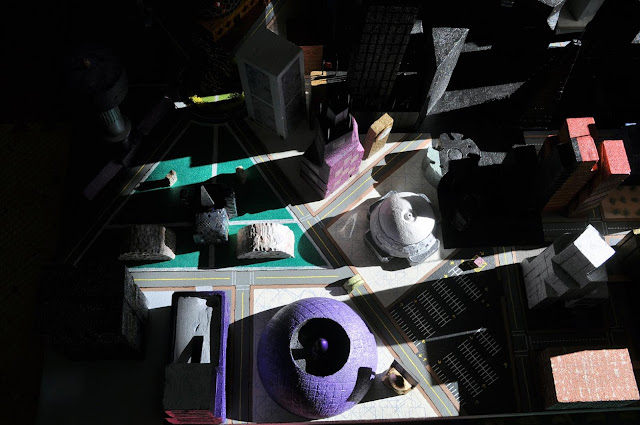 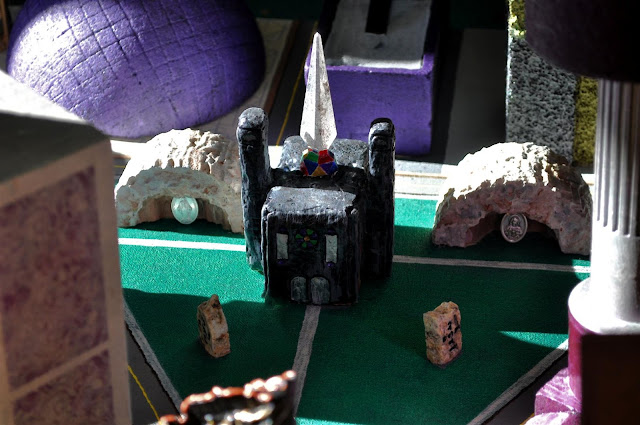 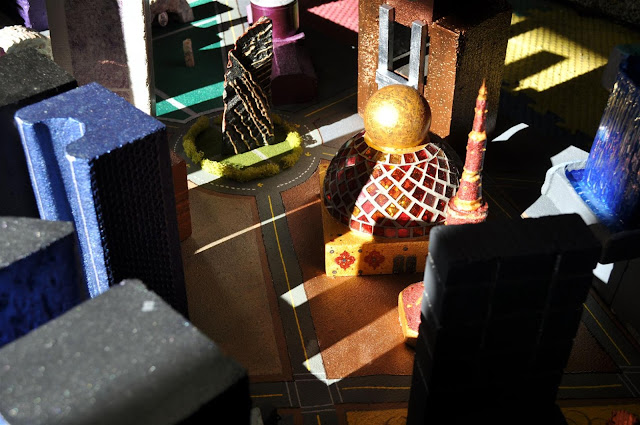 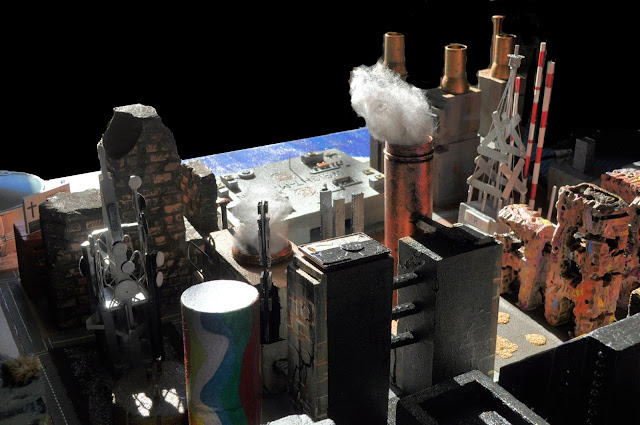 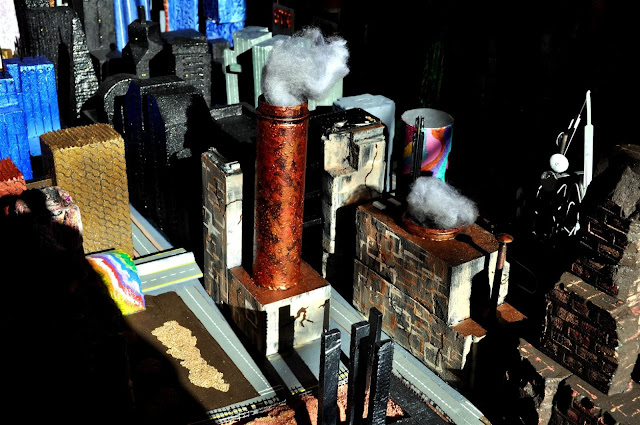 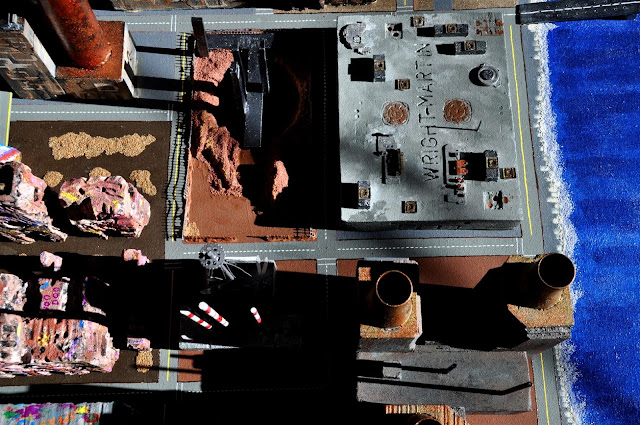 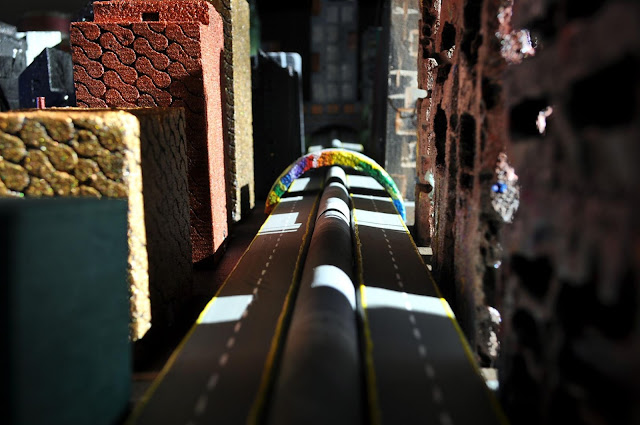 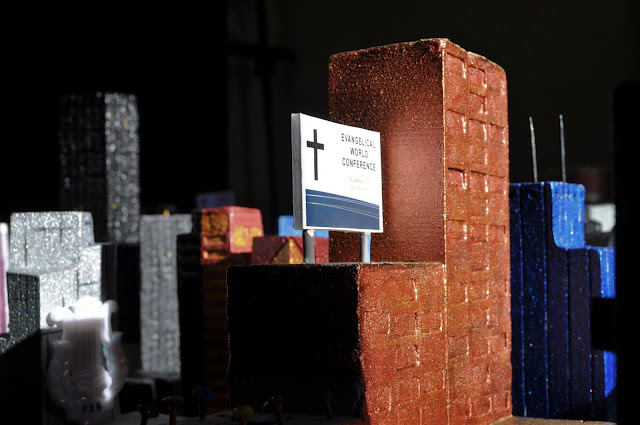 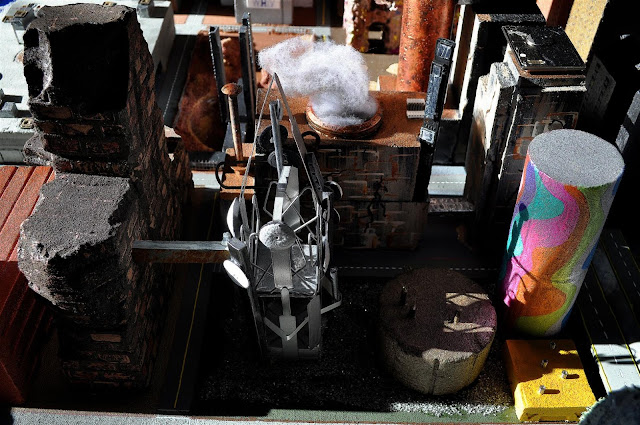 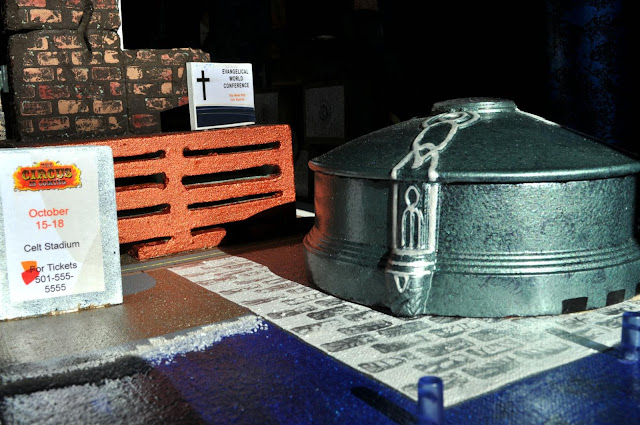 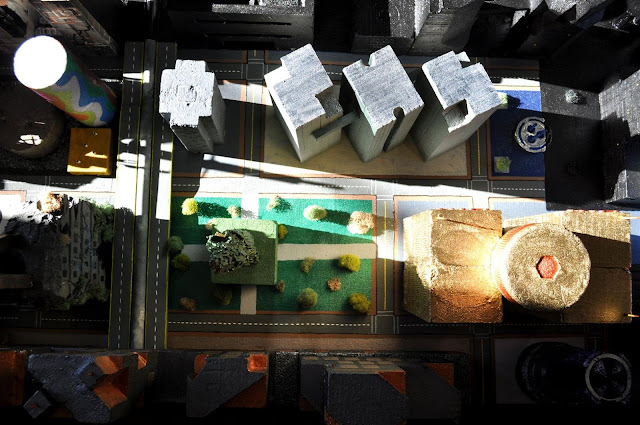