Image of the Day - The Assurian Matrix 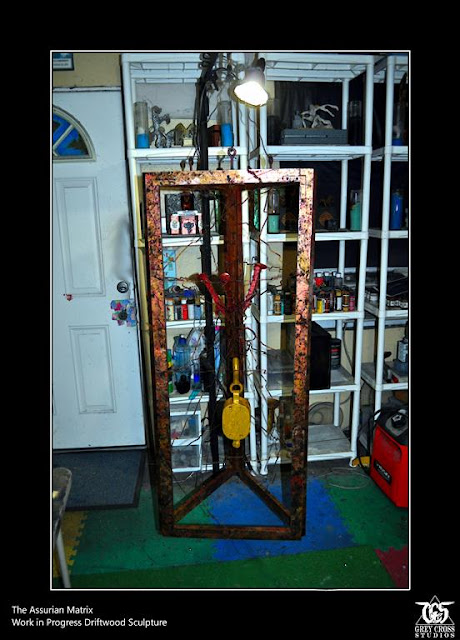 Several months ago I dragged home from the Mississippi River a 200 pound piece of Cypress driftwood shaped like a mastadon tusk. This piece was meticulously sanded down, buffed, varnished, and sealed, returning it to its original dark red luster. It was incomplete though. The piece you see above was originally rainbow colored and hung in the overhang of the studio porch. I'd been doing some moving around and set the two pieces next to each other and realized they were meant to be together.

So tonight was the final stages in this large sculpture. The Cypress wood was mounted in a vat containing 80 pounds of concrete and the piece above went through its final repainting stages and a polyurethane applied to seal it. Tomorrow the two pieces shall finally come together in the studio garden until such time that it is moved to some buyers home. I look forward to the final steps tomorrow. Photos to follow for sure!