Elissa's Tale - The Art of a Ghost Story 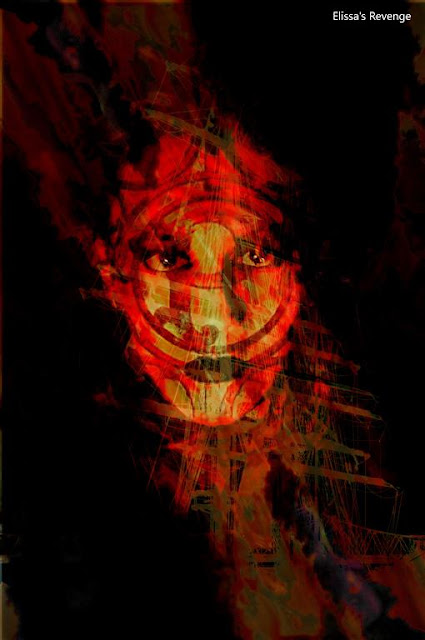 I often tell stories through my art. I love continuing a series of thoughts through a sequence of pieces. This is part of the Assimilation Art process. Connecting the dots I suppose.

I've not told the story of the Elissa in anything but art, but here I will give a sense of the story that accompanies the three pieces in the Elissa series.

The Elissa was a slave ship in the early 1800's. She was named for the daughter of a sea captain who built the Elissa before she became a slaver. The prow of the great ship was made in her image, a beautiful woman gracing the waves. 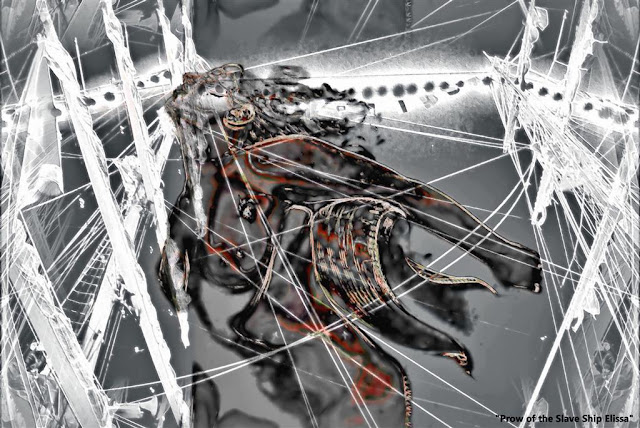 When the captain and his family, including his daughter, were killed in a fire in the family home, the ship was bought by slave traders and put it into commission to bring Maori slaves from New Zealand to buyers in the United States.

On the very first journey there were rumors of odd happenings aboard ship. The crew would see a mysterious woman at night who would rise up from the prow and wander the deck. She glowed as if she were on fire.

Slaves would be released in the dead of night from where they were carried in the bowels of the ship. A powerful Maori chief was one who managed to escape the manacles and rather than see his people suffer in bondage he tried to set fire to ship. Before he could light the main mast he was shot by a barrage of musket fire.

After that no longer did the sad woman walk the decks alone, but was often seen in the presence of a Maori chief, complete with his tribal markings. Like the woman he was limned in fire. 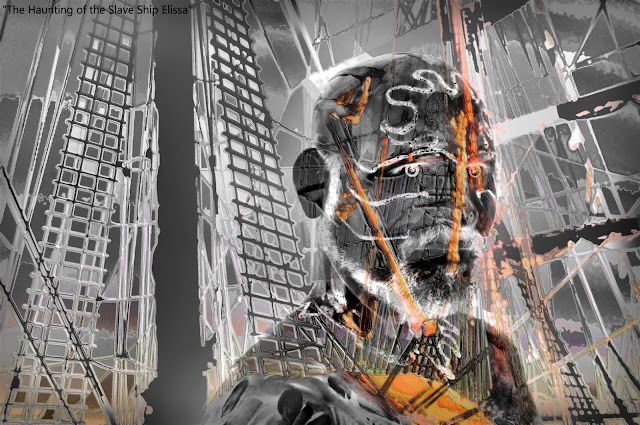 The crew nearly mutinied when many of them began having nightmares of the ship burning in the night. But the owners of the ship ordered her out once again.

On the night of June 21st, the Elissa suddenly caught fire and was consumed. Her crew jumped into the water and survived to tell her tale. There was no explanation for what caused the fire. The only fact that was known was that a woman and a man stood on her deck as she burned and could be seen well after the ship was consumed in flame.

It wasn't until years later that a bright insurance agent noted that the Elissa burned on the same date as her original owners had perished in flame five years before in the family home. 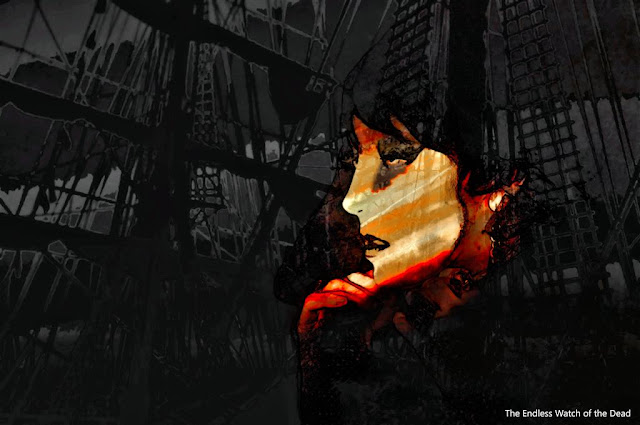 In the spring of 1941 the Cruise ship Elissa II made her maiden voyage out of New York Harbor. The origins of the name were not known to the captain or her crew, but to the financier who built her, it was homage to a distant relative. She sailed only once as a civilian ship before she was put into service for the United States War Effort. She was sunk in the English Channel on June 21st 1942. Those who escaped watched her fiery demise as she burst into flame before sinking beneath the sea. But that was not her end. She was seen at least a dozen times in the waters between Europe and the United States, still on fire but sailing serenely through calm waters only to vanish each time into a gathering fog. The last time she was seen she was sitting quietly at her birth in New York Harbor just before the sun rose. Not a soul moved on her deck. No one seemed to know how she got there. But at least a dozen dock workers read the name on her prow just before the fog rose and hid her from view. When the fog cleared the ship was gone. No one has seen her since. 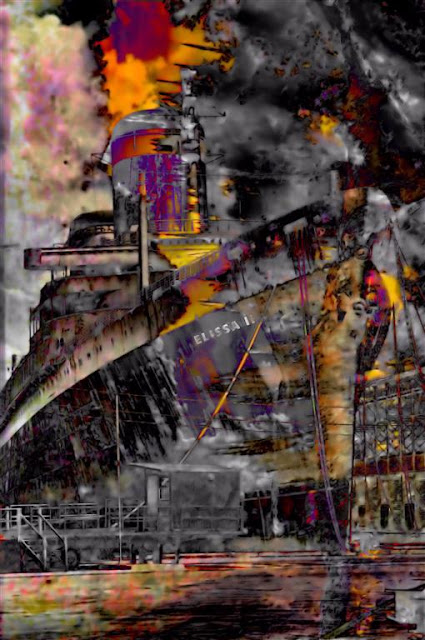 I suspect there will be other tales to tell in this story. When Elissa tells me to create them