The Real Difference Between the Photographer and the Artist


There is a constant debate about the differences between an artist and a photographer. There is so much overlap into each field that it becomes a hopeless entanglement of terms and definitions. I've seen both artists and photographers become angry when someone confuses who they define themselves to be.

What makes me an "artist"? What makes you a "photographer" Is there really a difference?

YES! But it is a fine line between the two that most overlook including those working in both fields.

For me their is a simple rule I use to distinguish where I and others fall on the scale between artist and photographer.

A professional artist on the other hand sees the image as the start of a greater work of art. Yes the end result may still be a photo, but that image has gone through countless permutations to turn it into something new.

Take the image at the top of the page. If I was a photographer, capturing street graffiti then the first image (with a little cleanup work) could stand alone as an example of that graffiti. The artist on the other hand sees the same image in a totally different way. They see it as the beginning of a piece of art that incorporates photo and blends it into something far different than what the original image first captured.

It is always based on what the individual wishes to achieve.

Take this image for example: 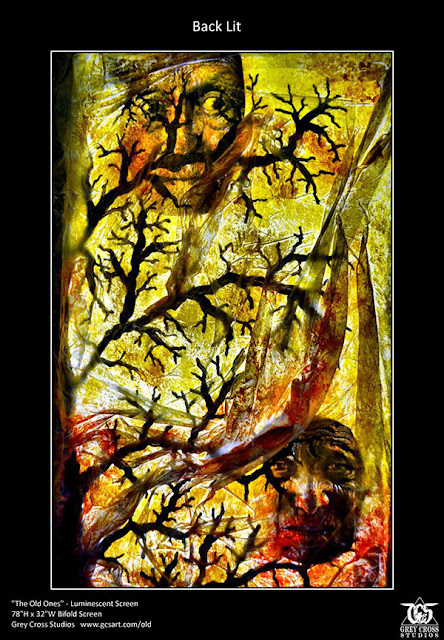 The faces in the image are actually photographs enlarged, changed to black and white lines only and then attached to the back of a translucent piece of vellum. Is there any doubt that this is a piece of art? Would anyone consider it a photograph? Probably not. It is both. But the artist does not perceive it to be a photograph because the photos used were only the starting point towards the work of art.

Is there any doubt that this is a photograph? 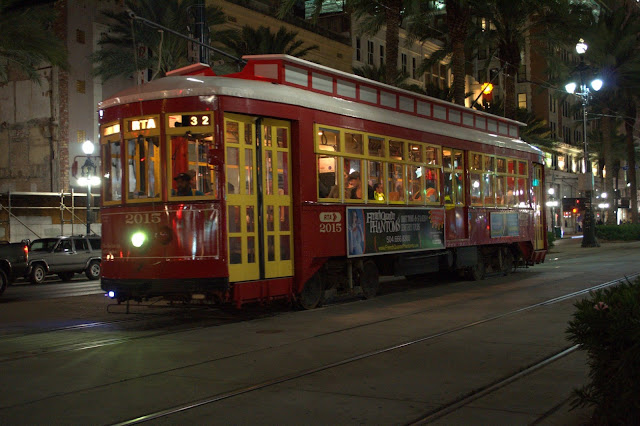 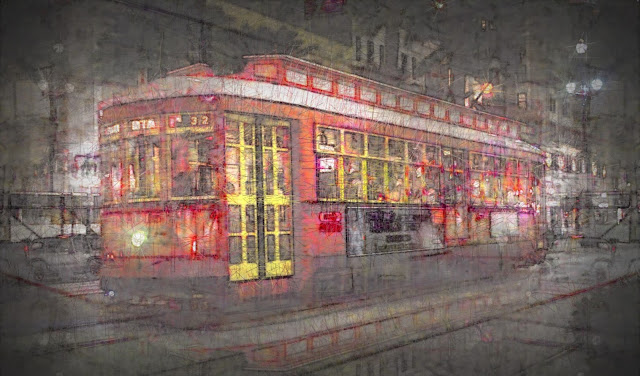 It's both. But whether you are a photographer going out to photograph street cars, or an artist creating art about street cars, your definition is different. The photographer has shot a finished piece of work. The artist has only begun.

We have to ask ourselves, does it really matter which we call ourselves? Yes I think it does. I was both. I was a professional photographer for many years before I became an artist. There is not a day that goes by now where I don't still use my camera in some way. But I no longer identify as a photographer because I no longer see the single image as the work I am creating.

For those just beginning the journey of a photographer or an artist  they may find themselves totally confused as to what they should identify as. They think that identity has to be wrapped up in the equipment they use, not the way their mind sees the photo. A photographer with a lot of high tech equipment may find themselves unable to consider themselves artists because their identity says "photographers have equipment". In reality I know many artist who have just as much equipment as a professional photographer but never consider themselves as such. Why? Because their identity is grounded in the concept that no photo is the end of the line. It is only the beginning of it.

In the end, whatever you call yourself, you should seek the benefits of both artist and photographer because it will make you better at your chosen career and diversify your portfolio in new ways that you may have never considered before.

Its only then that you stop being just a photographer or just an artist and truly become a "creator".