The Higher Calling of an Artist 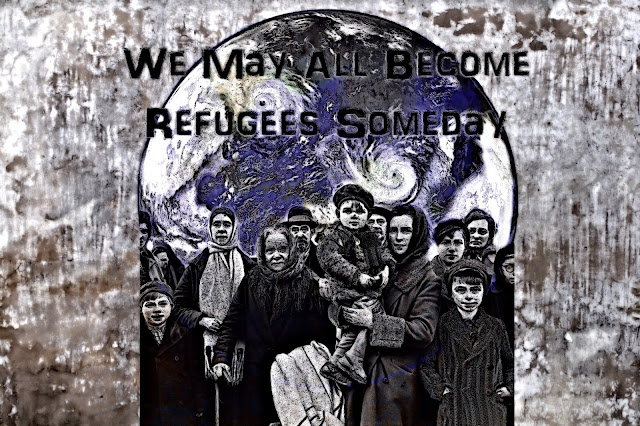 As artists develop and mature, they often find themselves taking on subject content that is far more than just a piece of art. It marks them and it labels them. We choose causes that are often not politically correct, are taboo or not in the mainstream. We choose them not because they make us feel good, but because we are willing to be shit upon in order to try and make the world see its problems in new ways. For example, Dissident Ai Weiwei has taken on the plight of refugees as his own. It has marked him and he has marked the debate about it. He is forever changed because of it and the subject of refugees has been forever changed because of him.

I consider this a sign that an artist has gone to the next level in their development. They are no longer just focusing on their skills and personal development, but reaching out to take on subjects of a higher calling. Subjects that others would find daunting and refuse to go anywhere near. They risk their careers and their reputations in order to bring a message to their art that some might find distasteful. But they do it nonetheless because they must. They understand that to be an artist carries responsibilities with it to not only draw pretty pictures but to teach with their art.

I am not sure when we find this within ourselves. I do not think that it is a sudden "ah hah" moment where we all of a sudden think "I MUST do this". I think instead that it is a slow progression of our talents and our ideas that brings us to the subjects that we are meant to tackle.

In the past months I've come to the realization that the issue of "Climate Change" is one of the issues that defines me and which I have been defining in my art for quite some time. 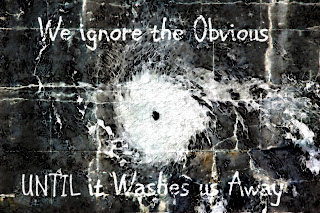 I was born and raised on a tiny island in the north Atlantic. Hurricanes were a constant threat and I watched the adults around me work to hold that island together from each storm that came. I think right then and there I was marked.

In 1978 I moved from Massachusetts to Michigan, but the night before we were to fly to the Midwest the White Hurricane blizzard of 78 came along and it was 4 weeks before we could make the move because the roads were impassable. I was marked yet again.

In later years as an adult I spent ten years traveling around the country as an errant vagabond. I had the opportunity to see and experience close up everything from flash floods to raging forest fires.

Eventually I came to live in the city of New Orleans and was here when Hurricane Katrina destroyed much of the city. I remember the panic as we waited for 20 hours in traffic and watched the first bands of the storm make landfall. I was one of the first to return with an early recovery team to prepare the place I worked at for FEMA workers to stage at.

Later for Hurricane Ike I made the decision to stay and face the storm. I worked with news crews out of Miami who had come to see if the storm would again destroy us. I watched the water creep to the edge of the levees and watched the city I now called home sit in dread fear that it would not survive another storm. 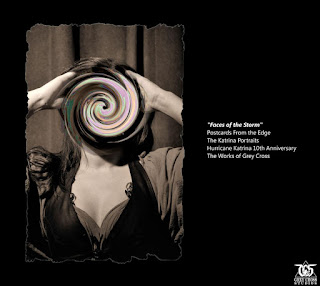 All of these things marked me over the years to want to take on the issue of climate.For me the "ah hah" moment came when I suddenly realized one day that I'd been gradually delving deeper and deeper into the subject of climate for years and not even consciously realizing it. My portfolio was replete with examples of climate, from sculptures, to digital art and paintings. This was the subject I was created for.

I was honestly surprised. It sort of crept up on me. I've always defined myself as an experimental artist. But suddenly I realized I was also a climate artist and it redefined my understanding of myself.

I've heard so many stories that are similar. The life of an artist cannot be gauged just by the works he creates, but by the messages he/she tries to impart to the world and often that message has been coming throughout the artists whole life.

Does this mean that any given artist only has one path? No, definitely not. We have a many paths within us and we choose them based on where we are headed in our lives. That path can most definitely change over time as we take up other causes and messages. My personal belief is that we are not meant to stick to one path. We must explore many of them. But we also must take up causes that have meaning to us. Its what we are meant to do as artists.

I do not advocate that you search out these paths but I do truly believe they search you out. So keep your eyes open to what touches you the deepest and how does it translate into your art? Does it translate at all? If it doesn't perhaps it should.

You can view more of Grey's Climate art at: 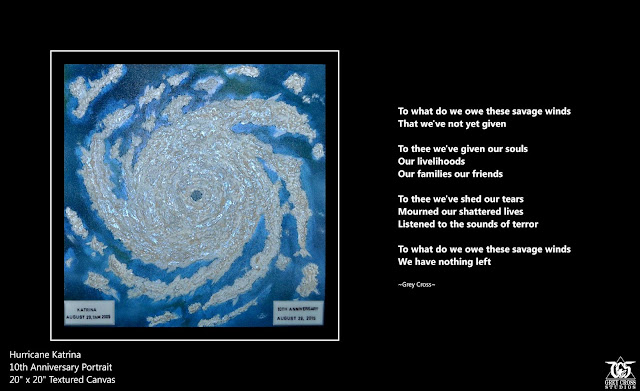