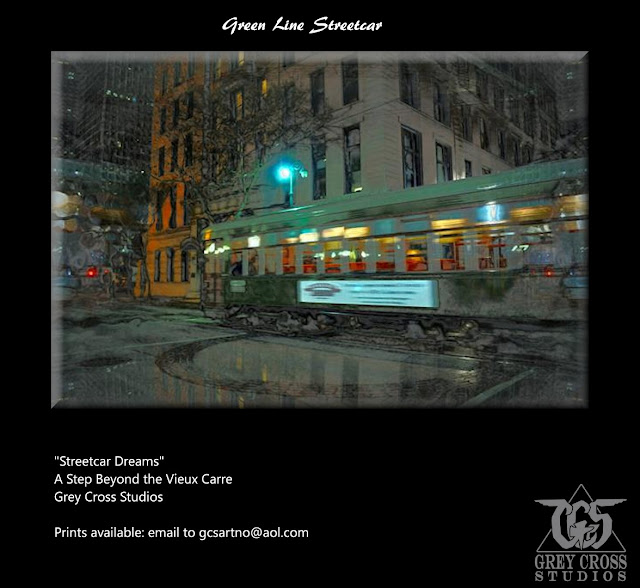 I walked the streets of Sydney. Dogs barked and the scent of oil, garbage and food recently cooked hit me - a pleasure and pain - a curse of memory so strong that it felt real. Like the hint of gardenia and jasmine. Heady yet fading as soon as I inhaled it.

I ran toward the last remnant of it and was joined by others criss-crossing my path.  They reached out to me, the maker of stories.

I passed them coming to the area known as the rocks where old houses stood in neat preservation. Standing after the protests of the seventies. The Harbor Bridge loomed to my right, gleaming in the half light.
A woman suddenly appeared and slammed into me. I went into a spasm and relived the moment of her death, brief and terrible before she was out again hovering, eyes fixed on mine  before being sucked back into that half void. Not her story this time. Another would come with secrets and shame, passion and longing.


My focus faltered. I remembered my own longing.  Would tonight bring a resolution?

I’d been in a café when there was a blackout. A split second of fear then laughter and candles. The green eyes of Caz. Soul of a jazz singer; waitress studying psychology.

She often cut close to the bone. Too often had high expectations. I was too fragmented, and in the end she found no pattern in me to glue together.

I stumbled but was not allowed to fall. I saw... a child sprawled half across the street and footpath.

No I yelled. But it was no use. I became that child...

Ten years old with hollow legs and boundless energy.  I was at a park running toward the trees with a dog and a girl. Beyond it flowing stream.

I won’t let this play out. But it does because it is not the boy’s choice but the girls. The scene moves on.

She dares him. Runs back a little then races and leaps across the stream. Her foot slips on the bank and she goes in. She laughs with no fear but the water flows swifter than it appears. She struggles goes under the surface spluttering.

I jump in and follow, try to swim but the water holds me in a vice as we’re swept along. A submerged log stops me.

In many dreams afterward I’ve saved her. Caz would have said the boy was creating a false reality.  I understood it.

On the day of his 11th birthday the car didn’t care about his dreams, his reality. It jumped the kerb of a city street.  A split second, and he leapt in front of his mother...

I wanted so badly for the electricity of the city to be restored.  But it was not to be. I was still caught within the dark residue and echo of thousands of lives.

I’d been subjected to every nuance of grief.  Tonight was one of the worst. And there were more stories to be told.

The secret to an ending has alluded me.

A ding preludes the scrape of wheel on tracks. The tram goes past in a frightening rush. I do not want to see this but am forced to. But it wasn’t me.  Another has leapt up into its path. Dark hair and eyes, his clothes like some steam punk look alike.

He stood perfectly still which was unusual. It stirred something inside me. I drew closer and he turned to look at me. He frowned then ran across paths making his own.

I could not believe my eyes. He was the first who’d ever done that...and I ran after him.   He could replace me. He would replace me I vowed and ran, laughed.

A ding. The tram comes and collects passengers. I release the brake and watch the fool running outside. He looks familiar.

Lightning flashes and there is a power surge; a blackout and I wake with Caz beside me. I lift my fingers to run them through her hair and pass right through.

Diana Whiley is a Mixed Media Artist and Writer living in Adelaide Australia. You can view her work at: https://dianakwhiley.weebly.com/
at 10:25 PM