The Changing Faces of the Evolution Cube 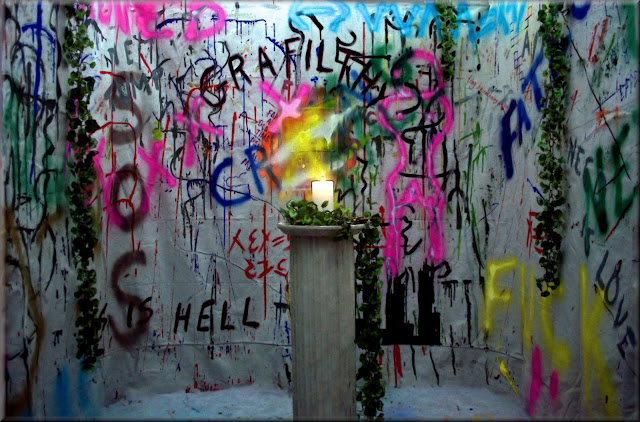 The Evolution Cube was first created as a single wall backdrop for the Abstraction of Humanity series. As its name states, it quickly evolved into something different.

Every day since its creation a month ago it has gone through a slow change, where some elements are added and others are removed.

In its current state it now has 4 graffiti covered walls, as well as a graffiti covered floor and ceiling. The cube is bigger than it looks, stretching 7 feet in width and depth and height. When the fourth wall is added, it creates a completely enclosed space.

The purpose of this strange metamorphosis is to still function as a staged setting for the body painting series, but also to stand alone as its own unique piece of art.  At some point in the future the cube will be dismantled. But then it will transform once again. As the walls are made from canvas, they will eventually be cut into sections and mounted on multiple frames as wall art.

But for the moment the cube will serve multiple purposes. I think its most important function will be to serve a point of inspiration. It is its own environment.

I would like to see other artists working within the cube to create their own unique art either on their own canvas, or directly onto the walls of the cube or even by staging still life within it, such as the photo below. Whatever its use, it is a multi-faceted object which is both art and a place for art. We will see what its future brings. 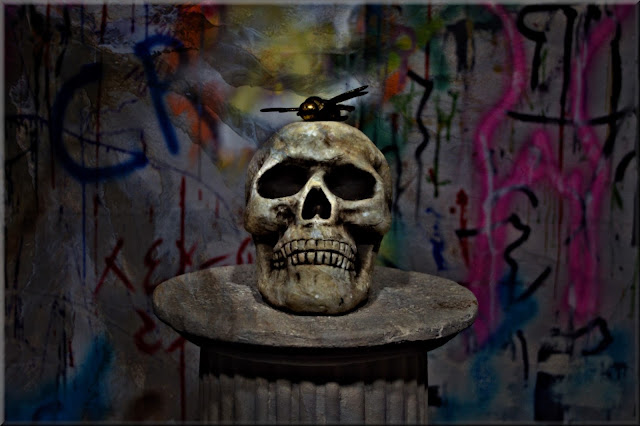