I remember my mindset very clearly when, in 2005, I began writing as a serious business and a vocation for the rest of my life. Physically, as far as where I was going to be spending my time, I was thinking that when it came to life, I was sick and tired of being a person working at things that held no sway for me. I wanted to go back to the feeling I had working in the Theater, that I knew what I wanted, that I was taking part in life, that I was collaborating and creating. The feeling that I was not just being a cog in the daily machine of industry, only to come home and be a consumer. In this case a consumer of entertainment; a watcher.

I made the decision that I was no longer interested in being a watcher, but wanted to become a doer. I wanted to take part in life to the fullest, and transfer those feelings into my written work in order to pass it on to people. I don't mean zip-lining hundreds of feet above the Amazon forest, I mean by observing what is going on with people past and present and trying to report on it through fiction. Not only for the readers at hand, but for future generations as well.

So that is of utmost importance to me, that my work reach as many people as possible, and that my voice may be heard in the time after I cease to exist. I am serious. When I began to write, I was not sure I even had a voice that was palpable and distinctive, but yes, I have now realized fully that I do and I have found it. The fates be praised I have found it, and I am continuing the process of trying to get it into your ears, into your eyes, and to those who come after you. 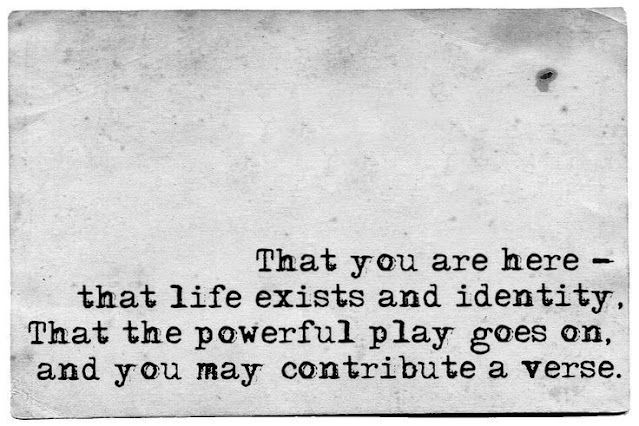 I'm thinking about how I've come to this point in my writing life. In 2005 I was sick and tired of working at things that only held a peripheral interest to me. I had done human services on and off for twenty years, but most importantly was coming off a thirty year career in the theater. Hours upon days of rehearsals in a professional company, tearing apart scripts and trying to get at what truth about life these plays contained.
All I could ever think about was how much I wanted to make my own scripts, tell my own stories and how much I wanted only to pursue the form of my two biggest influences, The Twilight Zone and The Outer Limits. These happened to be the two shows of my youth that most resonated with me, using the unknown and the dark realms to quantify what goes on in real life. Making the people in the stories as relatable as possible, hell, they could be your family, friends or neighbors. Putting them into situations that may never really occur and seeing how they dealt with them.

I took a great risk, of losing all financial support and whatever I thought my place may be in the outside world of work and human congress. But I knew that I was suffering, wilting on the vine, not letting my creativity out and loosed upon the world. Something had to give, and I decided to write. I have already extensively outlined the encouragement I received to that end throughout my life in a blog, Book of Shadows, which I have re-posted on Facebook:

From the beginning, I haven't been able to fight down intense and deep-seated feelings, which many would consider old-fashioned, of wanting to handle my writing in a way that is anathema to many of my current colleagues, compatriots and acquaintances in the writing, and especially genre writing, fields. I want to maintain a sense of mystery to my accomplishments for one thing, never posting word counts or thoughts or degrees of fulfillment toward my writing goals, whether I had a good or bad writing day and what not. I feel most people are interested in your finished product and what you were able to do with that product. I am an entertainment junkie, but a thorough examination of the Film Directing style of say, Robert Eggars, is a discussion that would lose most of my real life friends and family. More on that as we go.

So this journal goes against everything I've struggled to keep hidden from the casual reader, but for my fellow artists, I hope it may help you get a closer grip on what you are after, and what you hope to accomplish. In future I will be laying it all out for you. If you follow me, you may be as mad as I am.

Richard Alan Scott has labored for a half-century in The Arts. He is the school recipient of the Congressman's Medal of Merit and the American College Theater Award of Excellence for acting, presented him at The Kennedy Center in Washington, D.C. He worked for a decade as an actor under Robert J. Colonna at The Rhode Island Shakespeare Theater and as actor and Stage Manager under Adrian Hall and Richard Jenkins at the Tony-winning Providence Company; Trinity Rep. He is a thirty-year member of the Actors Equity Association, as well as a fifteen year member of the New England Horror Writers. He has been a writing member of the acclaimed RI Writers Circle and the Newport Round Table. As a writer he has studied under Christopher Golden and James A. Moore at River City Writers and at Boston's Grub Street. His work has appeared in Premiere Magazine, Shroud: The National Journal of Dark Fiction and Art, and Albedo One: Ireland's top genre magazine, as well as the anthology Walls and Bridges edited by Mark Ellis and Melissa Martin-Ellis. He has finished two novels that are being promoted to agents and he lives in rural Rhode Island.

You can learn more about Richard at his website: https://richardalanscott.com/
at 9:59 PM 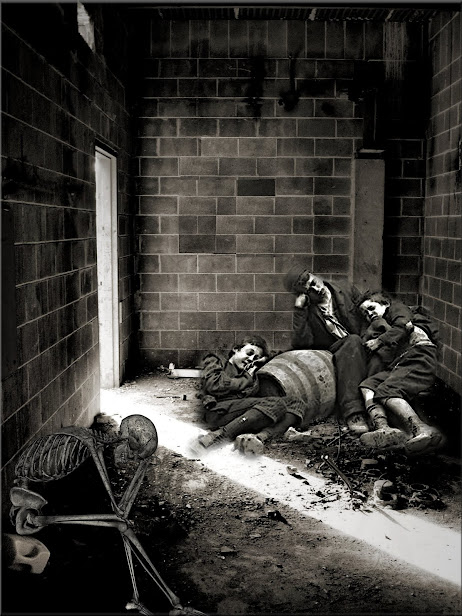 FIND THE GLYPH OF SORROW 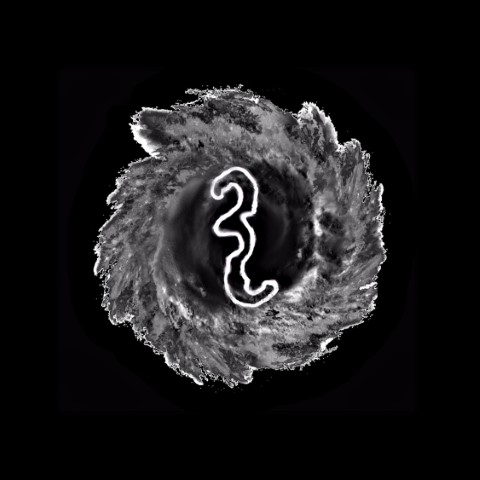 What Are We?
Since its creation five years ago immortalartist has sought to be different from most other creative websites. We wanted to break the rules for how creativity was perceived online.
Static Information Flow
Most content on a web is static. It does not move or change with the users of the site. These are static flat websites. "This apple is red" will still mean the apple is red five years later. We see information as a flow. Creativity is what creates the flow and in turn the apple becomes whatever color we want it to be every moment of its existence on the site.
Emotion Information Flow
What is social media? Social media is the exact opposite of a static website. Put into its simplest terms "Social Media is Emotional Information Flow". On social media, the apple may remain red, but we are sad, happy and angry about it.
Every post you make or respond to on social media represents both a flow of information and a flow of the users emotions. Sometimes creativity is added. The apple is blue because I say it is! But it is not the rule that it is always applied.
The Creative Ecosystem
We are a creative ecosystem. We employ information that helps creatives both learn and promote themselves. We employ a constant flow of creativity which changes the information content constantly. And we employ emotions that allows those who interact with it to see it an emotional gut level.
This blog uses the Living Blog concept, an idea created by Grey Cross
Grey Cross Studios/Immortal Artist Operations
New Orleans
Email: greyacross@aol.com