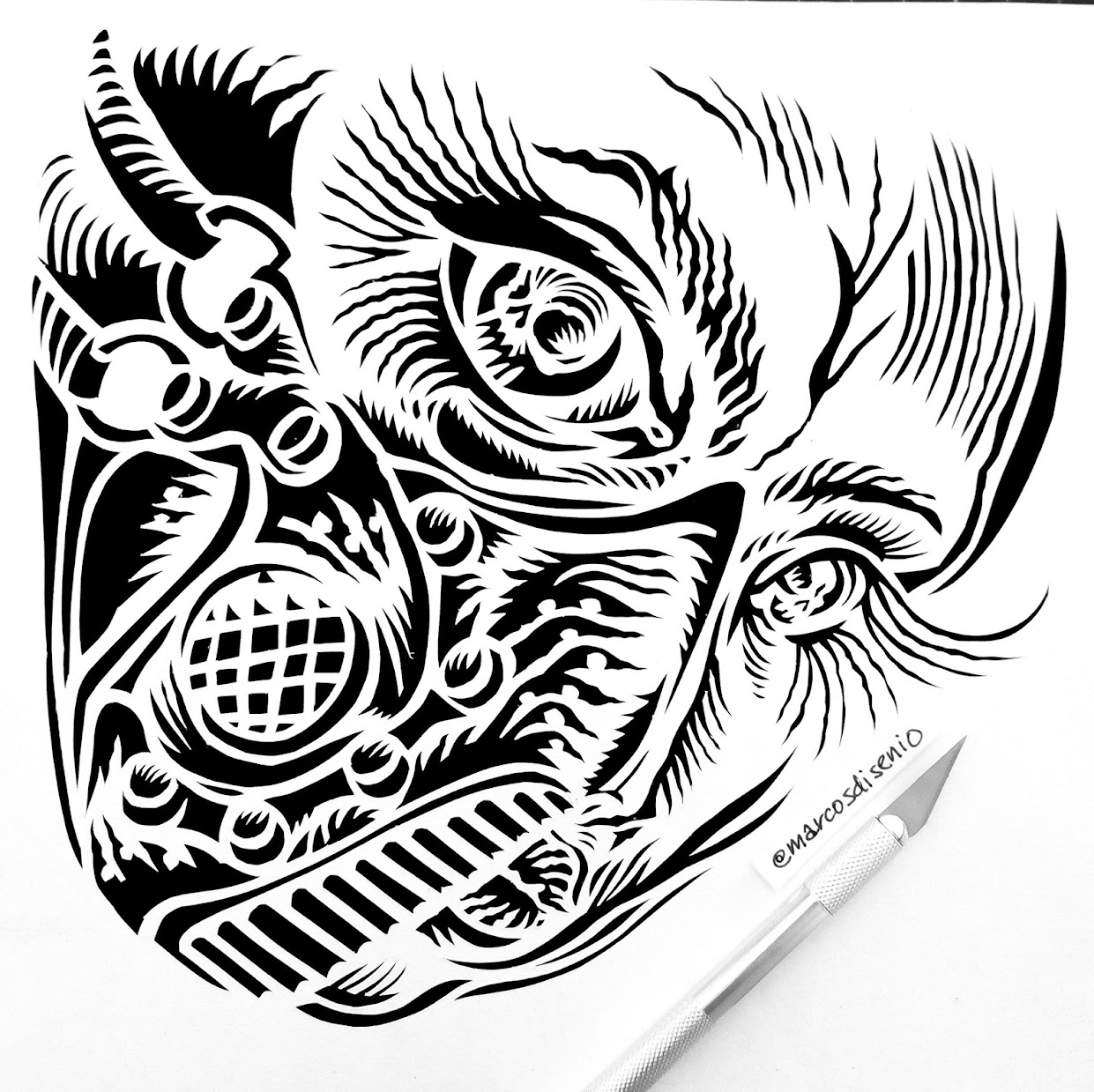 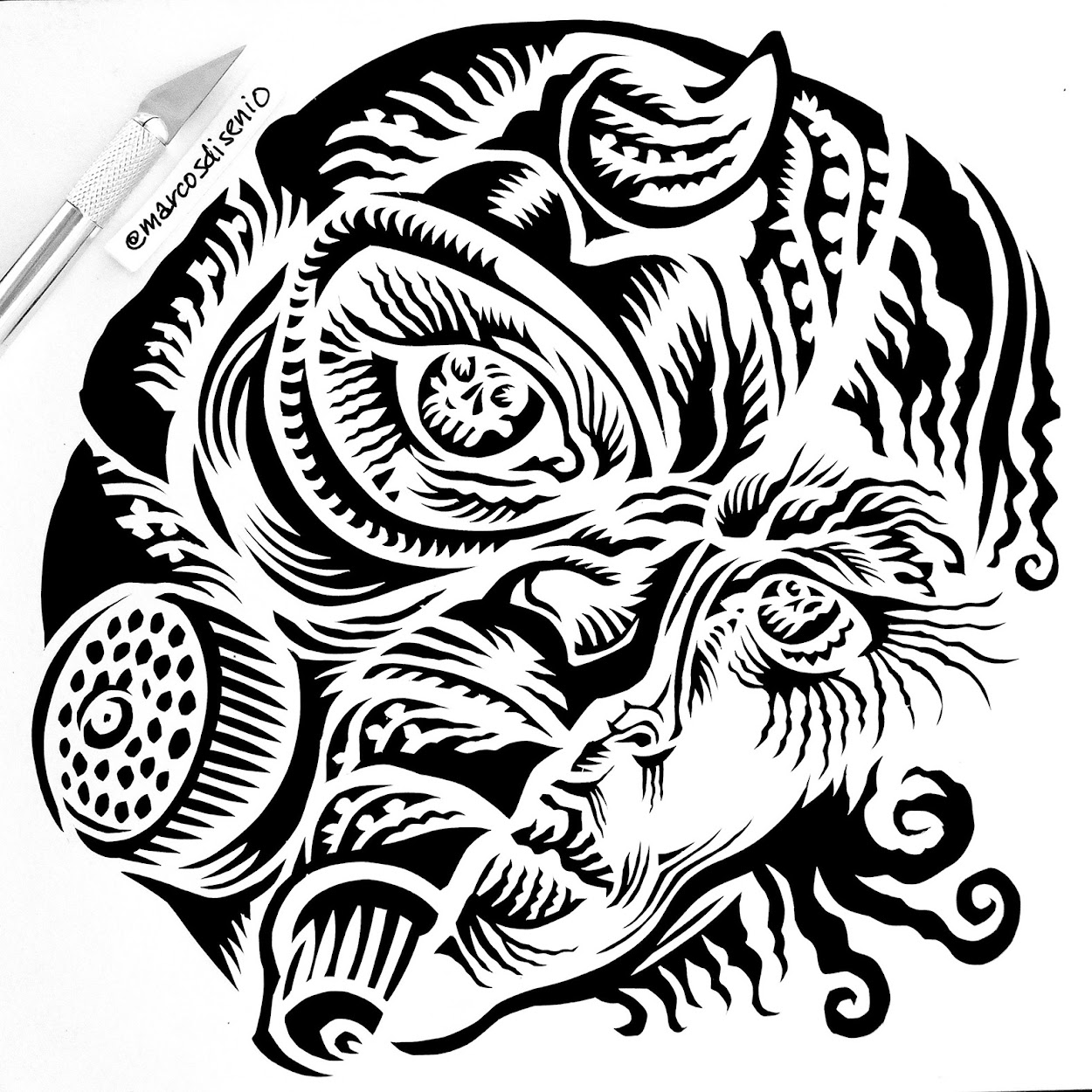 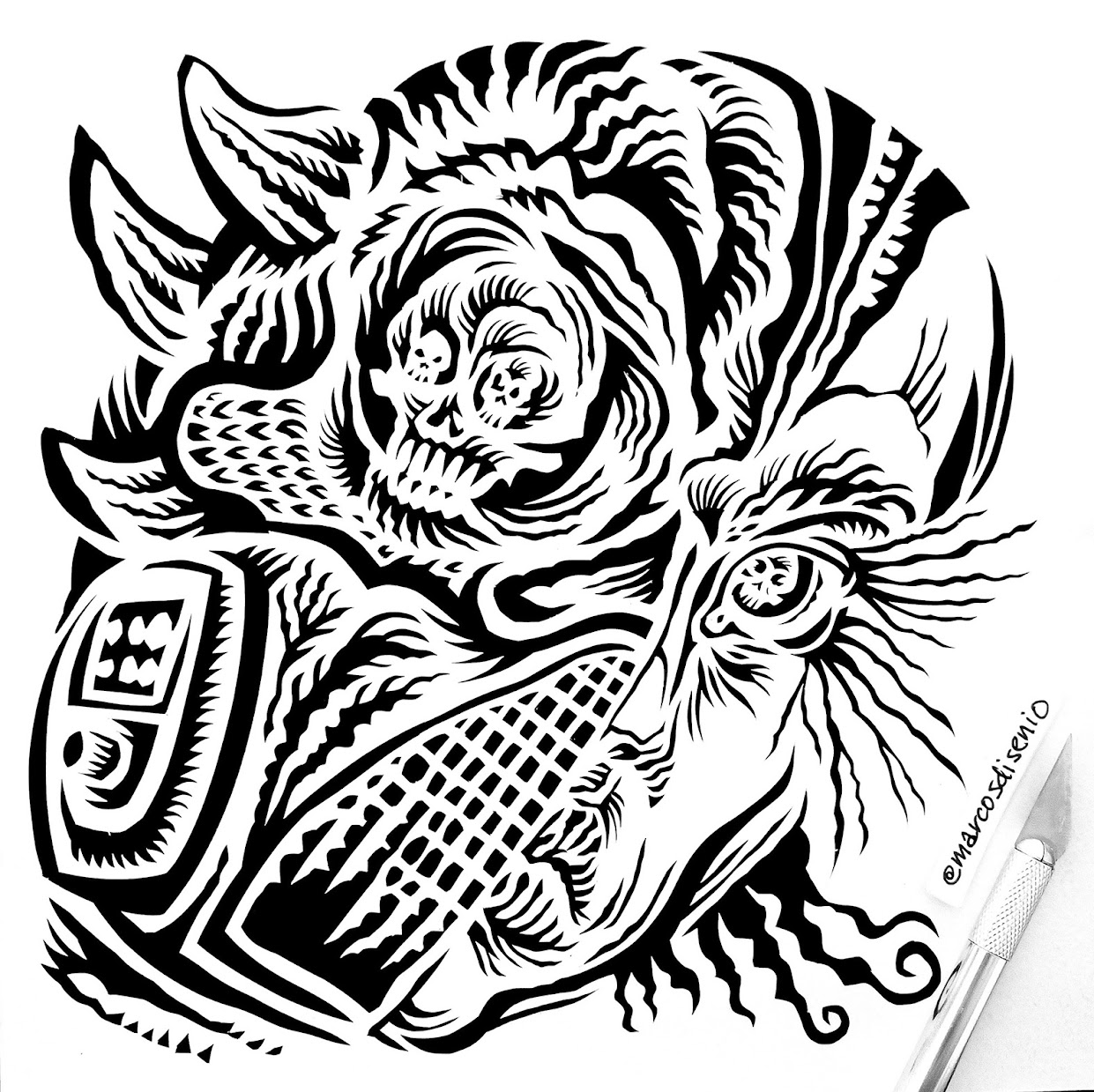 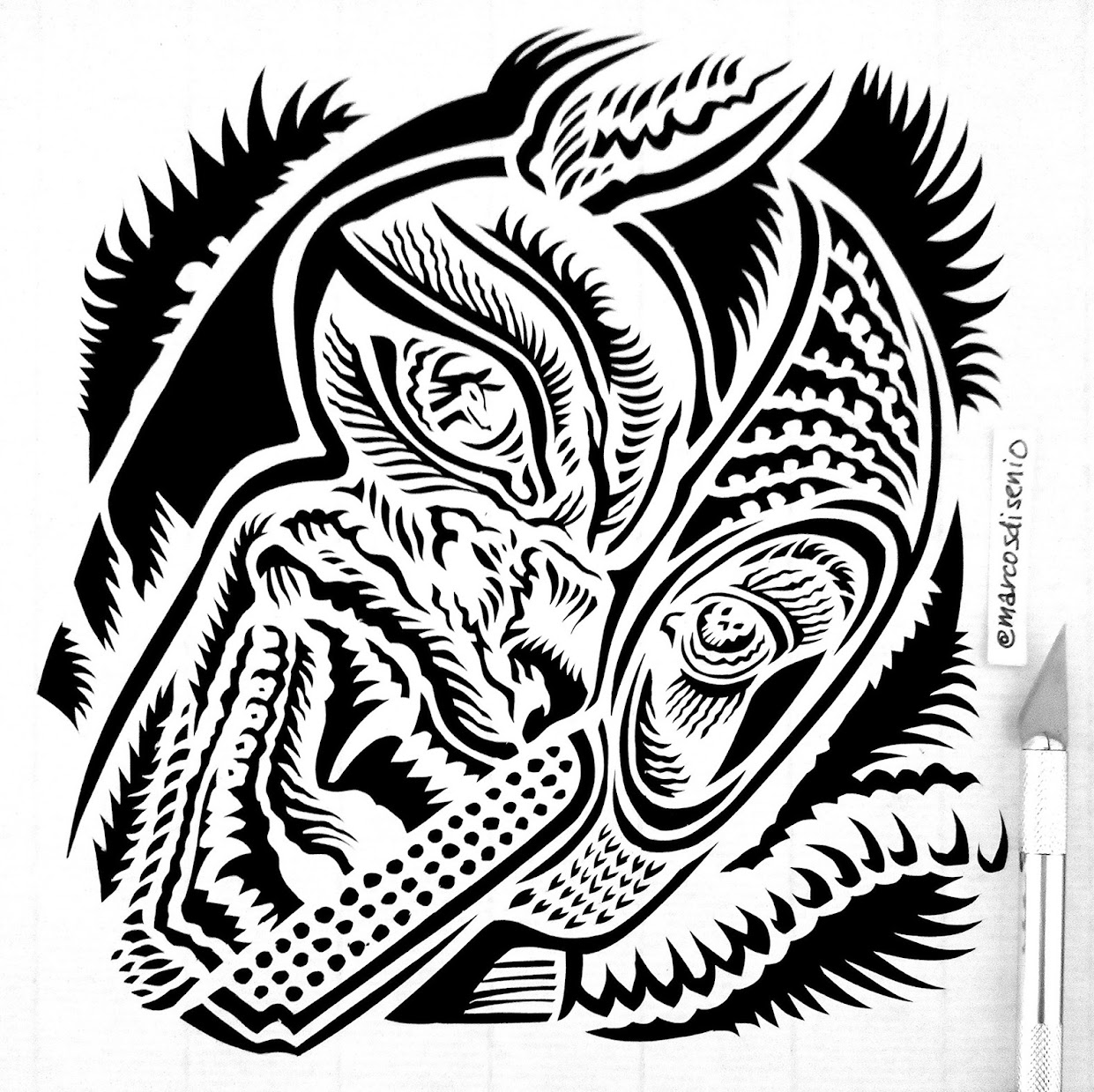 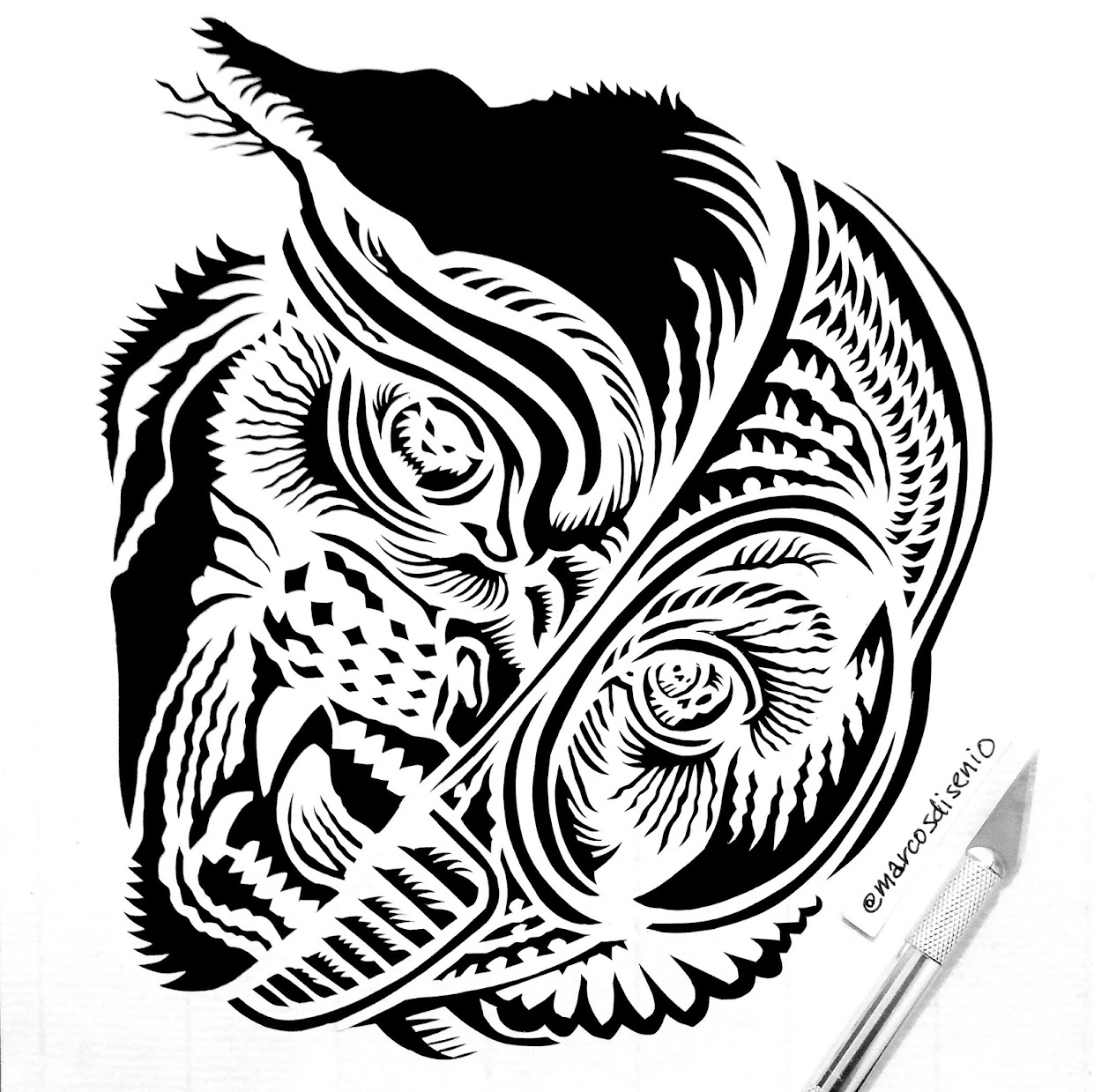 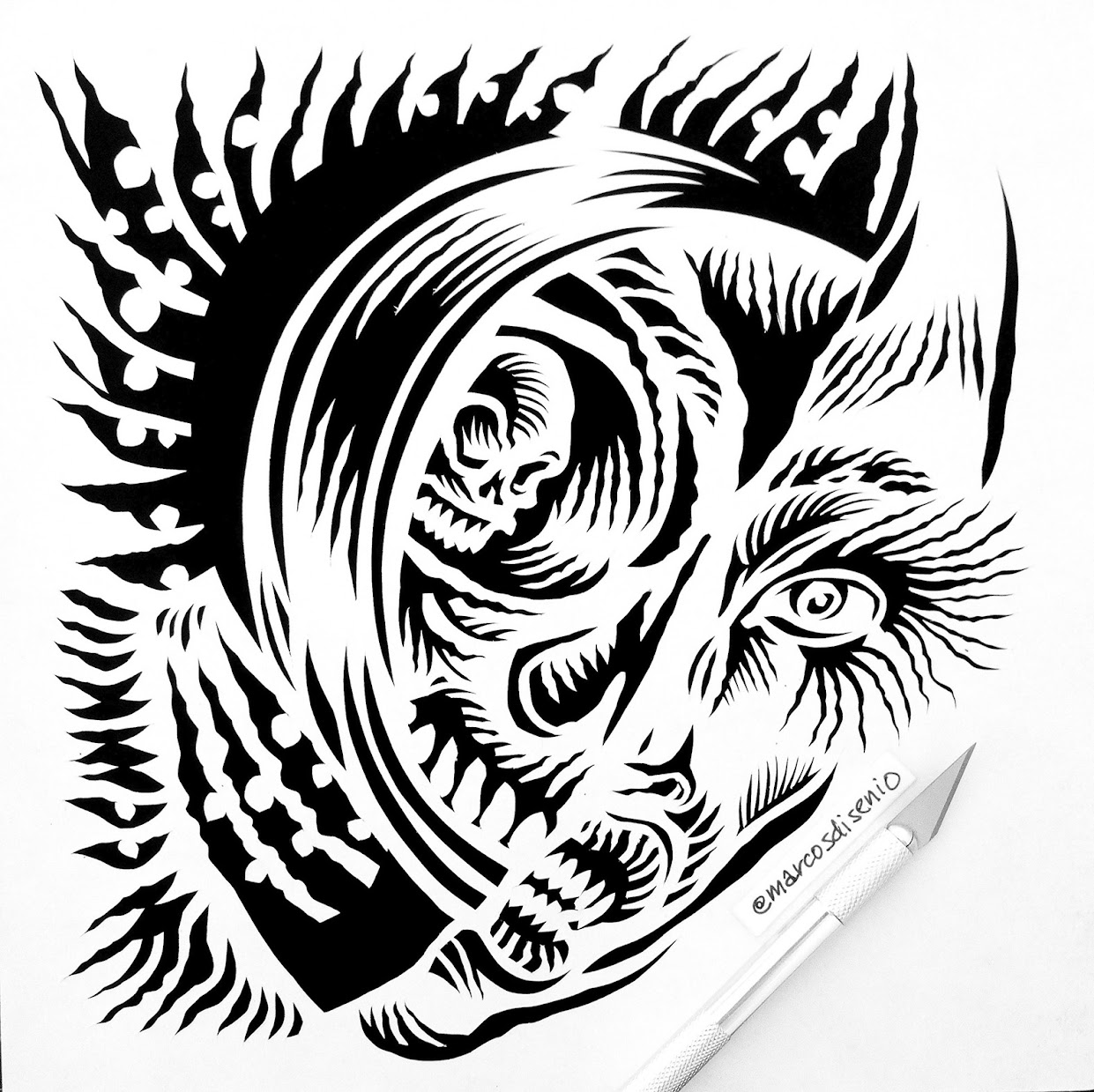 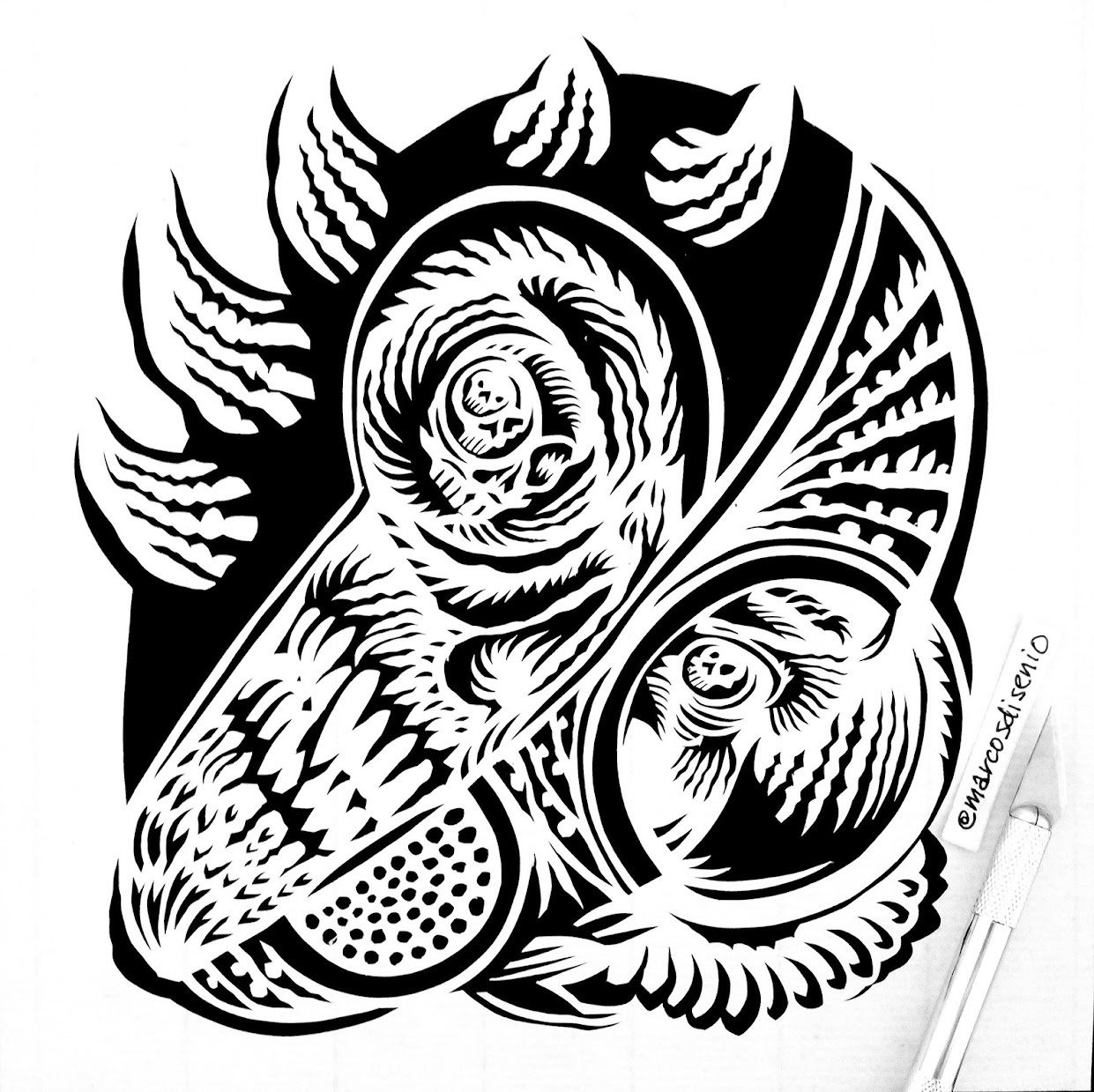 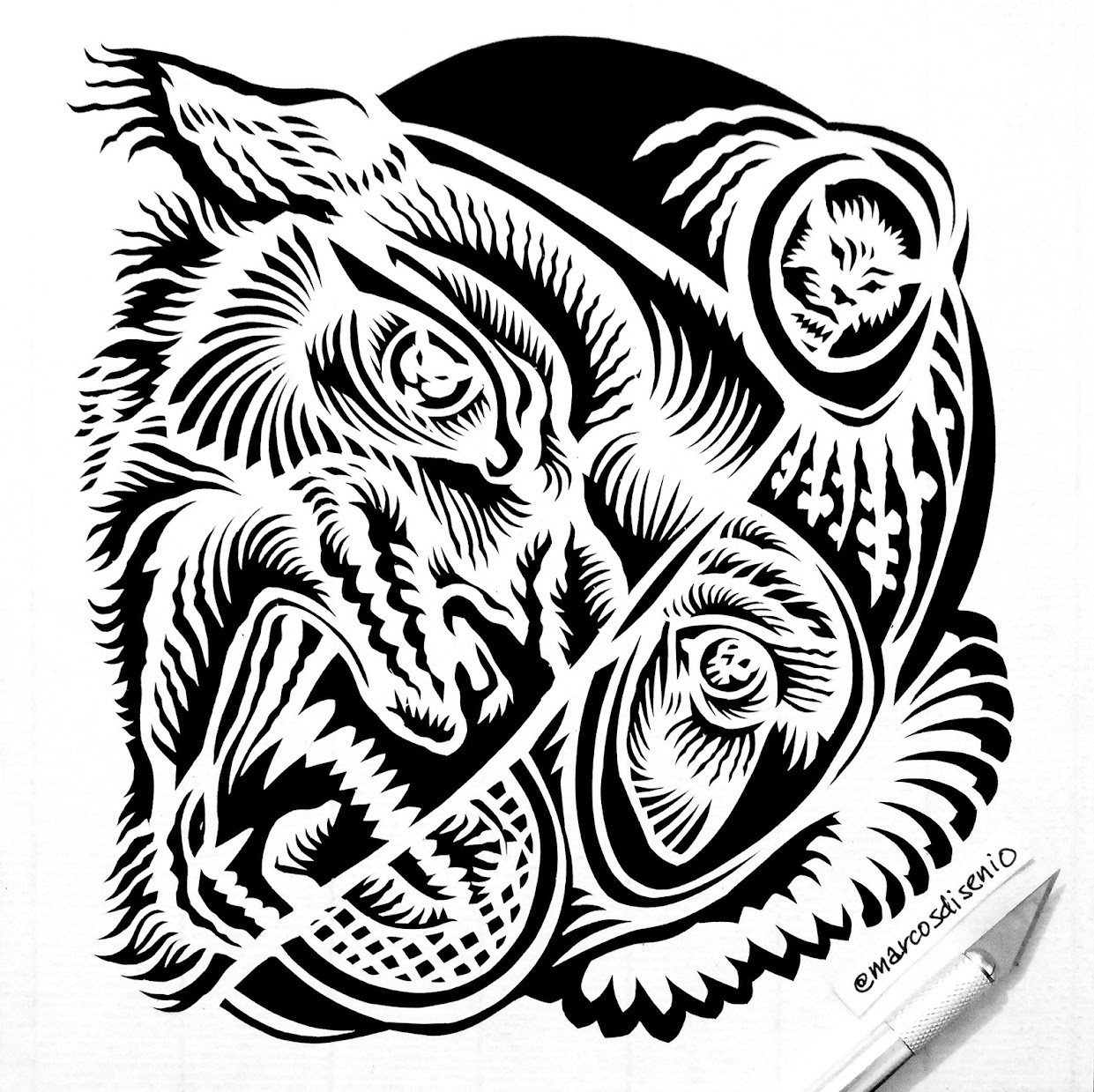 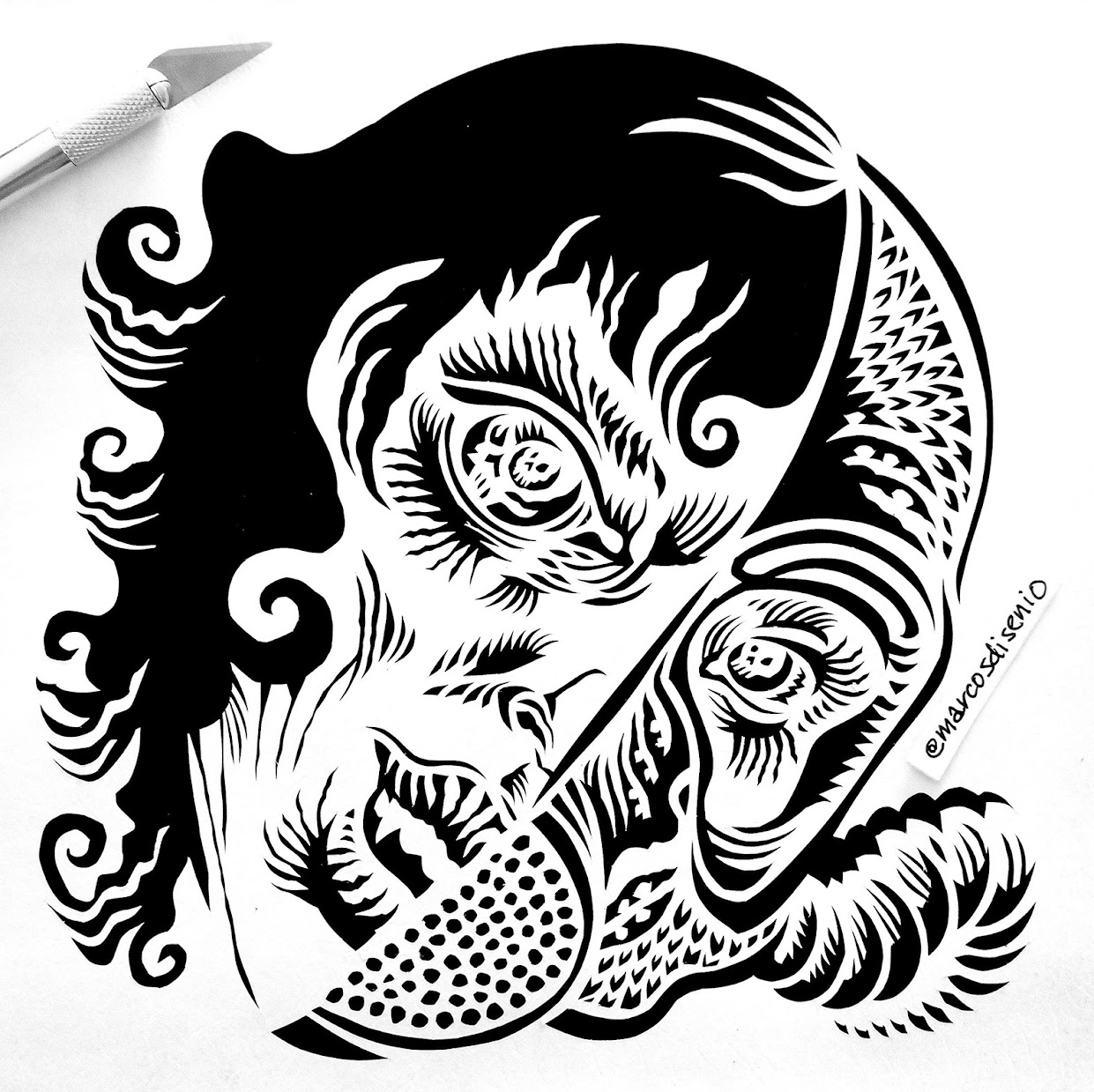 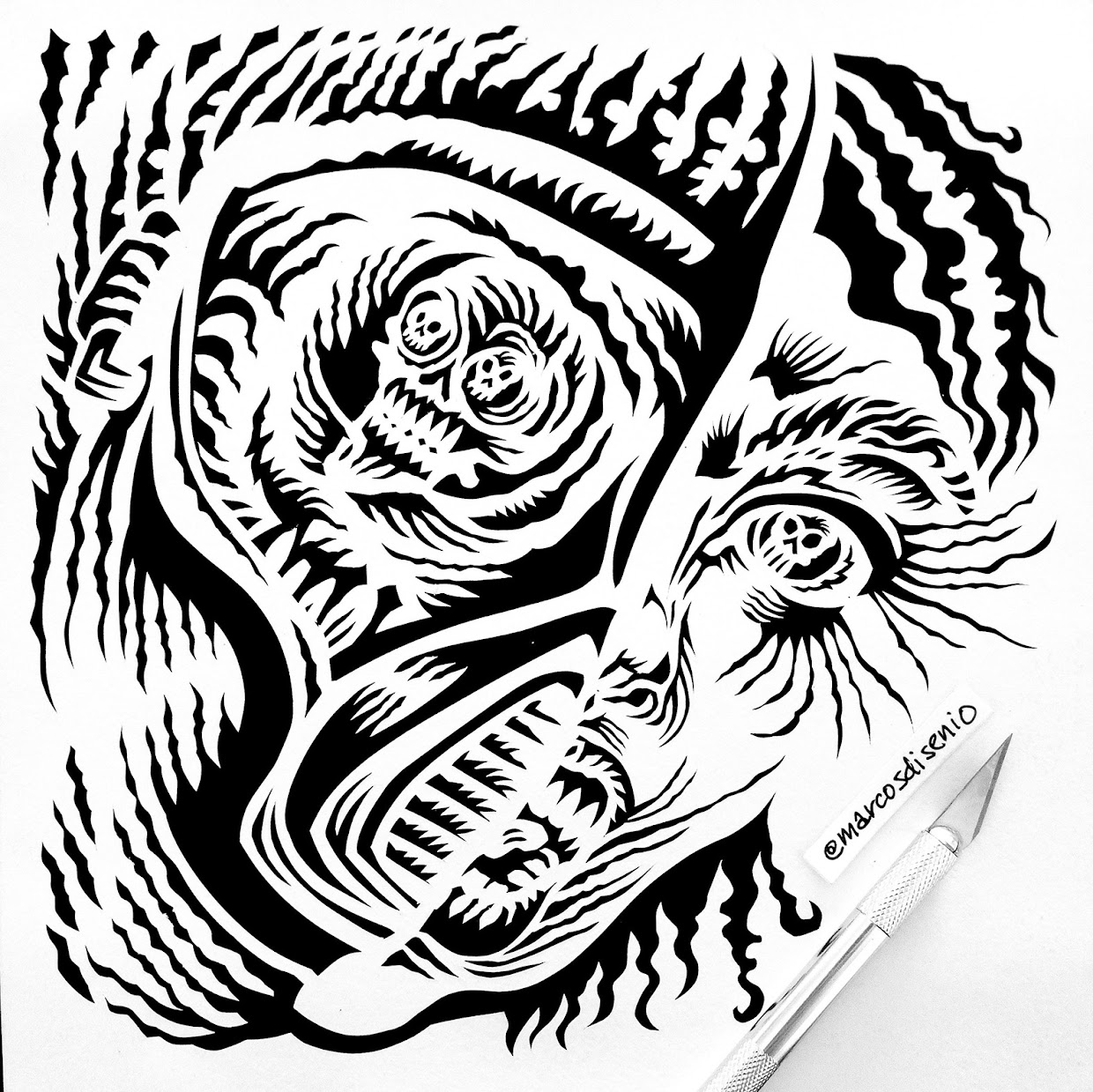 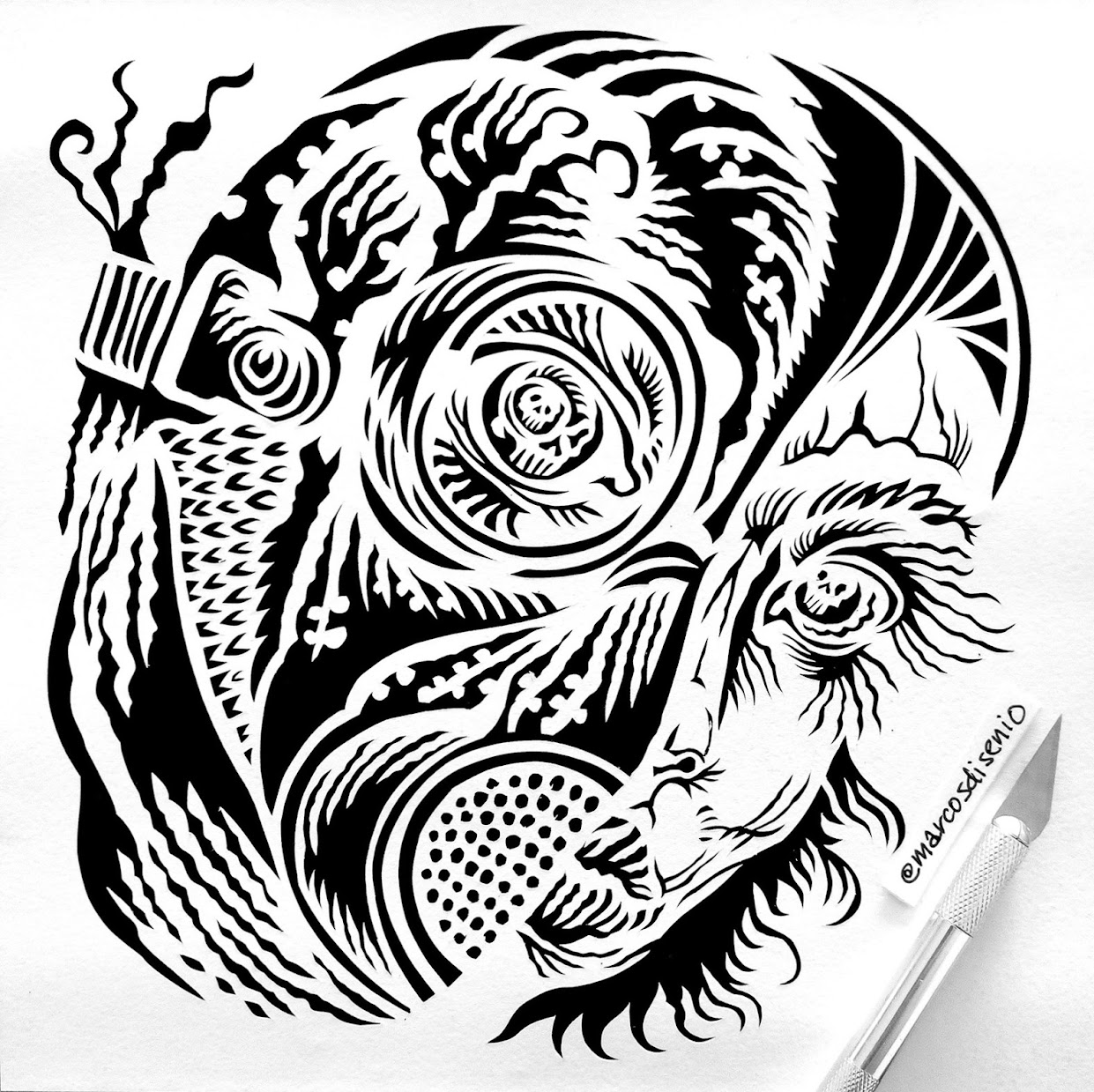 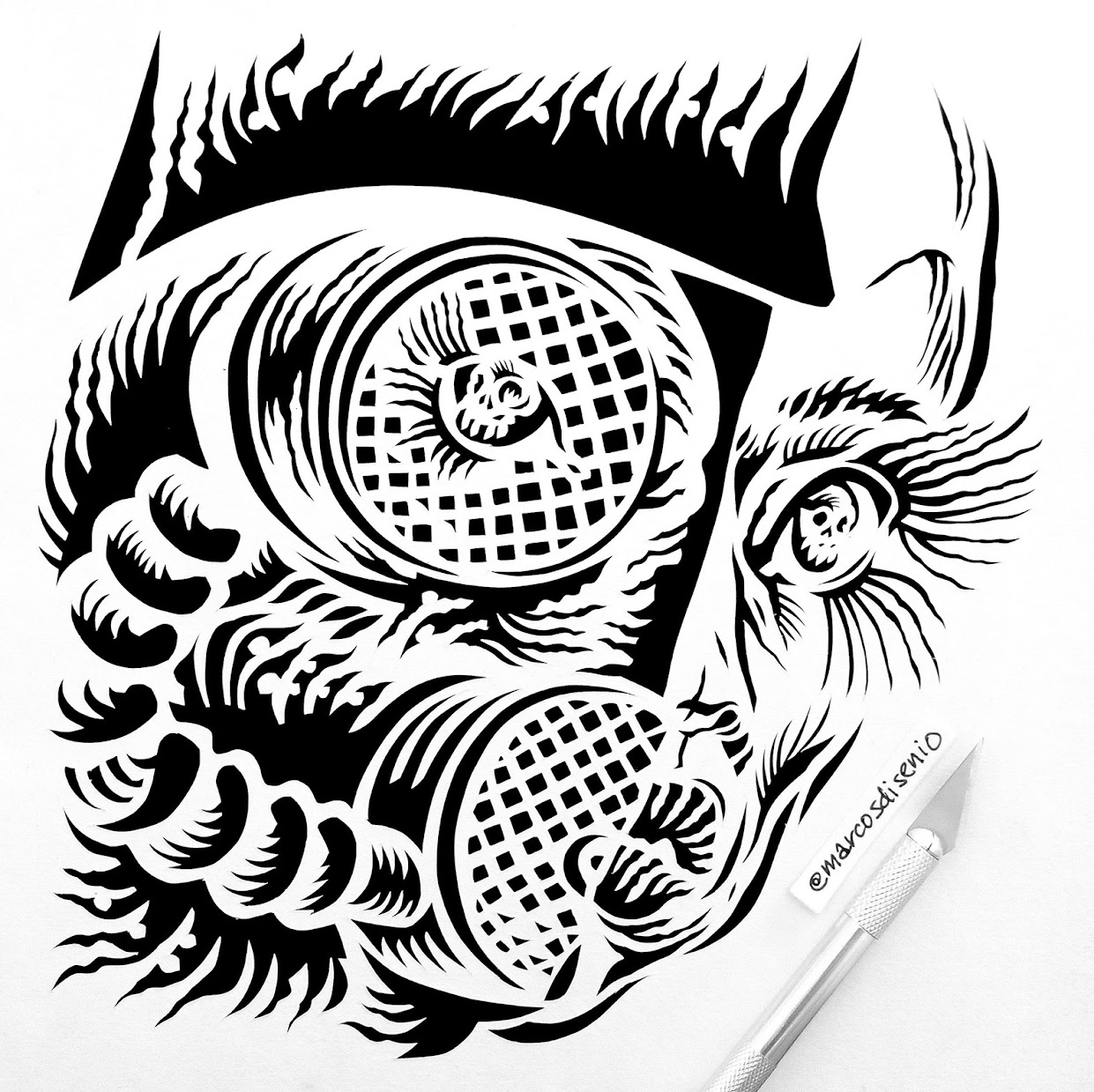 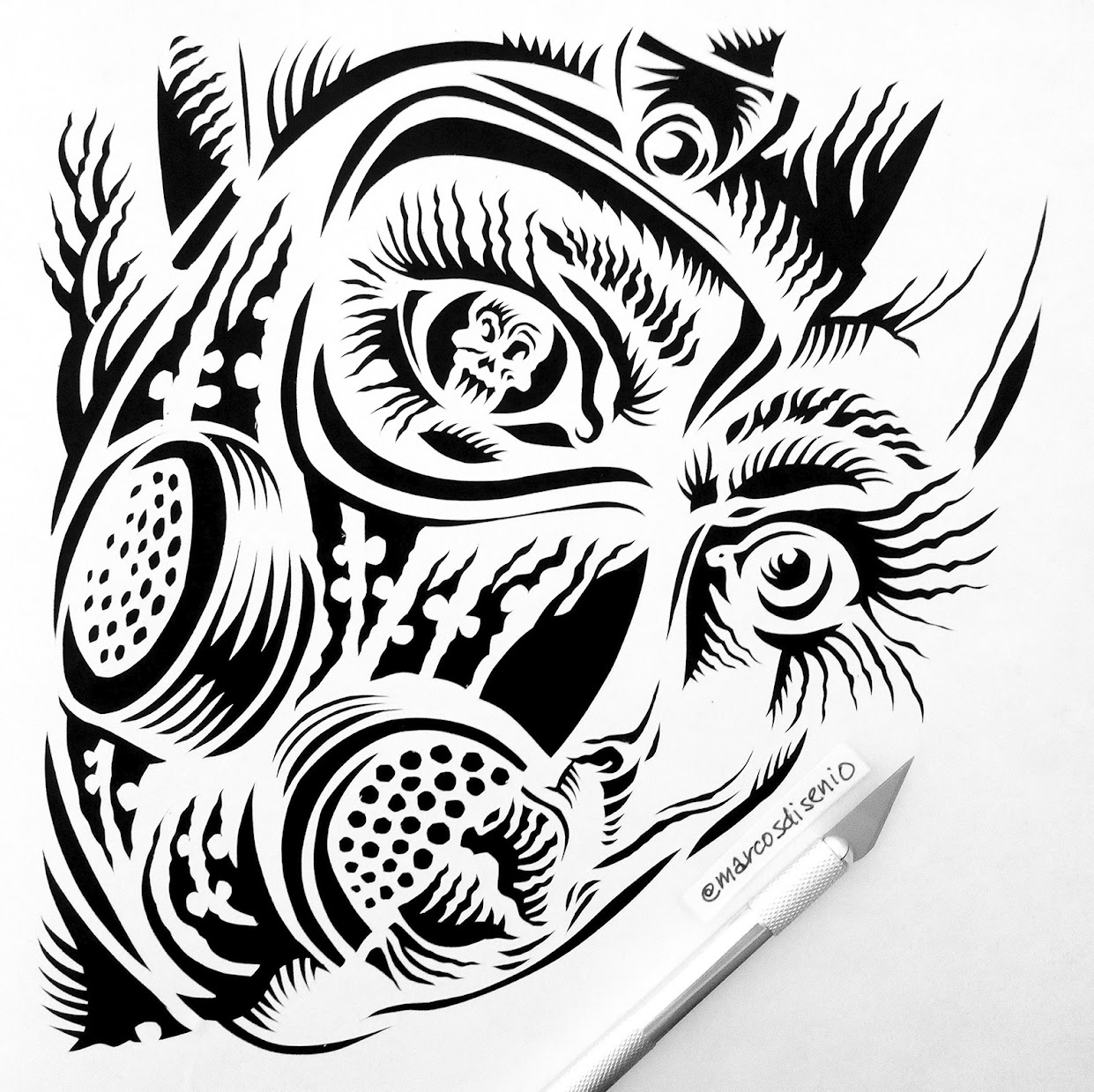 This is but a small part of a longer series that predates the pandemic outbreak, but when the quarantine/lockdown began on my country, it somewhat put me on artistic-overdrive. This particular entries on the series address the fear, resilience and feisty spirit of endurance and resurgence to overcome the moment.

All of the pieces depict one half of a sexy and beautiful women face, and the other half has some sort of gas-mask. The predominance of skulls and animals intertwined in the pieces (or inside the eyes of some), acting as one with the the sensuous feminine energy depict the symbiosis that we forgot, and the masks prove that some of the technological contraptions we invented might save us, but only if we commune with our planet and all of its inhabitants.
The technique used is cut-out or "kirigami" (cutted paper in Japanese, since it originated there) and it's made by just cutting the paper. I do this without drawing beforehand and just cutting the image I have in my head. The isolation of working at home gave me a focus, an obsessive compulsion and an amount of time that made me drive this technique to the utmost extremes that I could. Since all of the pieces are just 20 by 20 cm, making smaller cuts would break the fiber of the paper, and the small pieces would fall off. In the white/front layer of paper, every bit is part of the paper, there are no loose parts.

I'm an Argentinean artist (kirigamist, illustrator and graphic designer) currently residing in Buenos Aires, Argentina. I've got two degrees in fine arts: Fine Arts Teacher and Artistic Drawing Professor degrees (totaling 8 years of studies). I've descent from a lineage of artistic women on my mother's side (up to five generations preceding me) and both her and my father were graphic designers. My parents said that I've learnt how to draw before I've knew how to speak.I currently work as a graphic designer in a relevant design studio in Buenos Aires.