The Revenant Cycle is the first in a series of new body sculptures. I call them sculptures rather than body paintings because they are more than just a painted body. They are specifically created to merge body painting, sculptural work and photography into one form. If the body painting stood on its own, in many cases it would not look very good. But thats because I am painting to create an effect within the camera. Using this technique I can create images that are unique and quite unusual. Take this for example: 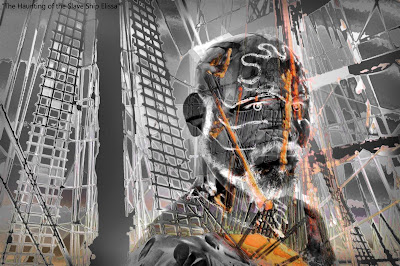 In this piece I used only the head and upper torso of the model. But I would have been unable to get the effects that I did if he had not undergone an extensive body painting first.

Tonights model will involve turning the model into a "revenant" which is another name for a ghost. He will be painted in part to match the recently completed Revenant Crystal, seen here:

The two individual pieces will become part of a series revolving around revenants that will include paintings and other sculptures. There will also be a unique twist to the revenants body sculptures, but more on that later.

If you have questions or comments please feel free to do so at the bottom of this page.

These notes are being added the day after the shoot was completed. I have to admit I was so exhausted after this piece of art that I decided to save the working notes till this evening.

Some interesting comments about this shoot. The model surpassed my expectations because he was not your run of the mill pretty body. He had such unique qualities of face and hands that I found him a joy to work with. The painting portion went well and I was able to match him to the sculpture I spoke of at the top of this page. But there will be many more intriguing photos that come from this shoot over the coming days. I took around 300 shots in which I am hoping for at least a half dozen really great final pieces, perhaps more. The following are work in progress photos of the painting portion of the session. I will release raw images of the shoot later once I've had time to work with them. 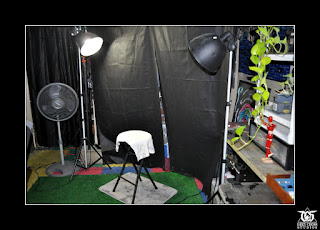 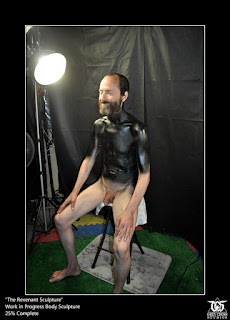 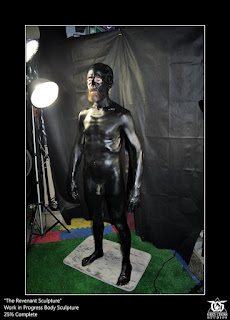 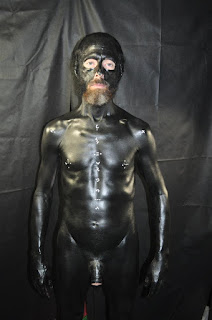 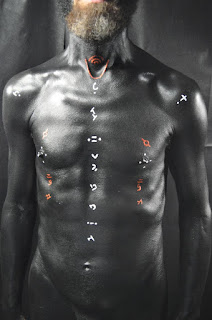 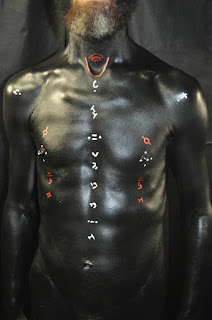 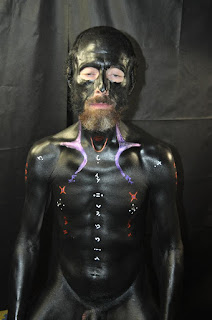 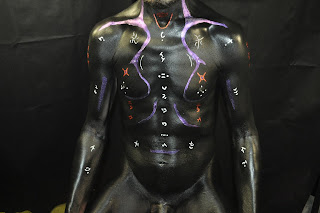 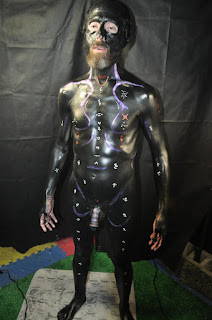 Keep in mind again that the body painting is not created as the end effect. It is created to elicit specific reactions from the camera and the digital imaging. As a stand alone body painting its nothing special.

Here are the finished images in the set so far. The first image is the icon image for this series, named for the series itself. 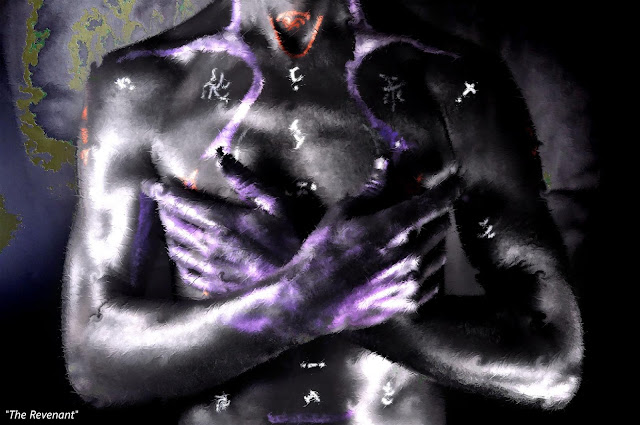 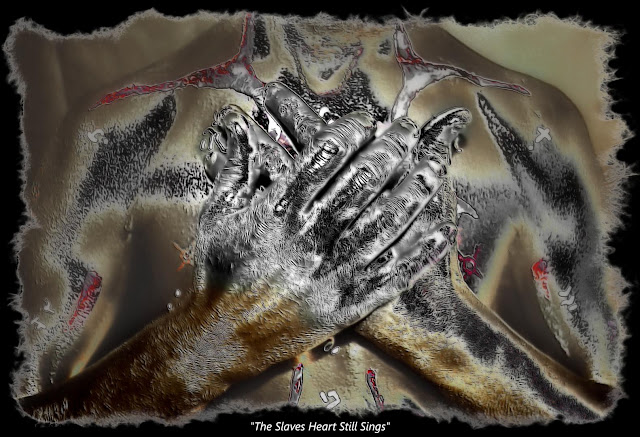 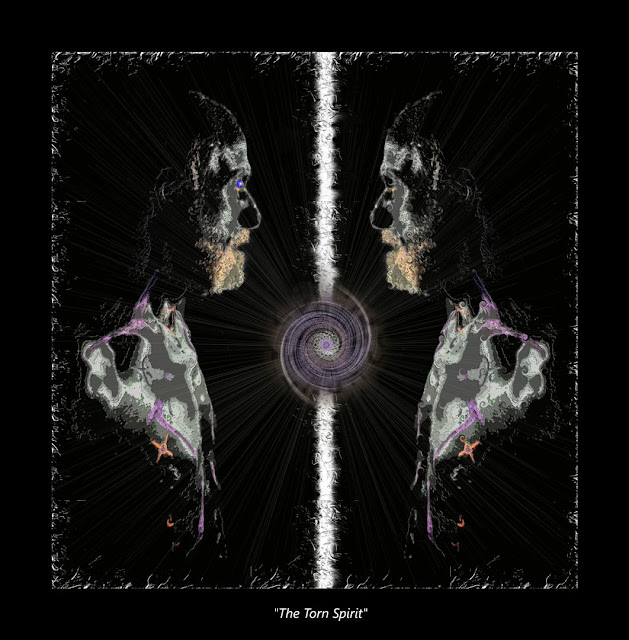 Here is the third image in the series 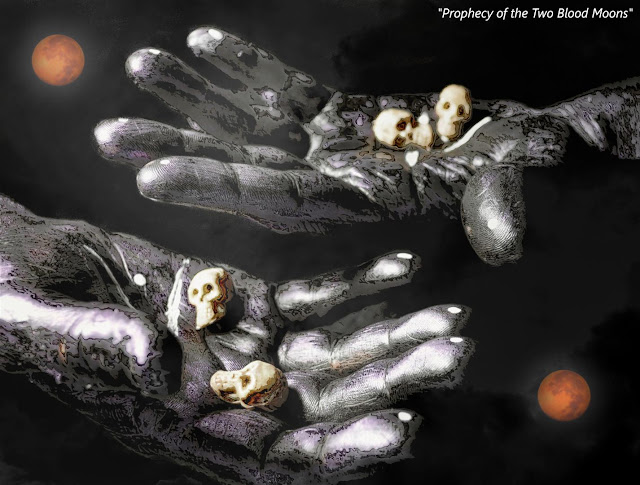 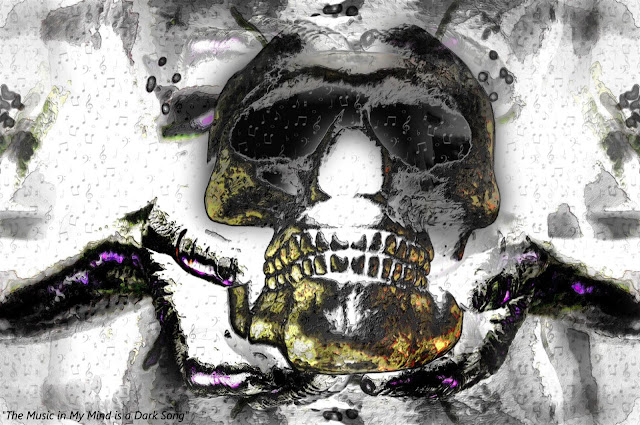 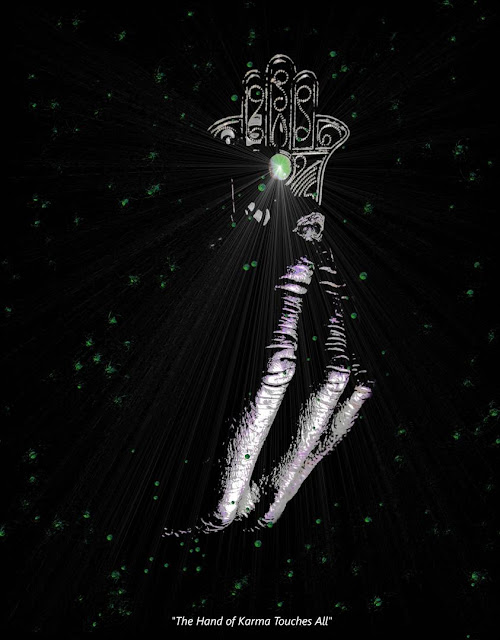 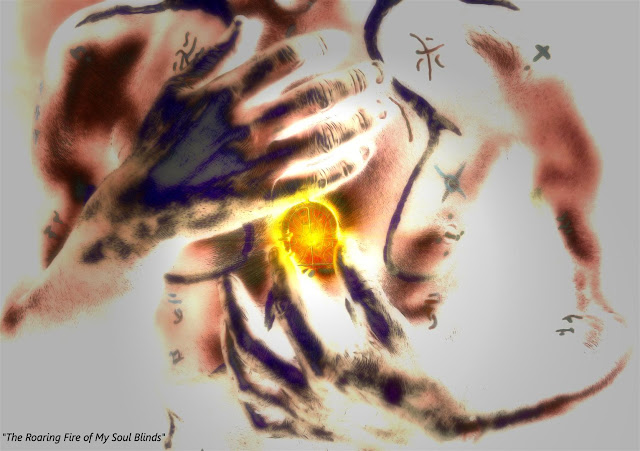 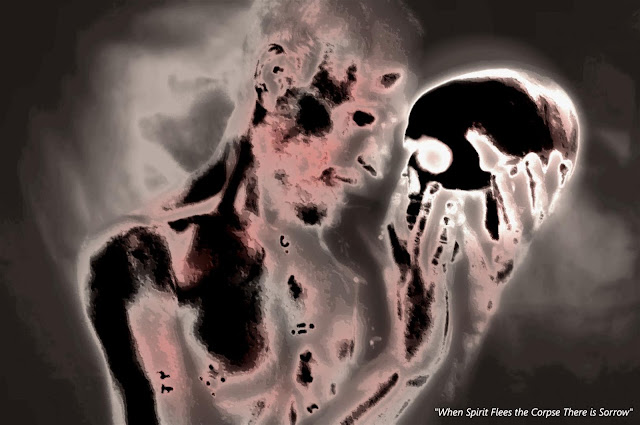 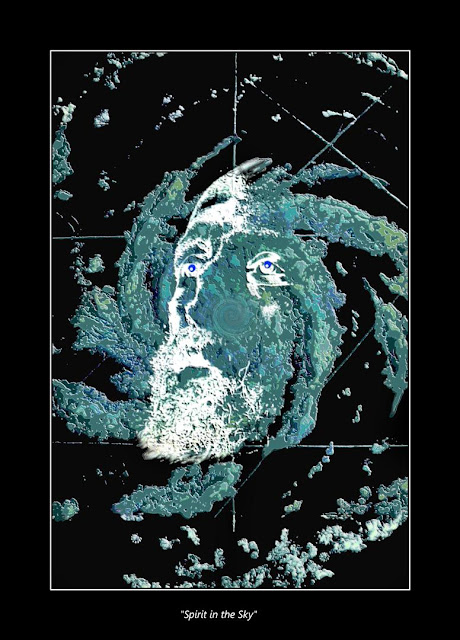