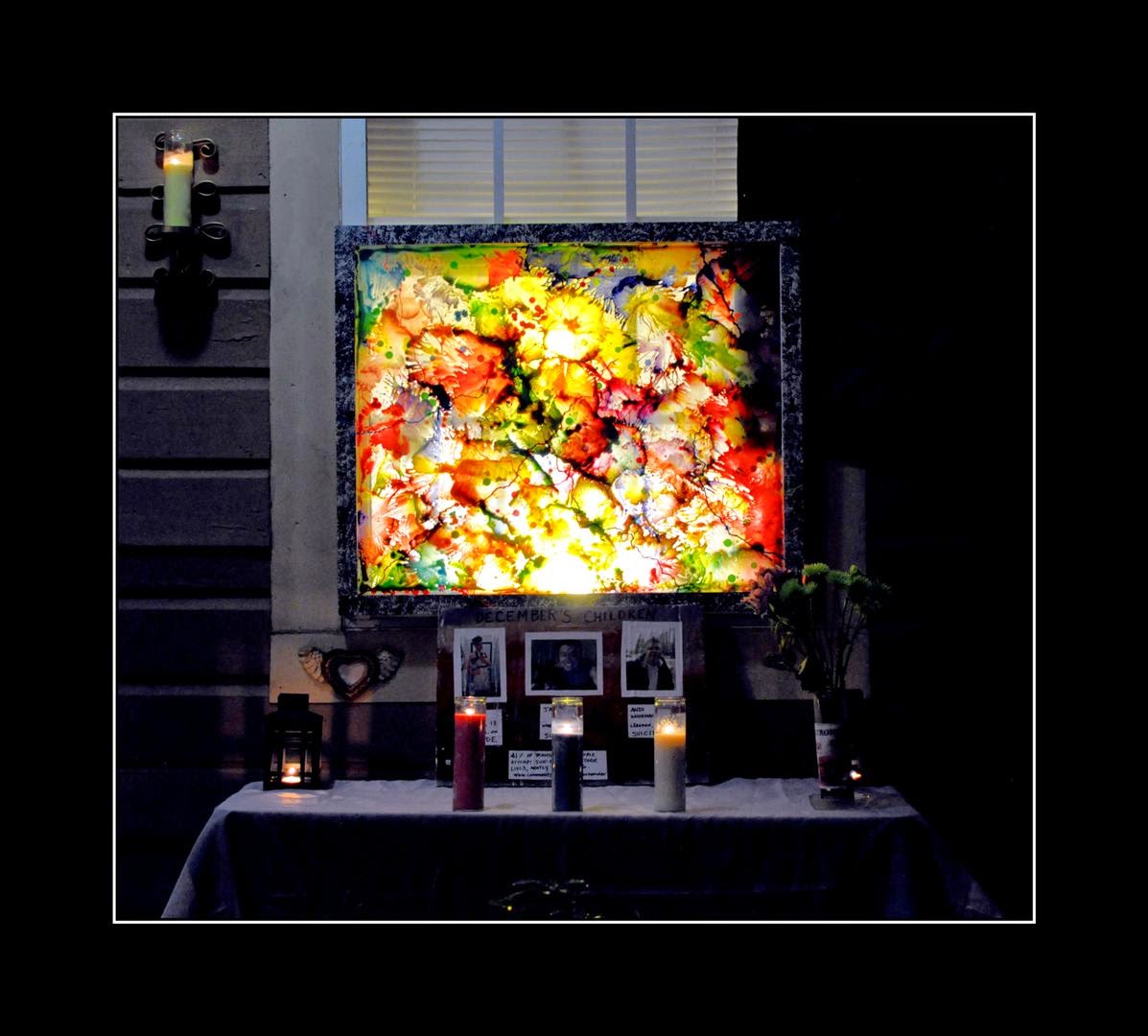 This past week 17 year old Leelah Alcorn took her life. Leelah was transgender. Her body did not match her birth gender. Her life, especially in recent years was literally hell. Her parents refused to see the problem. She was told she was wrong to feel this way. She was told she was sick in the mind. Friends and family abandoned her and she stood alone with no support and no one to tell her they cared and it was OK to feel as she did.

Leelah threw herself in front of a semi-trailer truck in order to escape the despair her young life had become.

Leelah's death was tragic and in a few short days she has become the poster child for the world, opening eyes (hopefully) to see past our stereotypes and our misunderstandings of what transgender means.

Some who read my blog may ask, why does this mean anything to you? Your an artist, stick to your paints. I would like to think that this strikes home for me because my heart aches that Leelah was treated so poorly in life. I would like to think I understand because as a gay male, I've faced mental anguish about my own life path. But the simple fact is that the dearest and truest person in my life, who is my partner, my support and my inspiration, is also transgender.

I have seen him struggle with these very issues. I've heard his words about how the first 40 years of his life were hell because he knew for certain that he was a male trapped in a female body. I've been with him almost from the start that he began his courageous journey 4 years ago to make the changes necessary to bring his gender and his brain into sync.

I've seen him explode in a positive, creative amazing person since his journey began and I've been in awe of him every day because he has become the person he was meant to be.

And I tell you truly that I have said a prayer of thanks that he never became so desperate that he cast himself in front of a truck, because I know he's been close to that place of utter despair many times in his life.

With these things in mind, we are aware that there was a request for the weekend of January 2-4, 2015 to memorialize Leelah and honor her struggle and the struggles of all who have faced this situation. She is not the only one to take her life this past week alone. Sadly the other deaths were not so dramatic, therefore the news has greatly ignored them. But the simple fact is, each death has happened and our world has lost many great people because of it.

So with love and respect of both the living and those who have passed on who struggle with the transgender issue, we have placed an altar in front of our home until Sunday evening. We welcome anyone at anytime day or night who would wish to leave a prayer, or anything else they so desire, or merely pay their respects as we will be paying ours.

With love to all,
Grey


The New Orleans Memorial is located at:


Below are a few resource links that you may find of interest: 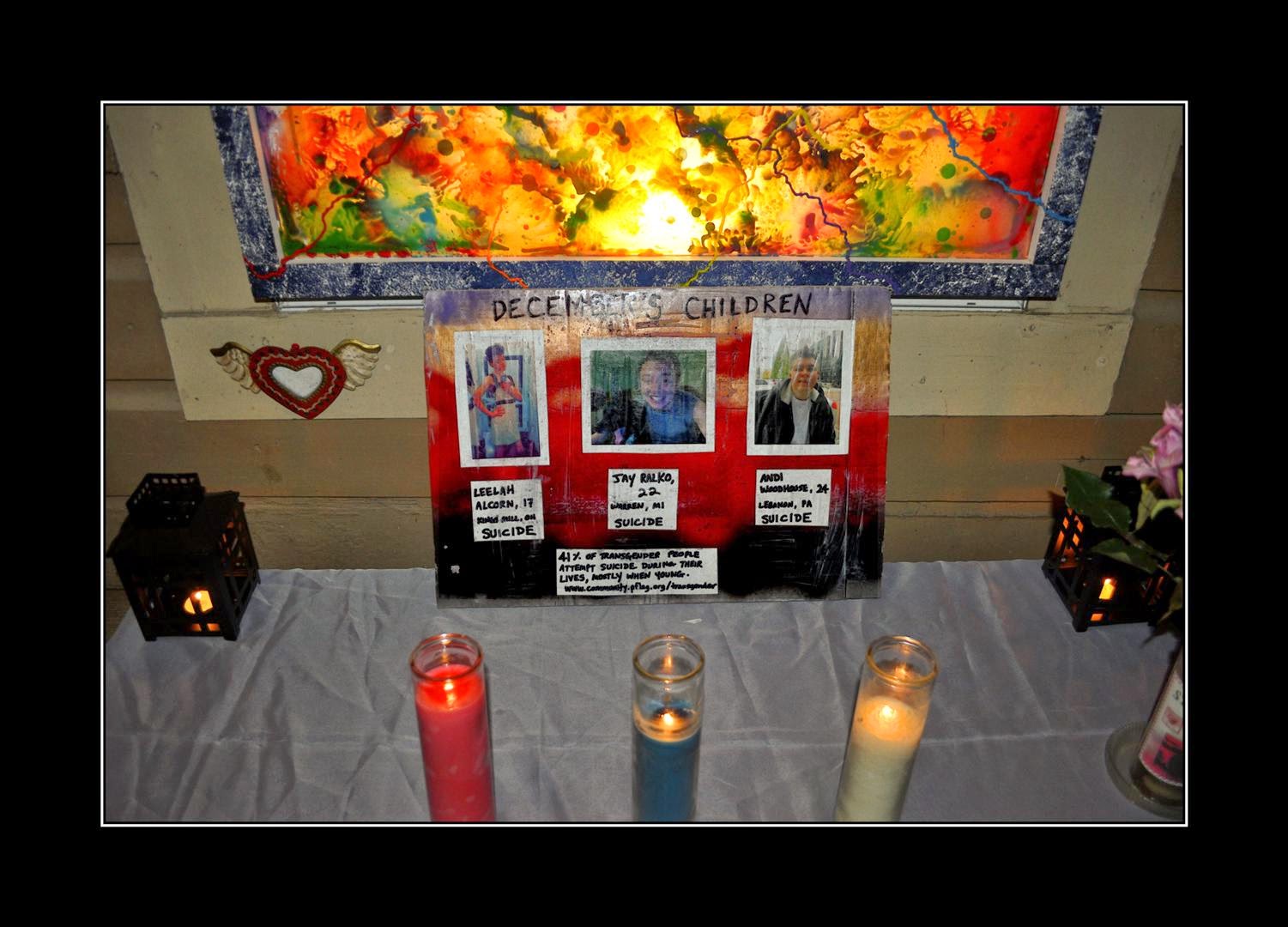