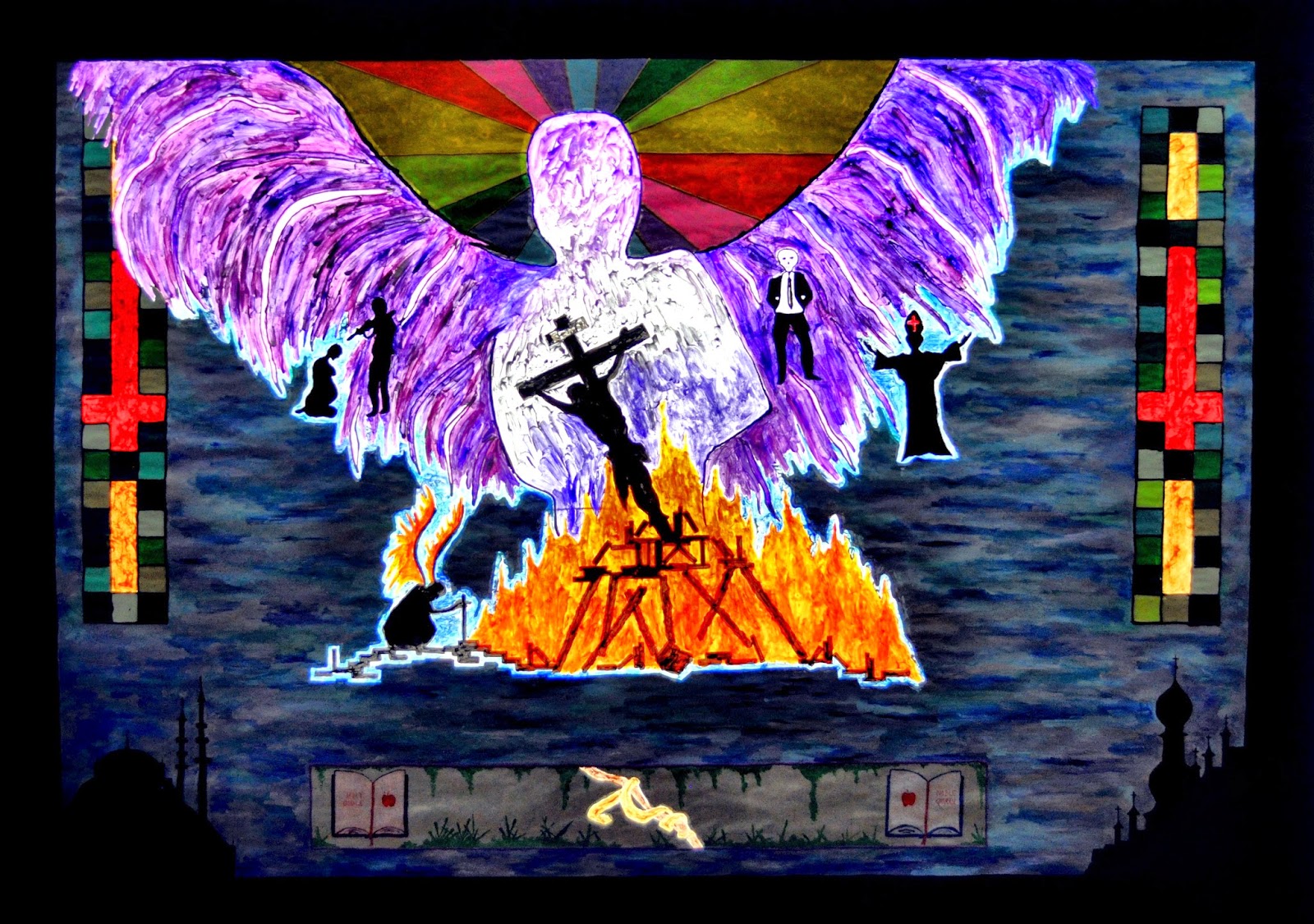 It simply means "Observe Closely There are Secrets". This is my way of telling you that this creation is more than meets the eye. When OCTAS rears its head, pay attention because there is a lot more here than meets the eye. Most will only observe the outer layer of the creation, but like an onion there could be more than one layer. A good early example of OCTAS were the cube sculptures I built in the when I first began as an artist. Unknown to most (until now) some of these 2' x 2' cubes have things hidden in them. Not that people should go around breaking them open as there is nothing of major value within them, but if they are ever broken, you just might find a surprise.

Other OCTAS are not physical things, but messages, signs, symbols and secrets laid out in various sculptures. Some are obvious with a little looking, others are very obscure. Some may never be discovered.

The point of OCTAS is to make people observe more closely rather than just seeing the outwards appearance and walking away.