Making Them Come to You - Bringing the Audience to the Artist 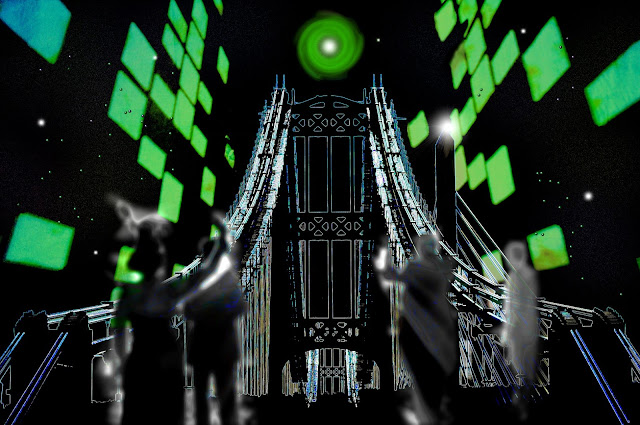 A lot of us just sit and wait. Hoping against hope that our art will be noticed by someone of importance and we will skyrocket to fame and fortune. I'm sorry to say but it may happen to 1 in 50,000 and I almost guarantee you won't be that 1.

I know that sounds harsh, but while many of us live in our artistic happy place, there are still rules that apply to us. One of those rules is that fate rarely falls on us and claims us for greatness.

Those that reach that pinnacle rarely did not just do so by luck or chance. It came from hard work and dedication to the task. It also comes from making the audience come to you, rather than you to them.

Let me give you an example. You want to sell your art in Gallery OhMy. Its perfect for your type of artistry. So you start soliciting them. Some galleries have a specific time of year where they will look at new artists portfolios. Some do it as time permits. Some don't do it at all. So you send Gallery OhMy examples of your work. They ignore you. So you send more. They ignore you some more. Then you start writing begging letters expressing how much your work matches their clientele and won't they just take a short look at your work. More ignoring, more teeth gnashing, more letter writing. You may even start going to the gallery, first as a harmless visitor, then more aggressively, seeking out the manager or owner. In the end the gallery hates your guts and wants nothing to do with you and you've achieved NOTHING.

So what did you do wrong? You went to them instead of them coming to you.

My partner put it very aptly (if perhaps a bit crass). "You don't win friends by forcing them to suck your dick. You win friends by sucking theirs". In other words, you don't get the gallery to be friendly with you by forcing yourself on them. You have to make them come to you.

"Well that's impossible!" you say. But your not thinking in terms of today's social networking. Fully 75% of the galleries in the world are also part of a social network. They use it to promote their shows, their artists, their receptions, etc. And there is nothing that a business likes better than free publicity.

So lets go back to our example and reverse the scenario. You want to sell your art in Gallery OhMy.

First step RESEARCH. What are they doing? Who are their current artists? What do they tend to specialize in? Whats the general price range for their art? Perhaps (if you are local to them) you attend several of their openings and see first hand what they do for their artists. Never, and I mean NEVER while attending these soirees do you approach the owner, or even mention that you are also an artist. You are polite to the extreme. Then you leave.

Second step, PROMOTION. If you've done your research you already know what social networks they frequent. Lets use Twitter for our example. You know that #GalleryOhMy is active and tweets out at least a few times a week. Now you begin to watch. You see that they have another Reception for an artist happening in a month. So you begin to tweet that out. You never show your work, you never bother the owners. You merely tweet out a message similar to this:


Congratulations @GalleryOhMy on your upcoming gallery reception! Hope its a success! :)

The next tweet you send out may include the name of one of the artists being shown at the reception. Another tweet may include a local news article about the upcoming show.

Now you stop. You don't overload them with tweets. Thats almost as bad as calling them ten times a day. All you want to do is make them notice you. A tweet here, a tweet there.

This is not about fast results. This is about slow methodical and very logical steps to get where you want to go. A month later the gallery is hosting a special exhibition, you again take steps to promote them.

So how do you know its doing any good? Honestly, you often don't. But its much better than harassing the gallery endlessly and gaining nothing but a bad reputation. A good sign is if the gallery starts following you. That means they respect you enough to start paying a small bit of attention to you. Another good sign is if they occasionally retweet you. That means they like what your saying or what your making.

Remember though that the key to a good feed on any social network is a blend of posts. If you spend all your time just self promoting you will quickly lose your audience. That includes galleries. A feed that is informative, helpful, resourceful and also promotes other artists and events, shows that you are not just "all about you".

Galleries aren't stupid. These people make art their business and they know a fraud.  But if you are patient and you work the system and work the information necessary to be successful you will eventually yield results.

So with those things in mind, start bringing potential buyers to you also. Use the same techniques above. Say your art is priced in the $500 - $1,000 range. You know that Harry Homeowner probably isn't going to buy a whole lot of high priced art. But Doctor Harry just might. He may not just purchase it for his home but his office. Jane the Banker might be a collector of art. You wont ever know for sure who buys what, in fact thats what a good gallery should be doing. But short of that there are ways to gain the attention of these folks.

Again the key is research. Your local newspaper is a vast resources of potential buyers. It lists people who are being honored for various business reasons, awards to local leaders, even in some cases promotions to higher positions within companies. Corporate websites will also tell you these things.

So you check if the person is active on a social network. Hey, theres #DrHarryObGyn! The newspaper says Dr Harry just opened a new office on the south side of town.


Congratulations #DrHarryObGyn on your new office!

These won't be frequent, but say you know that Dr Frank works in the same office as Dr Harry and Dr Franks wife just had a baby.


Welcome to the world baby #DrFrank and parents! Good luck with college tuition! (OK maybe not the tuition part)

Now you've hit two high paying doctors in a polite and sensitive way who also know each other. While it may never come up in conversation between them, it just might. If Dr Harry follows Dr Franks feed, then it ups your chances of discovery.

So in conclusion, I re-emphasize, MAKE THE AUDIENCE COME TO YOU. But let me also stress that sincerity is paramount to success. If you start tossing out messages to people that are trite and without thought then you just gonna get blocked. You have to be sincere, honest and not make a nuisance of yourself. If may take years to get noticed, but that's better than never being noticed at all.

Hey, you wanted to be an artist. You want to sell your art then this is what it takes!

PS: If you've not read my article on information and social networks, you might want to check it out. It goes hand in hand with this article!