Fog is one of those elements that can be rare and elusive. Photographing it even more so. Here in New Orleans we get maybe a dozen fog days if we are lucky. Most fall in the middle of the night and early morning. So when we get a weather report that predicts a fog, I watch it closely.

Where my studio and home is, we are about a mile and a half from the Mississippi River. This sounds close but for a river fog we can be perfectly clear here but the downtown and river areas and along Bourbon street can be totally fogged out. Thankfully in today's age we have the wonderful world of webcams to help with this process. On a predicted fog night (such as tonight) the webcams are monitored closely. My equipment is ready and if I see the fog move in I can be on the ready and in the car within 5 minutes.
Tonight's fog moved in quicker than expected. We had planned to pull an all nighter in the studio with the hopes that the fog would come in around 5am. But about 2am we started seeing the tell tale signs of it. It moved in quickly but then pulled out again.

Its a game of waiting and watching. But isn't that what good photography is all about? If the best shots were present all the time, then why bother? With fog especially its that elusive nature which makes it so appealing to me.

An early morning fog is the best. That time just as dawn tinges the sky can create some amazing silhouettes that combine the night lights and the early morning light.

With skills gained over the past few years in digital art, I doubt any of these photos will come out looking just like a fog photo. I've passed that point in my photographic development. But this is an opportunity to not just get great photos but to create some amazing digital art with them. So I shall see what I get. Here are some past photos from earlier shoots done over the years.


UPDATE: About 3:15am the fog moved back in and we were able to go out for about an hour. After that a light breeze came up and pushed the fog back out. We may go out once more towards dawn if it moves back in. Nonetheless got a few good shots.

UPDATE: Here are a few of the images from the fog watch session. 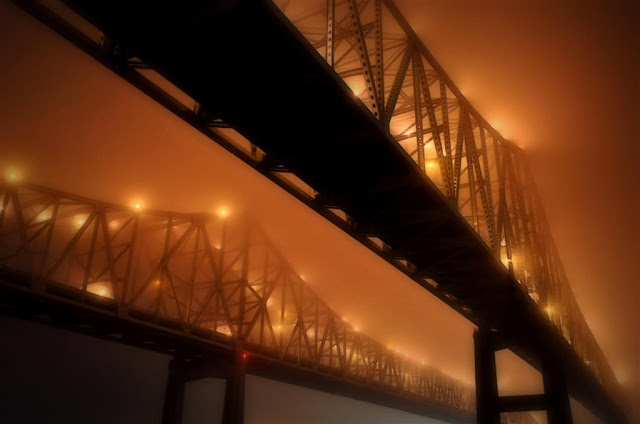 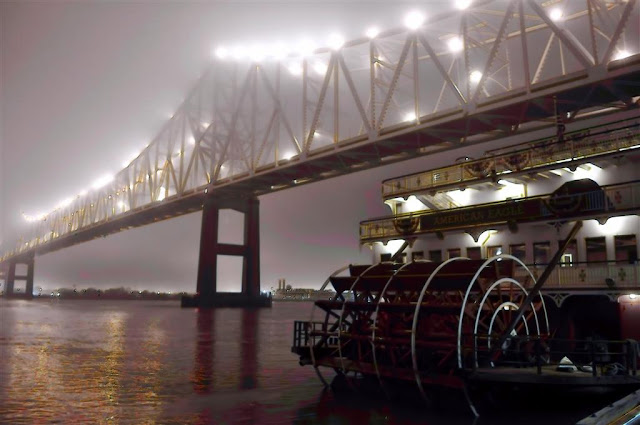 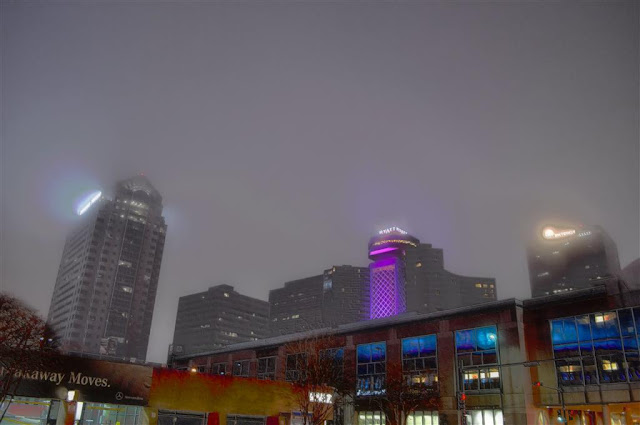 And here are a couple of more extreme images that were taken during the fog. Most of the effects here while exaggerated, would not have been possible without the fog creating a background element 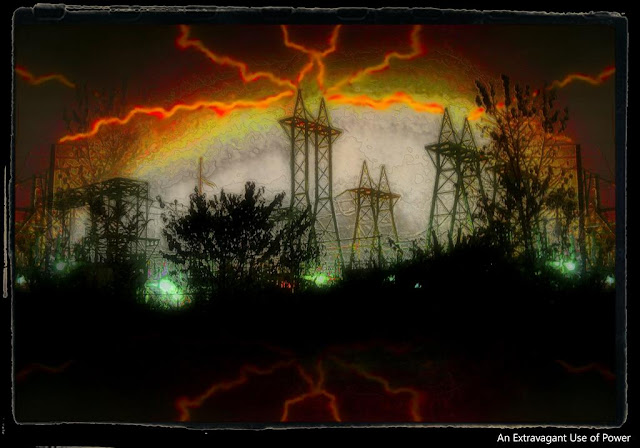 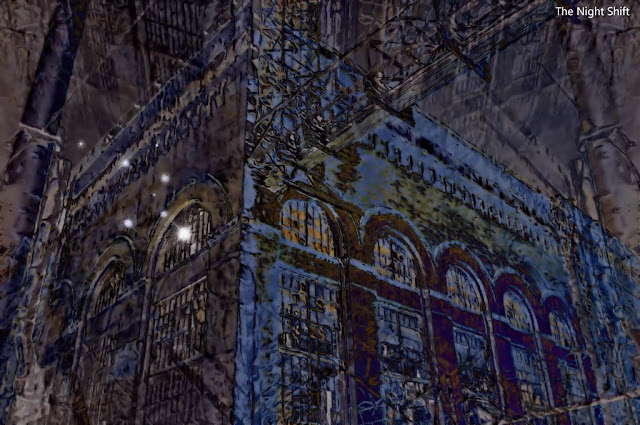