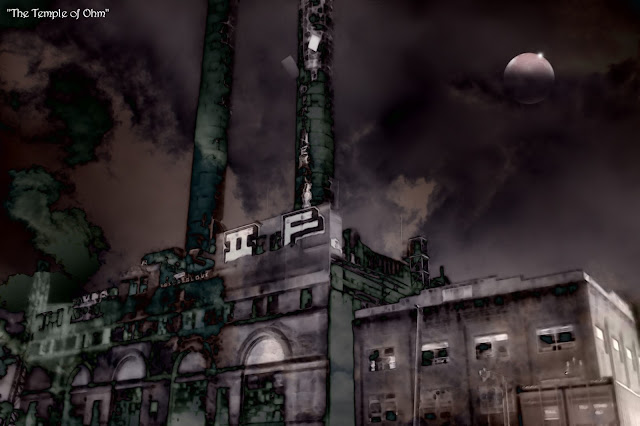 When I first made a commitment to become a professional photographer nearly 20 years ago, I knew nothing about photography as a skill. In fact the only thing I did know was that my eye was the best photographer I knew. If I could trust my eye, even with inferior equipment, I might just eventually learn enough to do well in the field.

When I say inferior equipment I really mean it. I had a small Nikon point and click camera and that was all. In fact I would get laughed at by more sophisticated photographers with lots of great equipment. But I found out very soon that again if I trusted my eye and was quick I could get some pretty good shots despite the handicaps of a small camera. And those who laughed started to grumble because I was getting the work and they weren't.

I would watch others around me struggle with bulky equipment and miss crucial shots because of it. Where I could move quickly, drop to the floor, climb ladders and generally run circles around people with huge cameras and even more humongous lenses.

Now we see the advent of the cell phone camera becoming a predominant player in the photography world and we accept it.

And so the myth that bigger equipment means better photos is finally shattered.

Another myth was that photographers needed to know the inner workings and detailed functions of their camera. That myth is also ending. I remember about 6 years after I became a professional, a young man asked to meet with me. When he arrived he wanted to discuss the technical aspects of what I did to make my photographs so good. He was planning to buy a studio to do portraits and wanted all the advice I could give him on equipment. He cared little for silly things like art, the human eye or creativity.

When I told him that I probably knew less about the functions of my camera than the clerk in the electronics department of my local Walmart, he became very offended. I tried to explain to him that while it was nice to have all the shiny toys what counted in the end was his eye and his creativity, all I got was a blank stare in return. The interview ended shortly after. We were speaking two different languages. I found out later that he did achieve his goal of opening his own portrait studio. He sent me photos as if to say "this is how you do it". To this day, even though I am wired into the arts and photography communities here in New Orleans, I've never heard another word about him. I hope he succeeded, but I also hope he learned that technology was not the only thing that made a great photographer.

Don't misunderstand. There are things I've discovered about my camera over the years that made me smack my head thinking about missed opportunities if I'd just known the camera did that thing. And yes I did eventually go from a point and click camera to a much more sophisticated DSLR camera. The point is that I did not rely on just equipment and tech. Today I think photographers don't rely only on the technology. They are beginning to realize that its the eye first. Always the eye. Another myth shattered.

So finally to the topic of art versus photography.

I often get asked why I retired from photography and turned to visual arts. Even though I say I retired, that is not really the truth. What I retired was the label of  "photographer". I finally tired of people telling me I must be a great photoshopper while totally disregarding the fact that my images were good not because of a program but because I used my eye and creativity to get those images.

One day I said "to hell with this, I'm no longer a photographer. I'm an artist!" With it I gave up taking clients. I stopped doing fashion shows. I refused to shoot weddings (which I honestly detested anyway) and for a time I even put my camera away. It left a bad taste in my mouth. I focused exclusively on things I could create with my hands and my creativity.

It would be awhile before I realized that I had never been a photographer at all. I'd always been an artist. I didn't know about the technology because I didn't want to know. I wanted to be an artist the whole time. I just didn't realize it.

After that realization, my camera suddenly became a part of my life again. First just to snap images of my own art, then suddenly it became part of my art. Now years later my camera is never far from my side. It is as valuable to me as my paints are. About 5 months ago my studio was robbed. They took my laptop and my camera and I honestly nearly lost my mind when I realized my camera was gone. I bawled like a baby for several hours after. My camera was my friend. It had been everywhere with me. Its loss hurt.

I think the myth that an artist and a photographer are two different things is finally disappearing. I see more and more professional photographers today that consider themselves artists also. More important, they are not afraid to say it either. Its no longer a stigma in the photography world to be an artist.

I would hazard to say that this must occur or else professional photographers will run out of new ground to explore. As technology gets easier and more and more people are taking photos, professionals become hard pressed to find something new to shoot. Becoming an artist and not just a photographer opens dozens of avenues to explore and express ourselves.

In the end though, whether photographer or artist or both its still about the eye and the creativity. If you can't be creative about your images then you might as well hang up your camera and choose another field. You may chance to snap that perfect image because you were in the right place at the right time with the right light and you may get some momentary fame from it. But unless you can prove your creativity consistently you can and will be forgotten.

I am more than an artist. I am a creator and I am proud of it. Sometimes that includes being a photographer, at other times it involves being a painter or a sculptor. Its really all the same,

Its still about the eye and the creative process. Never forget that and you will be successful.