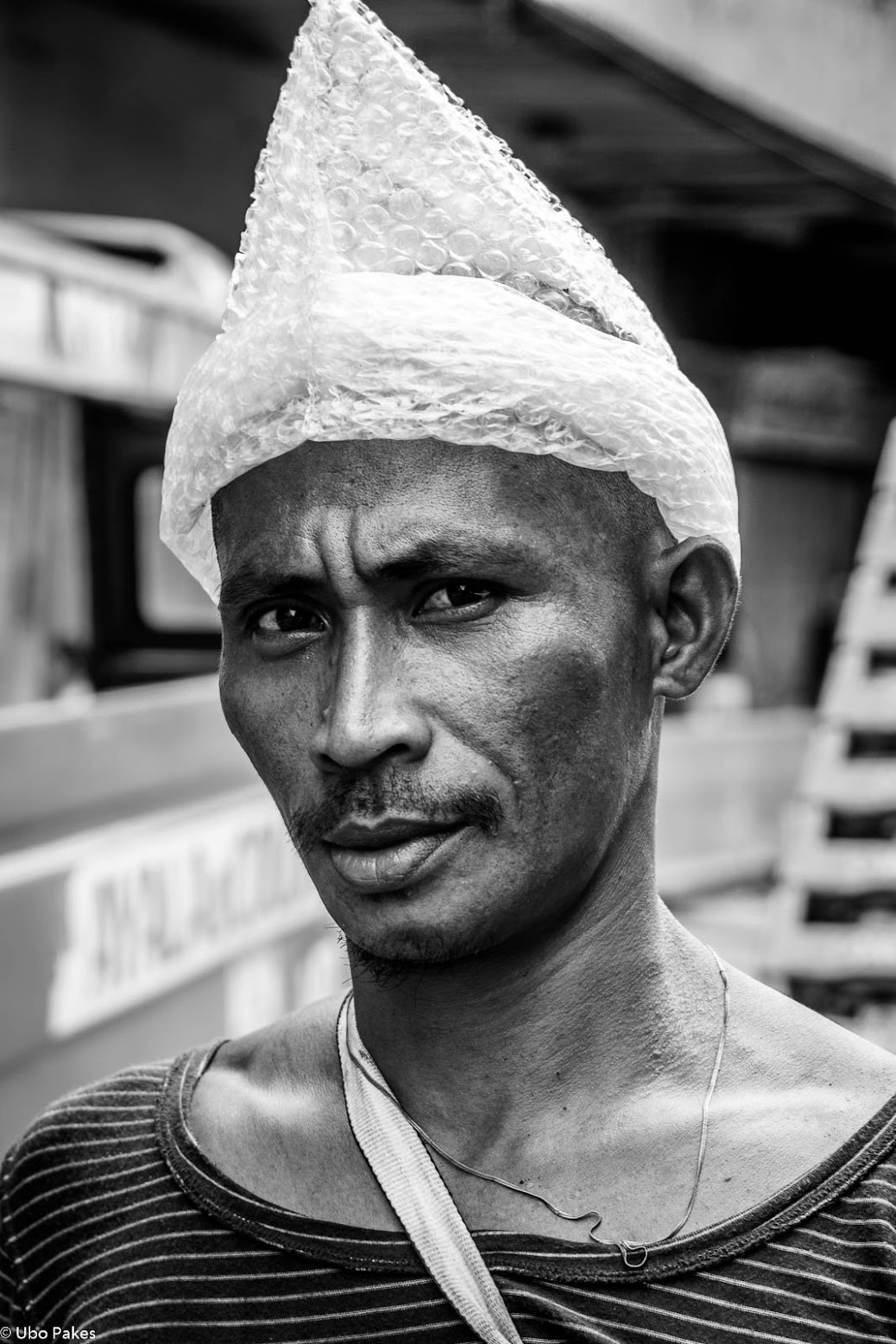 "The Man With the Bubblewrap Hat"

"In and around Carbon Market in Cebu City there are plenty of cargadors. Young (and not so young) men who carry the goods from the trucks and so to the shops and stalls. Mostly they have pushcarts, but they are also capable of carrying 40 kg of rice on their heads so that their hands are free... Quite often they then wear a towel or bag around their heads for cleanliness and protection. I was touched by the trick of this man by using bubble wrap. Practically and fashion sense in one" 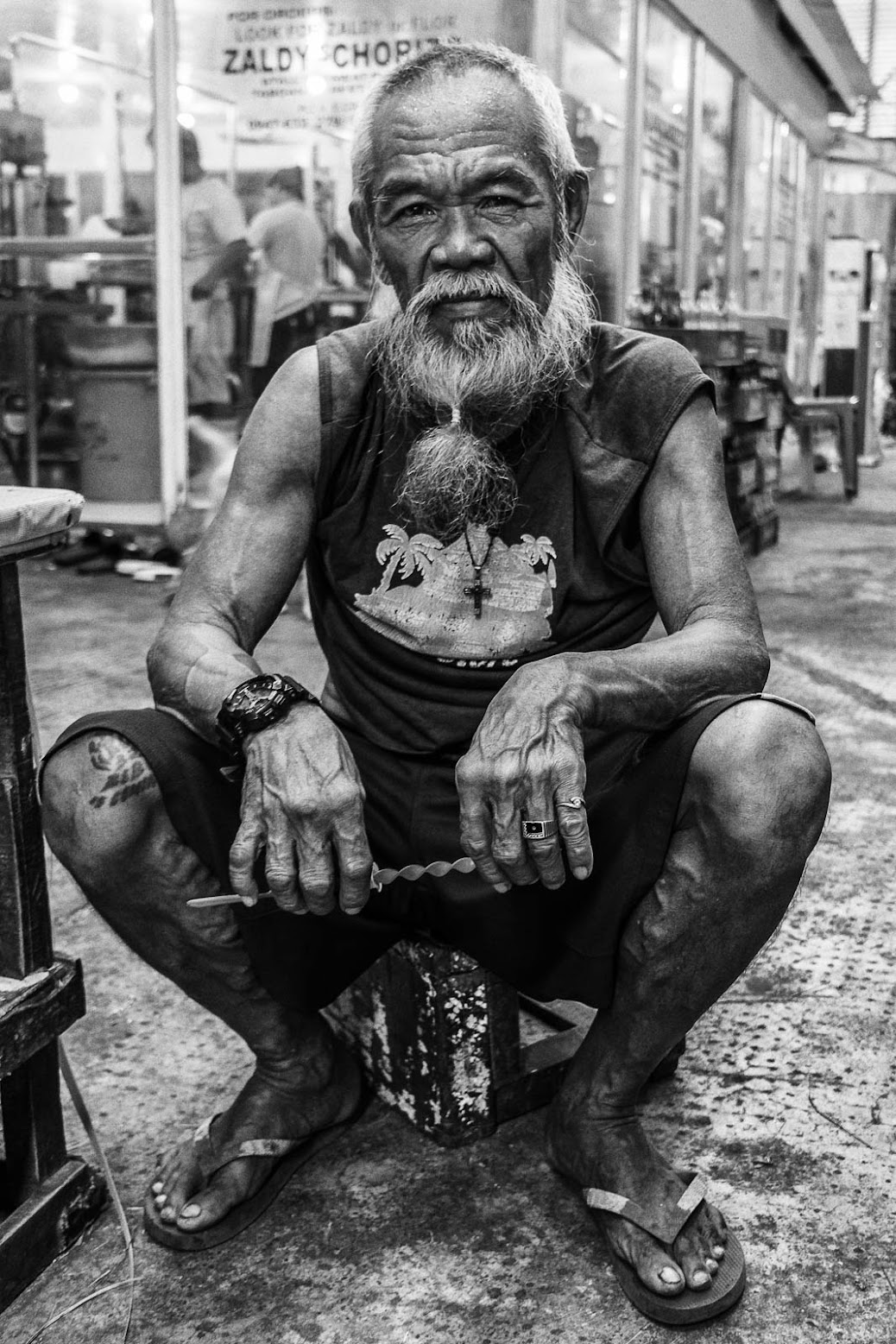 "Man With a Beard"

This man was hanging out at Cebu City's Taboan Market and his nice beard just caught my eye. I asked him for a photo and he was just too happy to comply. 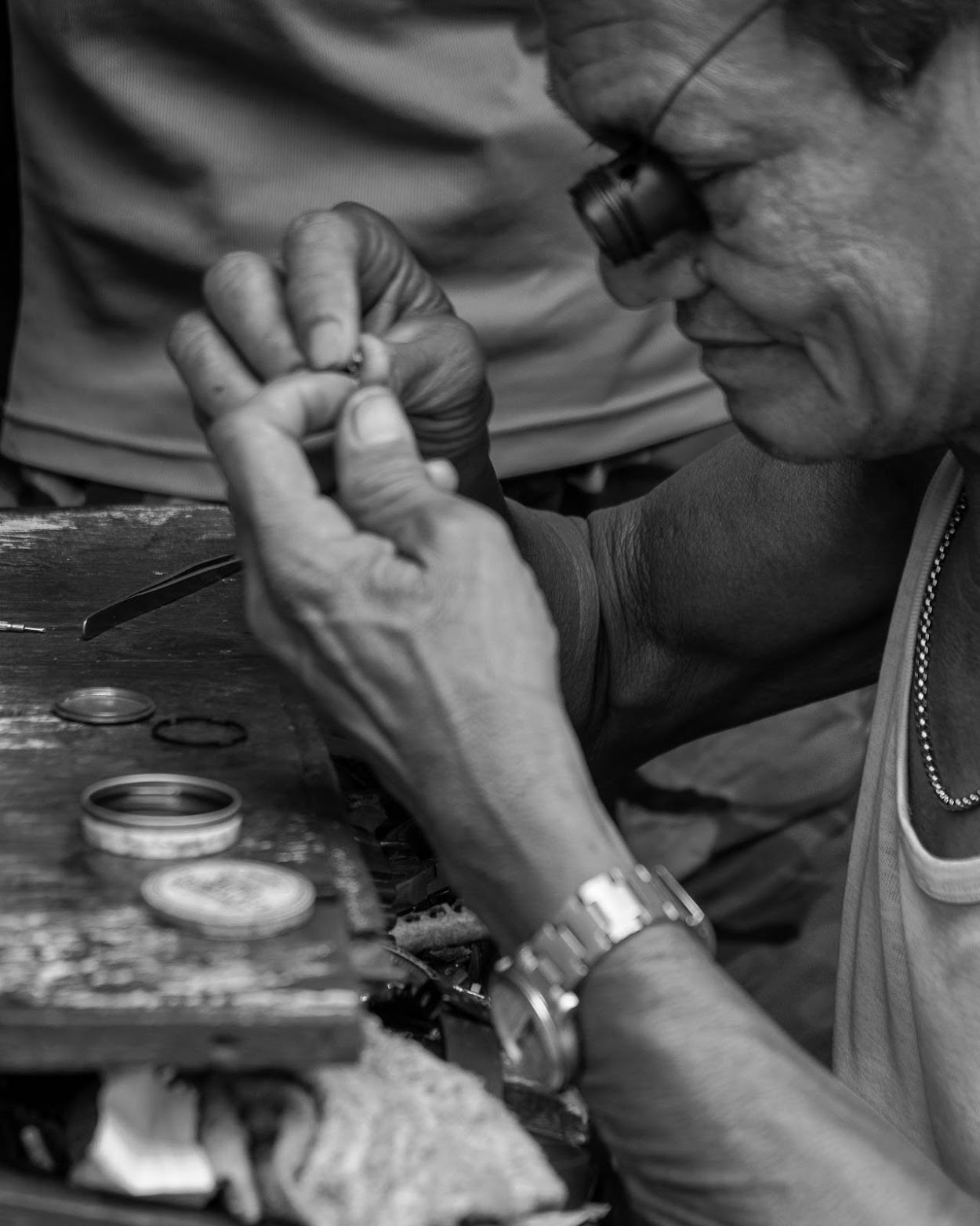 There are many watch makers and silver smiths at work in small makeshift stalls around the market. Although a great part of their day seems to be waiting for customers, it's great to see them at work. 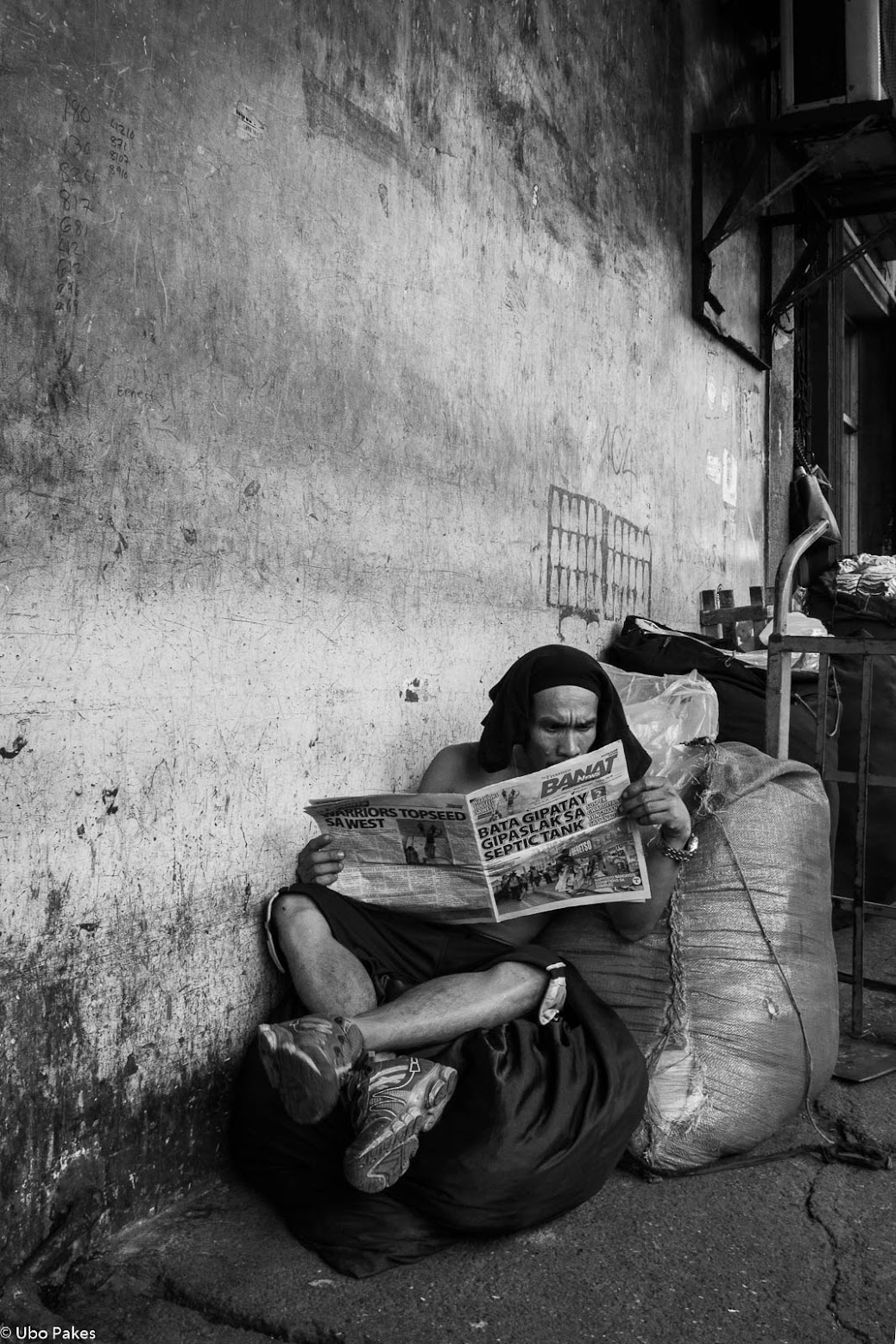 "Keeping Up With the News"

A cargador (porter) having a break from work and keeping up with the local news. 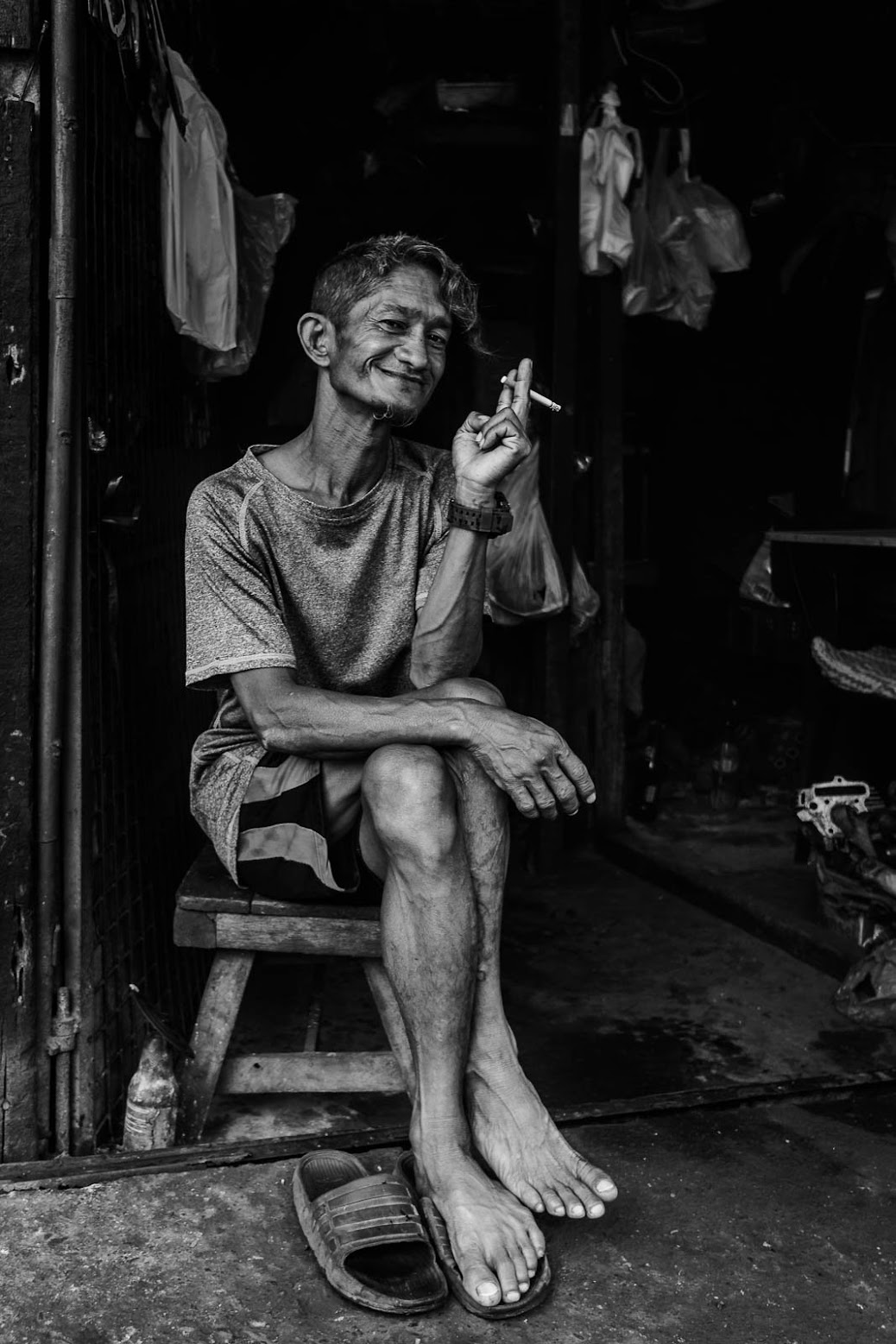 Just outside of the market area in Iloilo City there is a row of small car repair shops. This guy was happily sitting in front of his shop enjoying the sun and a morning cigarette. 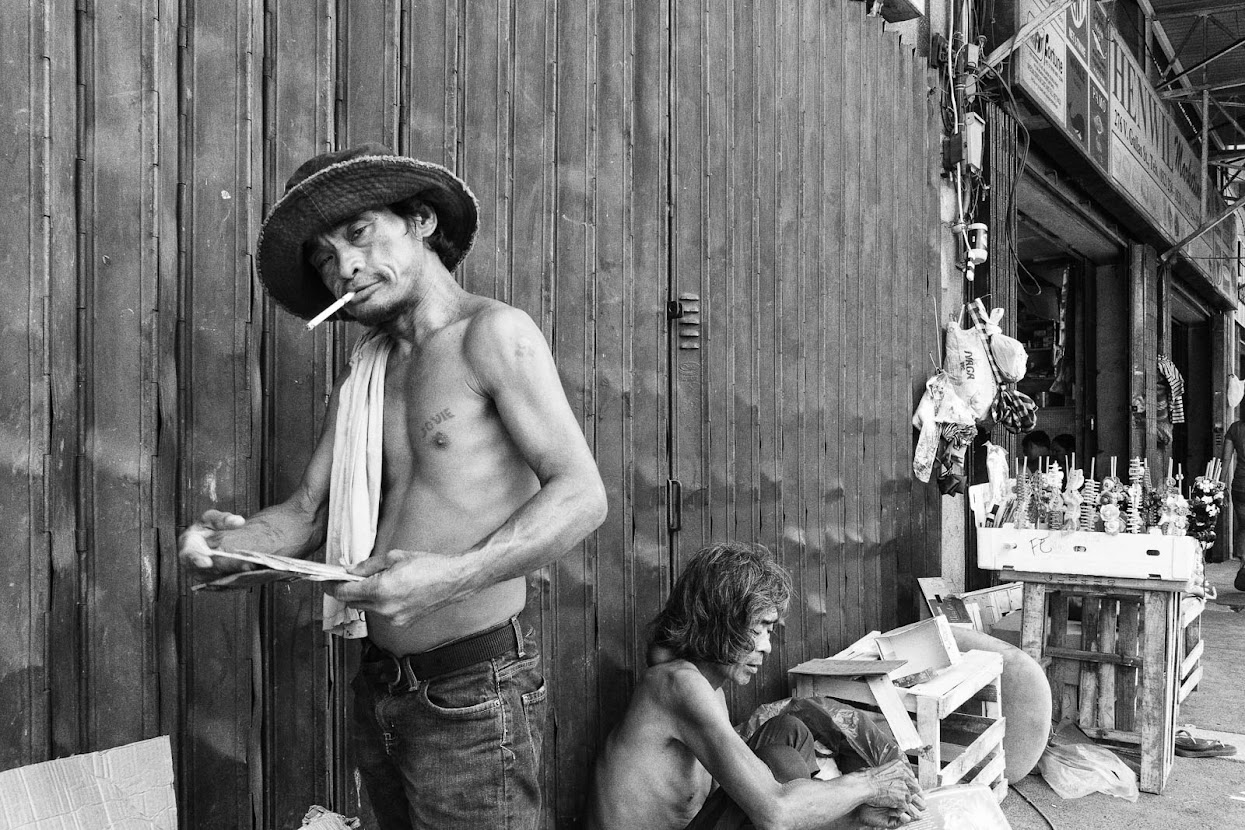 Setting up store in front of a still closed shop in Cebu City this guy was torn between trying to sell me a DVD or having his picture taken. In the end we agreed that the photo was nice. 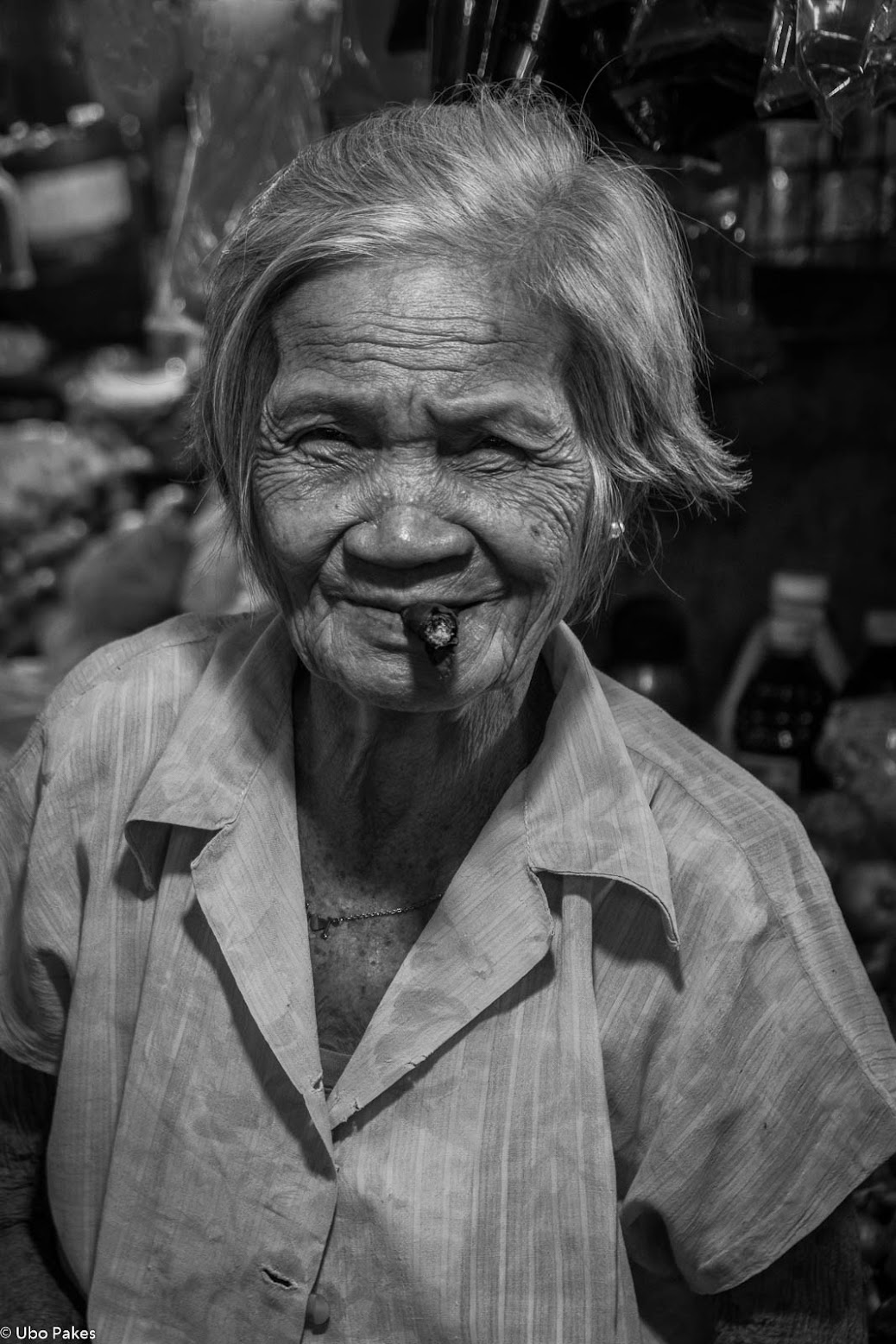 There is still some small scale tobacco growing and selling in the Philippines. This woman in Iloilo City's Central Market was testing her own wares and I just liked the amused, almost naughtily look in her eyes

Ubo Pakes is a Dutch national and is an environmental engineer by profession. He moved to the Philippines in 2008 and photography became a way of getting more acquainted with the many different aspects of Philippine culture and the many differences between his home country and the Philippines. Observing the world around him through his camera is a great way to remain curious of the area where he lives.


Living and working in a big metropolitan area like Cebu has directed his focus on the many people who are working and living a big part of their lives on the streets of the City. Creating portraits turned out to be a great way to be in contact with society, learning parts of the language and the customs of the big city and surrounding province. His interests are mainly in documenting the faces and lives of ordinary people in all facets of daily life.

I love going to markets. Here in the Philippines there is always something to do and the moods and light change the whole day. Early mornings when the market wakes up, is being cleaned and the night people are resting and the day people are starting, eating and unloading their wares. At night with lights, candles and small fires the place is completely different again. There is something gritty about many market areas and the people living here and I like that a lot.

There are always people working, tending their stalls and wares, bartering and transporting goods around. There is also always a big group of men with pushcarts and tricycles waiting and hanging around (standing by) for the odd jobs. Their bodies and faces are a testament to the hard lives they live on the streets, but they are usually very forgiving to a foreigner with a camera. You never know what you are going to get on the market, but you always come away with something.

Another thing I like about the markets here is the broad array of faces and expressions and the fact that you can see their life in their faces and bodies. Worldwide there is a trend for people to conform to a regional standardized beauty template. Success and social status are now also partly measured by the way a person conforms to this template. The price to pay is however a loss of the individual looks at the expense of the generic beauty ideal. A big part of society however is not so much active in this process since they lack the financial means to participate. There are many, many men, women and girls who are working in the streets and small stores every day to make ends meet for them and their families. There is real beauty and there are real stories of life in their eyes their faces and the wrinkles that they have earned.