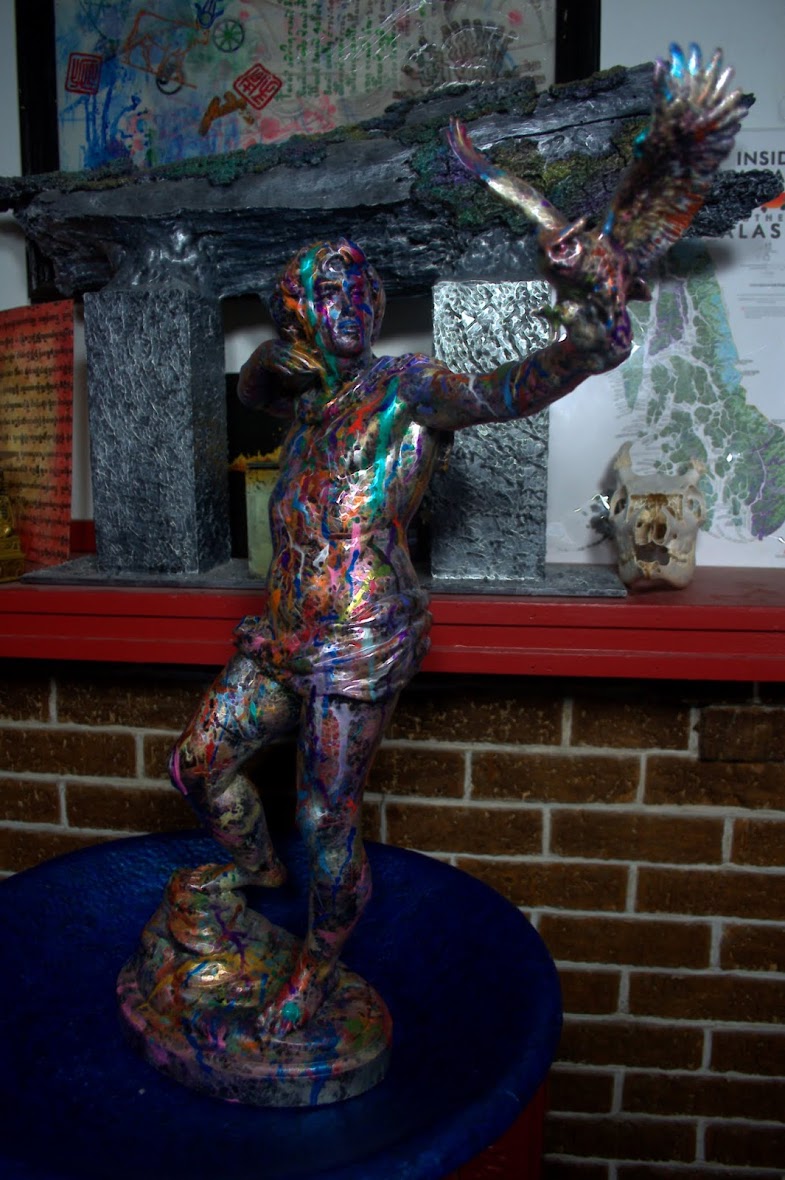 Apollo's Wise Flight is a transmogrified piece of art.

Transmogrification is the act of taking old art that is broken, discarded or damaged and re-imagining it into something new. Anything can be subjects to transmogrification with the only rules being that the original piece began as art and that the changes you make upon are it substantially alter it.

The bust was found at an estate sale. Although we were unable to locate this specific pose, it was obvious that it was a sculpture of the god Apollo. Its right arm had broken off at some time in the past, leaving just a stub. We assume from the position of the left arm that he was probably carrying a bow and getting ready to launch an arrow.

Since repairs to the arm were impossible to match without the original broken shards, it was decided to replace it with the ceramic owl. The original sculpture was pretty dirty so an extensive cleaning took place after the owl was added and before painting. A triple gloss was applied to the final paint which used a combination of primary and metallic acrylics. 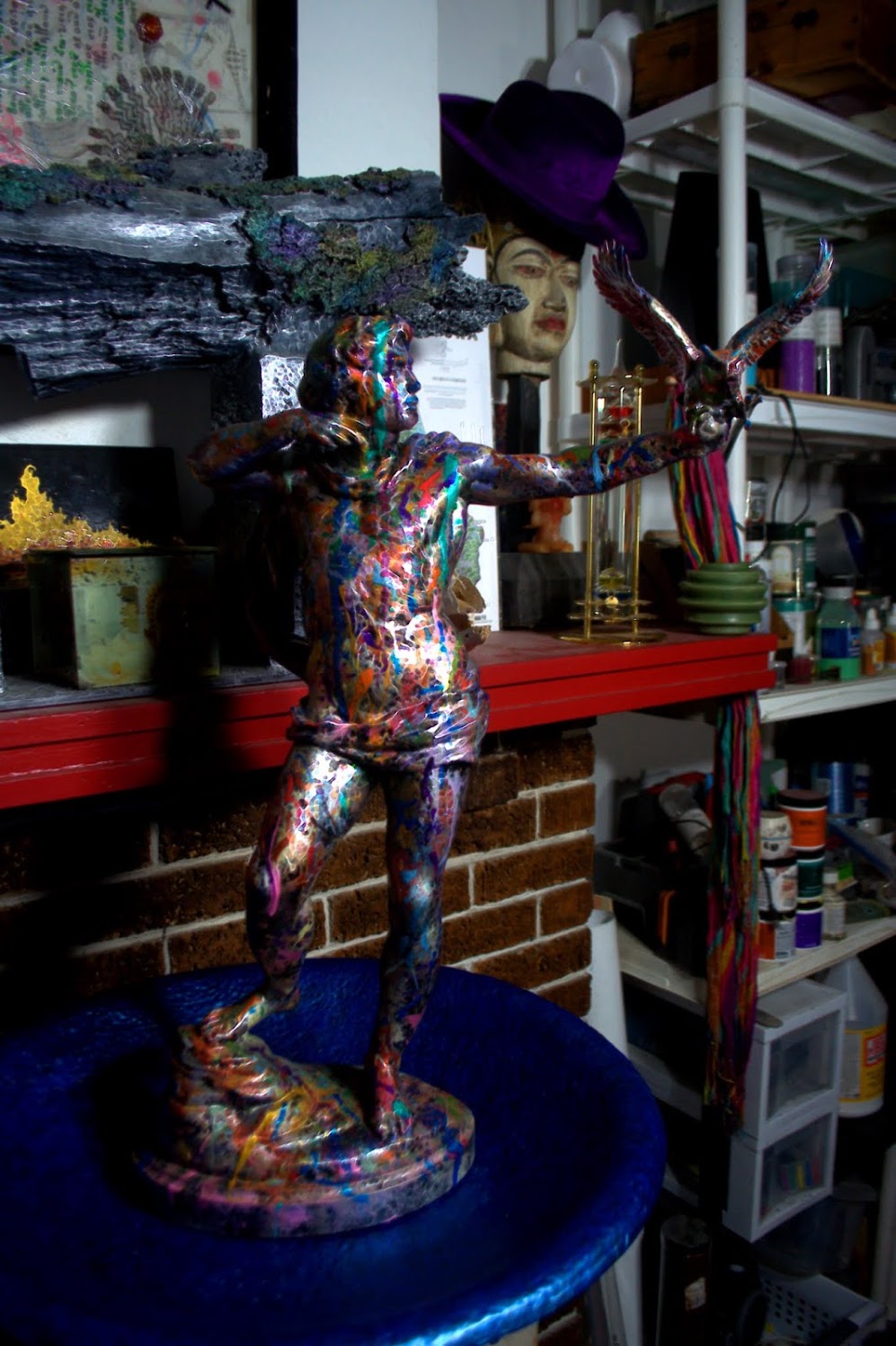 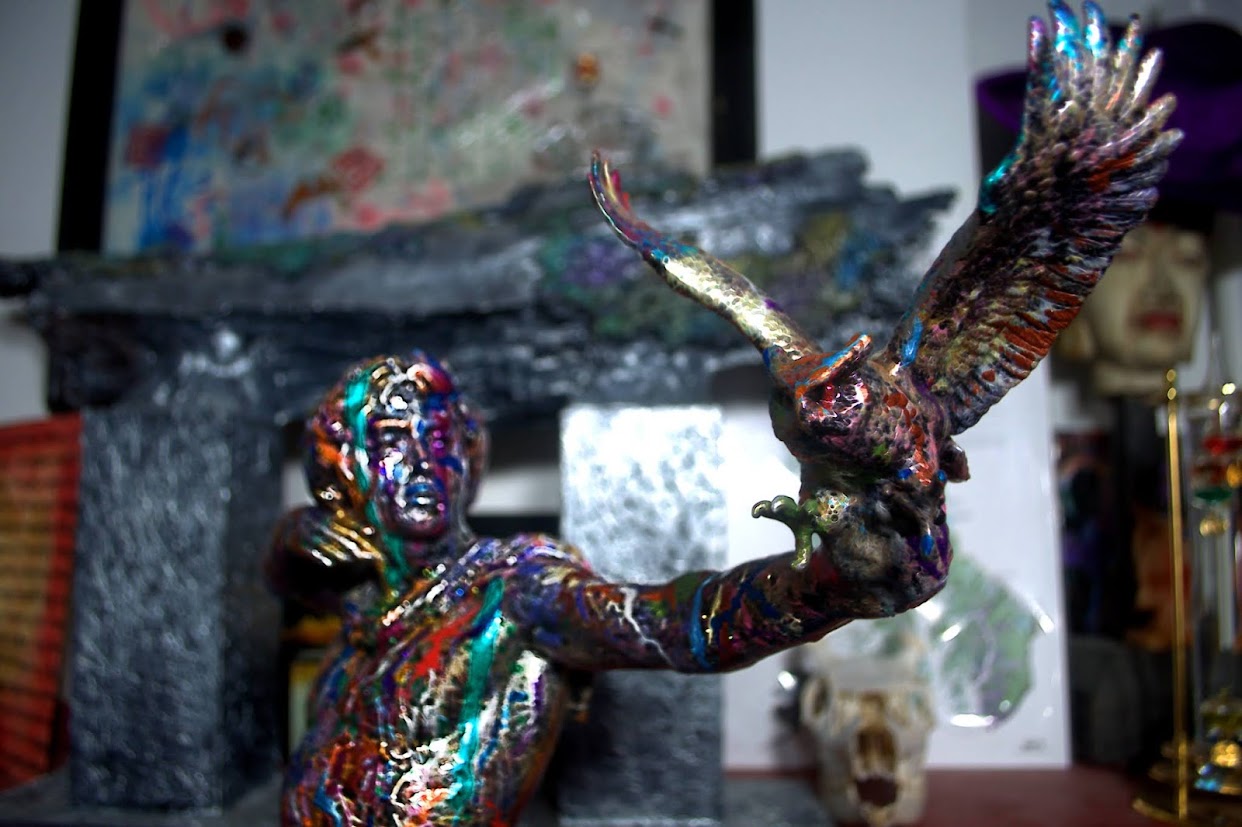 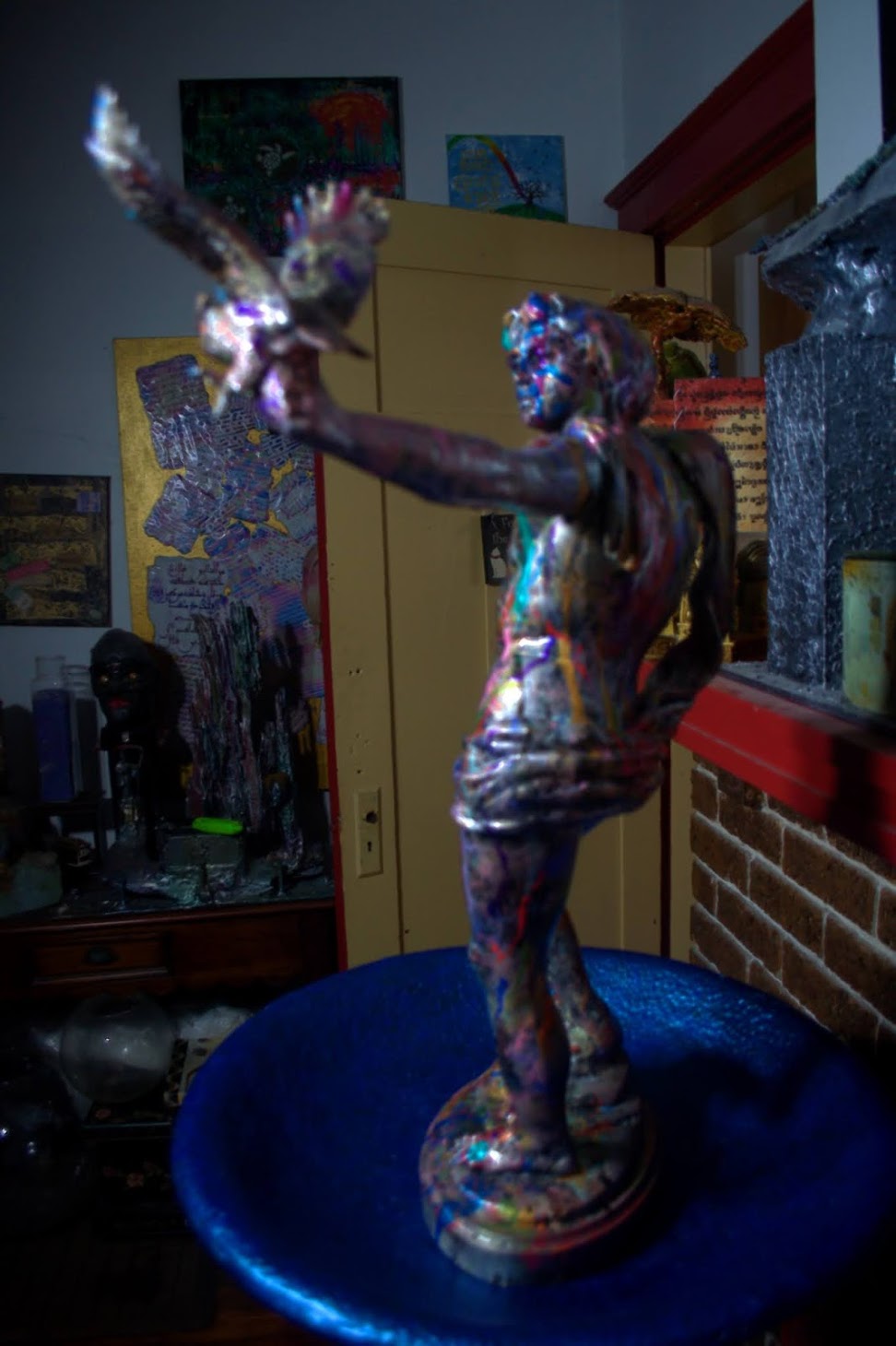