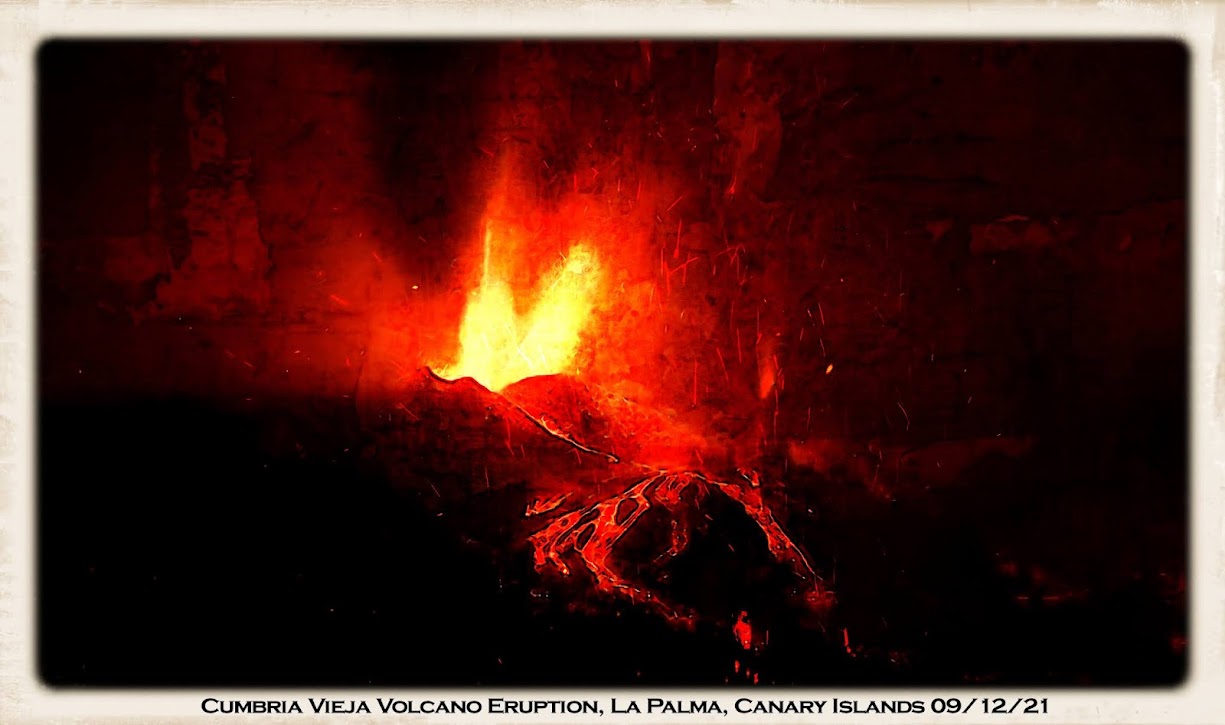 The Cumbria Vieja Volcano is currently erupting on the island of La Palma in the Canary Islands. This art was spontaneous art created from live feeds of the eruption.