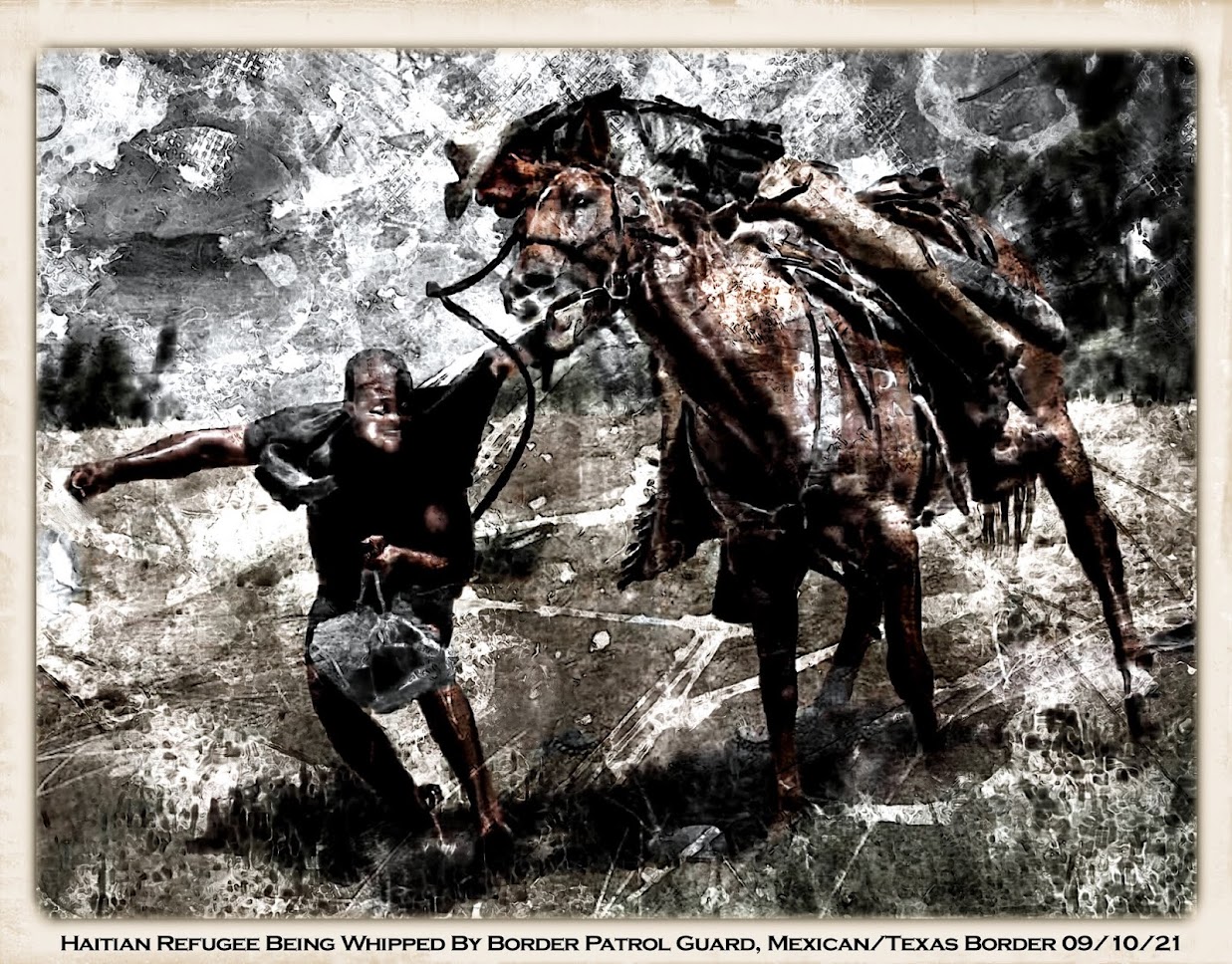 Crisis on the border as Border Patrol agents think they are cowboys, roping and wrangling poor refugees attempting to get food from organization trying to help feed them.