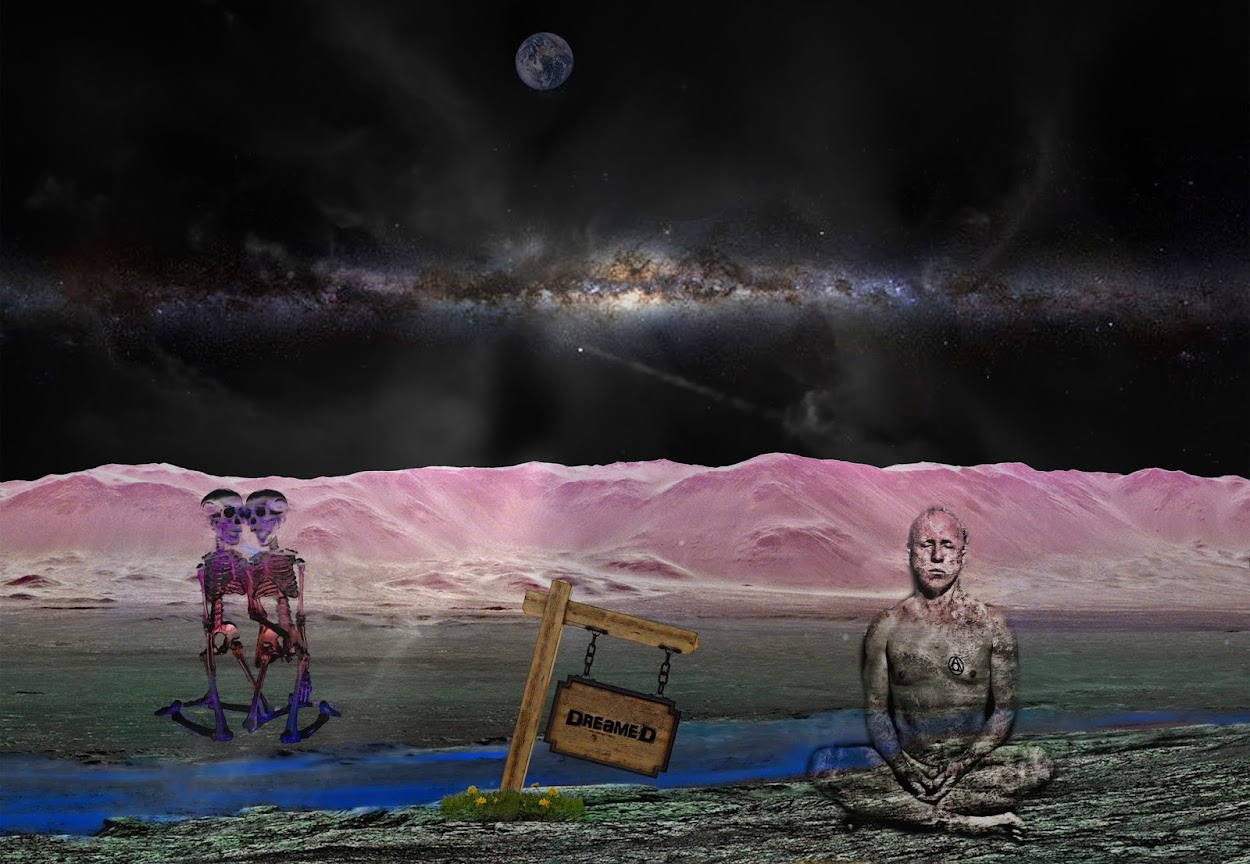 Its growing warm now. I can feel it on my face.
But I am no longer asleep. I am no longer within the dream. Another has come. Perhaps he will talk to me.
He is deep in meditation. Perhaps he is a dreamer also.
I remember him.
I saw him once. I passed him by one summer night, while in a drunken stupor, staggering past an alleyway. Dirty, barely clothed, cross legged beneath a flickering neon light, a graffiti covered door behind him. on his face was a look of absolute peace. He'd left the dirt and decay of his world behind. There in that doorway, he'd left the pain behind and had transcended.
Later I'd read that they had found him dead the following morning, just as I had last seen him.
Why was he here now? What message did he bring to the dream? Should I have tried to save him? Was he trying to save me?
And there on the grass near the trickling stream were skeletons in an embrace.
What were they here to say to me? I remembered a movie suddenly. About a nuclear bomb and lovers embracing, the tracery of their bones seen as their skin was seared away.
Harbingers of doom, spelling out before hand when the dream turns to nightmare.
I grew cold.
Go Forward in the Dream