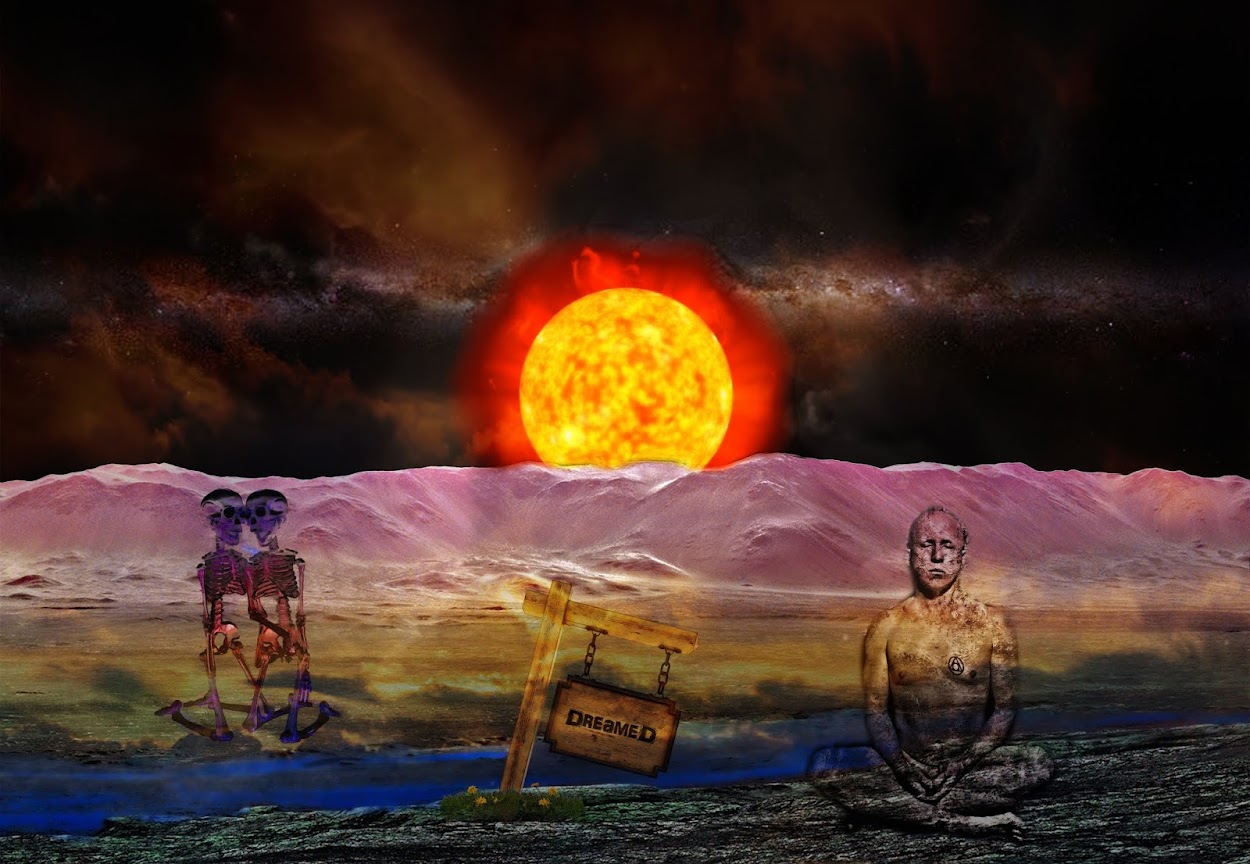 And then it rose. Cresting the hills. A dying sun, almost a red dwarf, its fires roiling. The last day of a dying sun and I was here to witness its death.
Too close!
Its heat began to burn my face. The pastel colors of the landscape were beginning to yellow like old flesh left to rot in the desert. The grass of the valley, dying.
The skeletons were frozen in place. Destined to repeat a scenario of the death that was perhaps their soul purpose. Teaching that fragility of the human form.
The meditating dead man began to fade. This was not his dream. He'd already left these things behind in death. But I hadn't.
The earth was gone. Fled across the starry sky far from here.
All I could do was watch the furnace grow and regret the passing of the pastel night around me.
The skeletons would fade to ash. The dead man would fade to another universe. But I could not leave the dream...
Go Forward in the Dream