Many view Jackson Pollock as one of the genius artists of the 20th century. Others view him as a that dude that splattered paint around and called it art. I once heard a father at an art museum say to his young son. “You made better art when you spilled those finger paints”.

Sadly for a long time I counted myself among those who just didn’t get it, even though I am an artist myself. Yet, even as I didn’t grasp Pollock, at the same time I found myself having a fascination with splatters of paint. An inadvertent droplet of acrylic on the ground opened a whole new vista to my imagination. The way it was shaped, the curve of its tail where the gravity laid it out. Why would I enjoy this? What was I getting from it? And then suddenly I grasped something crucial about Pollock and this form of art.

Simply put. It’s not in the splatter of paint that the art is found. It is so much more complex than that. It is about chaos, and it is about uniformity. For me, I often start a piece with total chaos. The random splatters spilling across the canvas are merely a starting point for developing something much more complex. How does one line of paint interact with another? How does it form a whole? Layer upon layer it caresses the canvas until suddenly, almost like magic, there is art. It is the artists’ imagination and perspective which create art from the madness which is life. In a sense we do this every day by ordering our lives into meaningful sense that others might not have the ability to grasp. But we understand it and it works for our pattern of life.

But it is even more than that. In an article about Pollock an observer told a story about being in his studio once and watching him work. His canvases were laid on the floor and the artist would move across it as if in a trance. His steps were intricate, almost like he was dancing to a hidden tune, the paint spraying from his hands to the canvas beneath.

This was story that brought a revelation to me. That trance state was something I understood. I'd done the same thing in countless body paintings moving around the model like I was dancing with them. Sound receding to the point where all that was left to me was the paint and a grand cosmic design that only I could see.

But where was I to go with this revelation? Deeper into the design. I dropped the pretext of trying to create a specific idea onto the model and merely let the paint speak for itself. I began to develop new ideas for how the paint could flow. Sometimes heavy splatters, other times merely drizzles across the models form.

I now understood Pollock in a more complete way. I was trance dancing to the colors but I was doing so in 3 dimensions rather than in one. The model had shape, they were not flat.

Its at that point that I devised the concept of the 3 dimensional canvas. A space with walls, floor and ceiling and the model in the midst of it and that intricate dance to merge the model with the space around them.

Now my mind races with ideas within the space of the 3 dimensional canvas. If anything I fear I will lose the rhythm of the dance if I don't move quickly. I can almost understand why Pollock took to drinking. Its almost too much to grasp at times.

Abstraction can be so much more. It may start with drizzling paint on a 1 foot canvas, but in those tiny steps there is a whole dance that we can achieve. We are both the dancer and the choreographer if we just let go and stop worrying about the perfection of our art. Let the paint flow.

I've begun the first full session using the "Trance Dance" concept. It will be in the experimental stage for the next several months but it was an interesting experience working with a model without any plan of action and merely experiencing the paint. Surprisingly it took a lot more energy out of me than a normal body painting session usually does. Its difficult to surrender totally to the way the paint moves. It will be a learning experience for sure as I proceed. Here are the first pieces of finished art from the session. 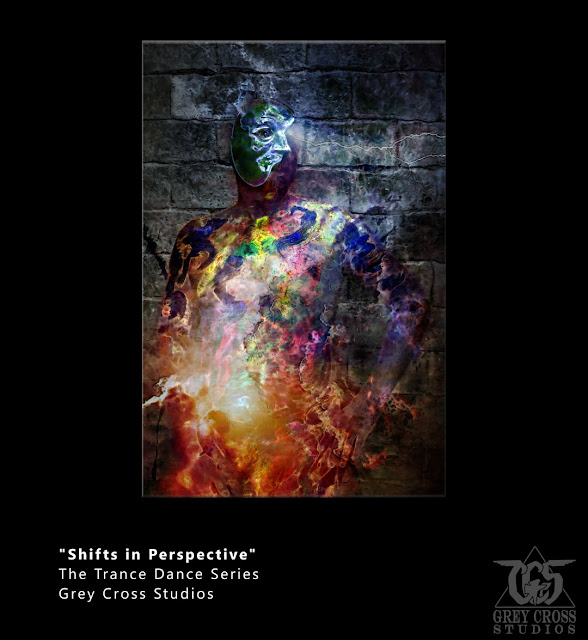 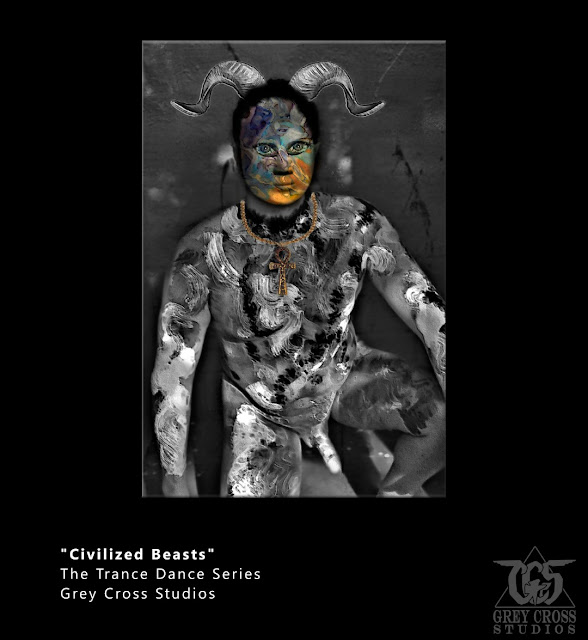