An Artists Memorial to the Al-Nuri Great Mosque 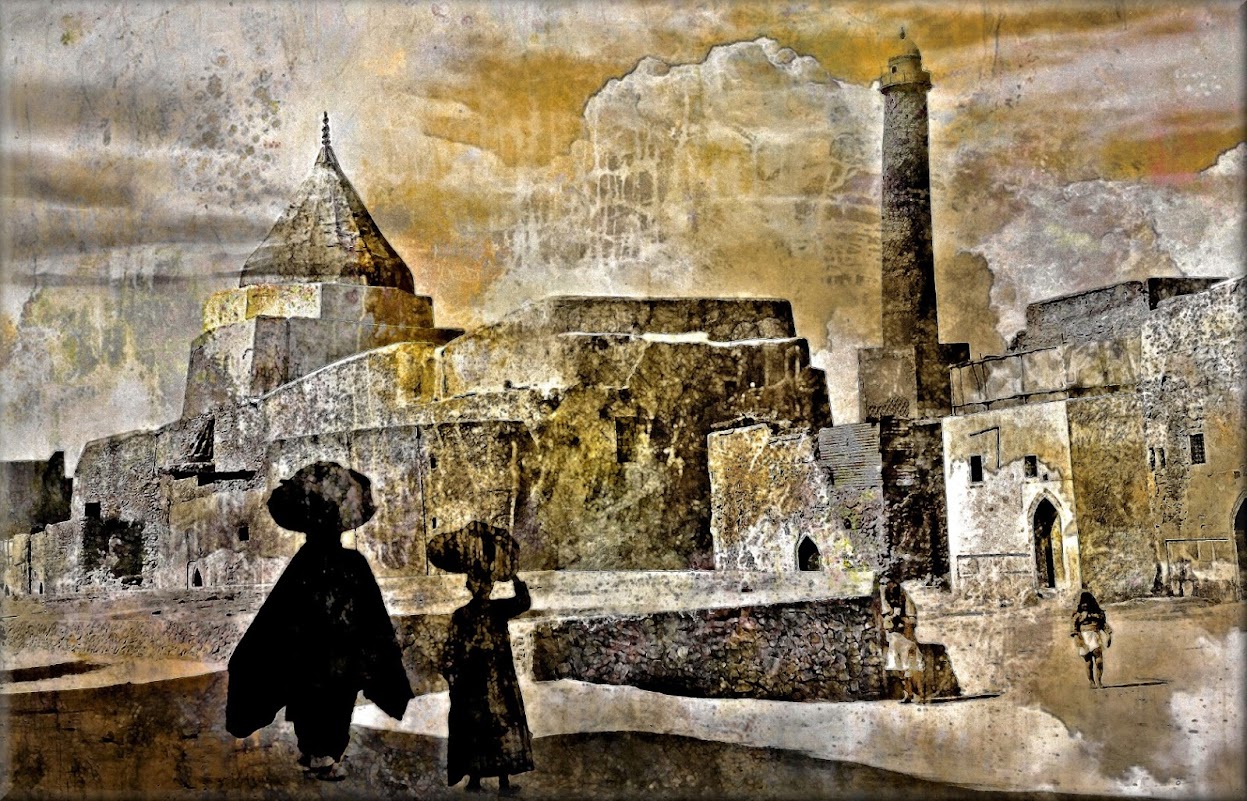 In 2019 we watched the cathedral of Notre Dame in Paris burn.
I was sickened at the loss of such an iconic building filled with art and beauty. It was not a religious thing within me, but a visceral gut punch that we would lose such an amazing structure of art and history.
I felt an overwhelming need at the time to memorialize the church in a series of art, just to help me cope with its loss. Afterward I was asked by several people if I was Catholic. I said no. Another asked me if I was French. Again I said no. Finally someone said, why bother then? Because of beauty I replied sadly.
We seem to have lost our ability to see beauty just for beauties sake. We align ourselves with so many ideologies that we forget that some things just exist to bring beauty to the world. They need no other reason.
So I did a small series of how I saw Notre Dame, both with and without flames and I felt when done like I'd found a way to cope with the loss.
So much has happened since that fire occurred. We've seen Pandemic and social upheaval and here in the United States the rise of a tyrant.
This morning I saw an article about a poll taken in the United Kingdom asking people what they thought were the most unessential careers that we could do without. Artists were the #1 choice by people. Telemarketers were #2.
I interpreted this as "beauty is the least essential thing we need right now". I admit I was heartbroken to hear this study. If anything beauty in the form of art is what we absolutely need right now. Both to soothe the soul and to teach where words are not enough to make people understand. Our shortsightedness will indeed spell our demise as a race. If we cannot see what art brings us, then we do not deserve what lessons it can teach.
Another small story that I heard in the news, which meant nothing to most, was a story of the new Iraqi Prime Minister visiting the destroyed city of Mosul. The article was discussing how badly the ISIL militants destroyed every beautiful thing they did not agree with within the city, including the thousand year old al-Nuri Great Mosque.
The images of this devastated structure were a perfect example of people letting their ideals and biases hide beauty from the world. I felt the same pangs as I had with Notre Dame. What a fucking shame to do that to anything. I'd like to blame Muslim sycophants for its destruction, but the fact is that the same extremism is all around us. I know evangelicals who would have destroyed that Mosque just as quickly as the ISIL extremists. There is no place in the world that is safe from this kind of evil.
So with that in mind I sat down and began developing a memorial series for the al-Nuri Great Mosque in the hopes that a little of its beauty still exists in my surreal imagination at least.
at 7:54 PM