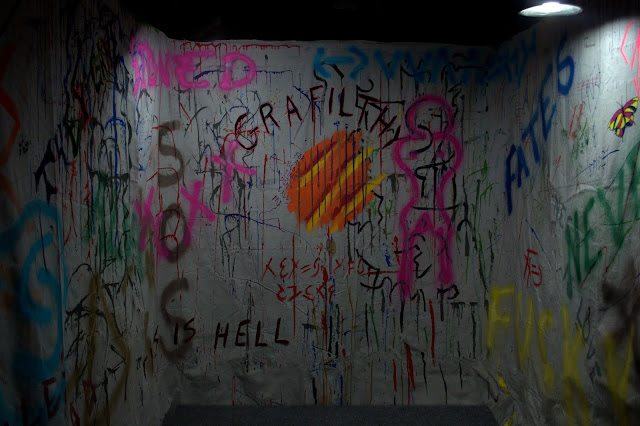 Metatransience is art that intentionally changes over time. All things change.

Even though the artist may conclude that any given piece of art is finished, the truth is that they have assigned an arbitrary ending to it. All art whether it is being worked on or just looked at, is in a state of either evolution or devolution.

The lifetime of a piece of art is constantly evolving when the artist is working on it and devolving after the artists concludes its finished.

Even art in extreme preservation such as DaVinci's Mona Lisa or Michelangelo's David are still subject to the laws of nature and are slowly devolving as they age.

Metatranscience means that the artist is consciously changing the art. A perfect example of metatranscient art is a brick wall in an alley where graffiti artists are constantly spray painting on it. It is in a constant state of evolution. But if the wall is isolated from people then no one adds to it and it begins a natural state of devolution. Things fade, paint flakes off. It devolves from the cusp where evolution ceases to exist. But if five years later the same wall is suddenly opened back up and people begin to paint and tag on once again, at that point it reaches another cusp where devolution ceases and evolution begins again.

This is Metatranscience. Literally the "science of transition".

In some ways I see metatranscience as allowing the art to live. When you draw that arbitrary finish line, the art for all practical purposes begins a slow death. You can keep the art alive for a long time using the machines of preservation but eventually, whether its 10 years or 10,000 years, the art will eventually die.

By considering metatranscience, you open yourself up to a whole new way to look at your art. Even if you never consciously change your artistic habits, when you begin to look at the lifetime of a piece of art, it cannot help but change your habits. You stop seeing the art as just what is in front of you, but begin to think of ways that the art can last over the years.

I see a whole new variation of art coming from this process. Perhaps we use materials that break down or change over time or subtly change the form of the art. Consider paints that change color over time, or a painting that changes with the humidity in the air or the temperature of the room it is in. The possibilities are endless.

This is Nothing New

This is the natural state of universe, evolution and devolution existing in all things. But when we become consciously aware of the process and how we as artists can speed it up, or slow it down, it gives us a brand new look at our art. Art is no longer stagnant, but just as alive as we are.

Where Did I Begin? 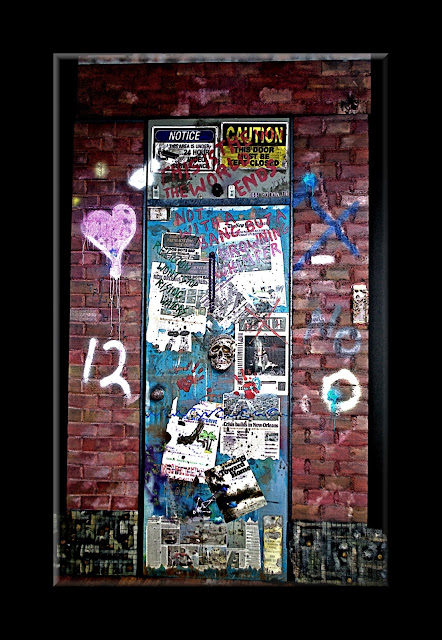 For me, the journey towards metatranscience began when I created a large piece of art for a show. This was called "The Door to Nowhere". It was made from styrofoam panels and stood 10 feet high and 8 feet across. It was literally a door that you could not open. Upon its surface was iconography from Hurricane Katrina. I'd never had any intentions or misconceptions that a piece of art this large would sell. It was created for effect and statement only.

When the show (which was a week long) was over, I moved the piece back to my studio and propped it up in my studio alley. I'd figure out what to do with it later. The show was in December and of course other things came and went. The art stood in the alley for months, through winter and into the spring.

When I next took notice of it, Cats Claw vines had begun to grow up its surface. Rain had washed away a few of the details and the piece had aged.

I was intrigued, because it had taken on a more realistic look of a door slowly retreating into nature.

Over the coming months I kept a more constant watch on its progress, just allowing nature to take its course. About that time I began working on the Imaginarium art space. The Door to Nowhere was still sitting there and I decided to incorporate it into the Imaginarium. I moved its pieces, reattached it to frame that was anchored in the ground, and instantly it had found a new home. 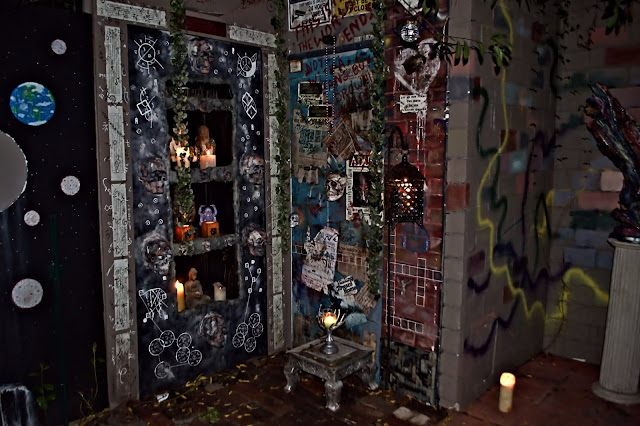 Over time I've added to it, removed from it and had my art interns leave graffiti and art upon it. Today it is no longer the same piece it was when I had it in the show. It is something that has gone through the cusp on multiple occasions and to this day remains a vital part of the Imaginarium.

Later, other pieces were incorporated into the design of the Imaginarium to the point where the whole space represents metatranscience in its truest form.

During the past few years, I've explored metatranscience more deeply. Last year we created an internal studio space that began as simply white walls 4 feet wide and 6 feet high, which formed a square made from canvas. Over 6 successive body painting sessions, the walls were changed over and over to reflect the themes of each session. There was continuity from session to session, by leaving some elements unchanged and others partially changed. In simple terms, the walls evolved and were as much a part of each session as the model being painted.

With this in mind, we recently created a 16 square foot space using both the metatranscience and another art concept called Structural Chaos. In the coming weeks we will be doing a series of 6 body paintings within the space. The difference between last years project and this years, is that the space is 3 dimensional. The model will be inserted into the midst of a geometric web while they are being painted and photographed. The web will constantly change, as will the background. 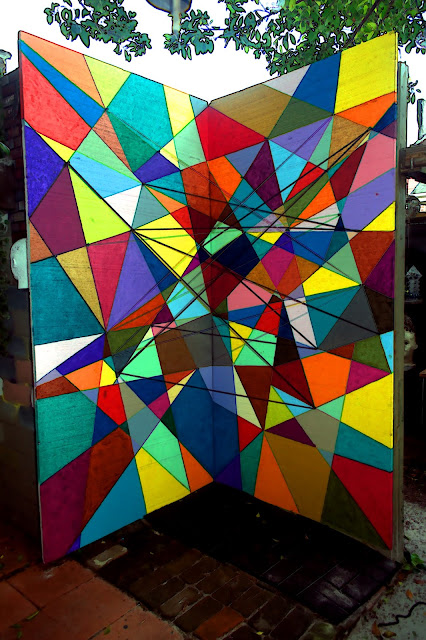 Where we go after that with the concept is unknown. I'd like to see other artists working within the framework of metatranscience and see it go in other directions.

One fact is certain. The concept of evolving art is here now and it will change the way some of us see art. We've only scratched the surface of knowing where it can take us.