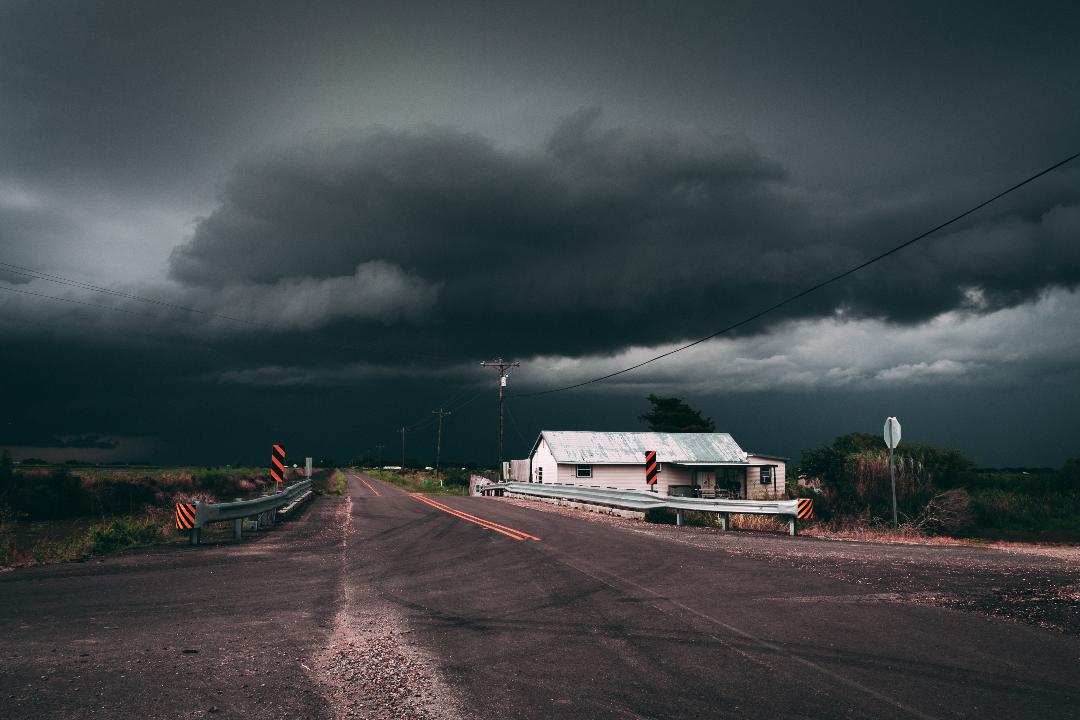 South of Gueydan, LA, 8/16
This photograph was made on a summer photography trip to Cameron and Vermilion parishes, the southwest corner of Louisiana, in August of 2016.
I've made a lot of trips to this area specifically in August, when the incredible heat, humidity, and haze, along with the flat, minimalist landscape, can put a lone traveler through the area in a kind of trance; a drive east from Cameron to Pecan Island on Route 82 takes you through what is known as Louisiana's Outback, a long stretch of highway across the coastal plain, mostly through endless wetlands and prairie, that is mesmerizing for anyone seeking a calming escape. I've made the drive many times, and when the highway turns north again and I start approaching Abbeville, it feels like I'm coming out of a time warp and slowly resurfacing in civilization.
The day this photograph was taken, I had just completed one such trip around what I call the "loop" of rural highways that makes a good day-long trek through southwest
Louisiana's coastal zone and the Outback. Thunderstorms are a daily occurrence in August in southwest Louisiana, and I spent most of the day watching this one out of the corner
of my eye, where it always seemed 20-30 miles away, but slowly growing larger as the day went on. I was hoping to slip by south of it as I drove back to Lake Arthur, where I was staying for the night, but when I stopped south of the small town of Gueydan for a few photos, the storm suddenly exploded in size and caught me completely off guard. I turned around to this sight after a sudden, very loud clap of thunder, raised the camera, and made the capture. I quickly got back in the car and headed north on the road you see, hoping to make a quick left at Gueydan and speed west away from the storm, but it caught up with me just west of the town, on a highway with a ditch on either side and no place to pull over, making for an incredibly scary drive as I made my way back to Lake Arthur, through a blinding downpour and constantly flashing lightning, knowing there was no safe way to get off the road and wait it out. Either I drove out of the storm or it burned itself out, but by the time I got back to Lake Arthur the evening sun was shining, while what was in the rear view mirror looked as dark as night.
I wound up with not too bad a photograph that was one of my favorites from this particular trip, and the lesson learned never to take chances with summer thunderstorms in south Louisiana. As far as I can remember, this is the only photograph I've taken when I was scared.