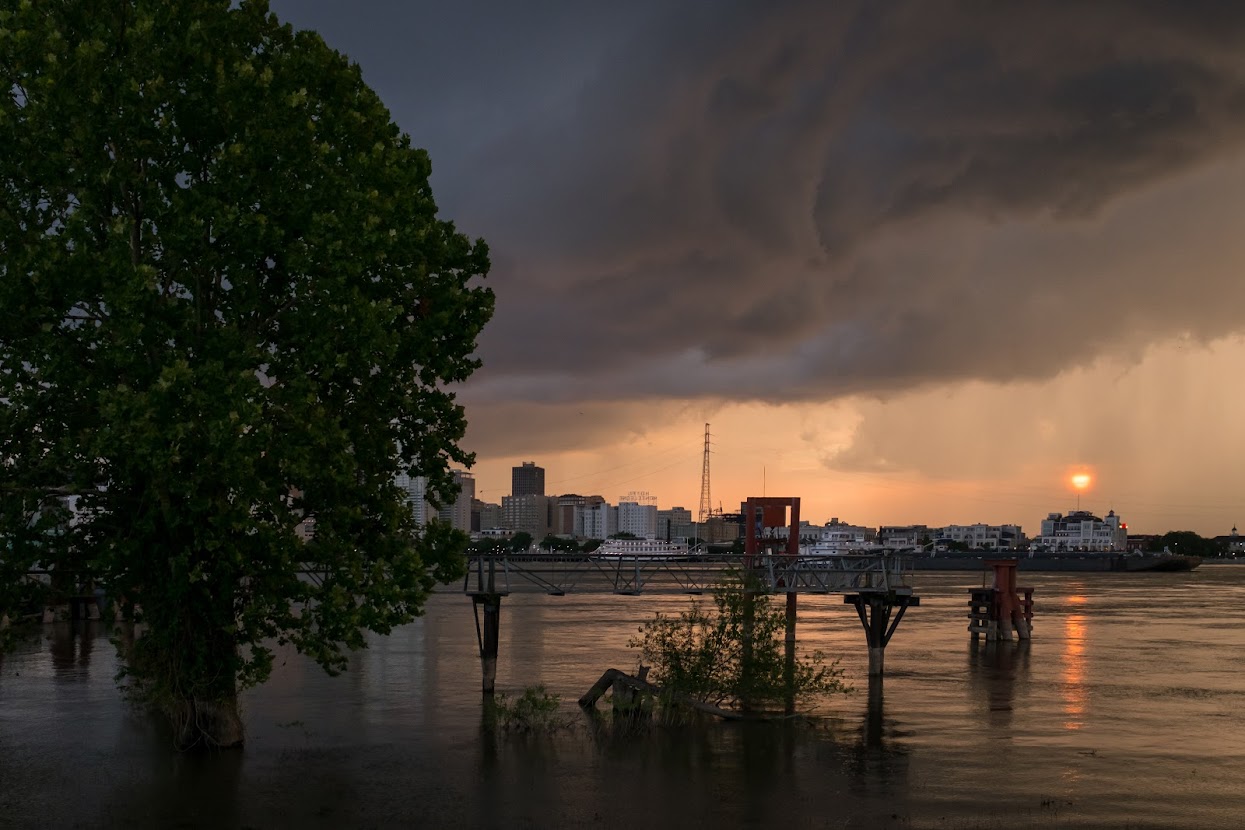 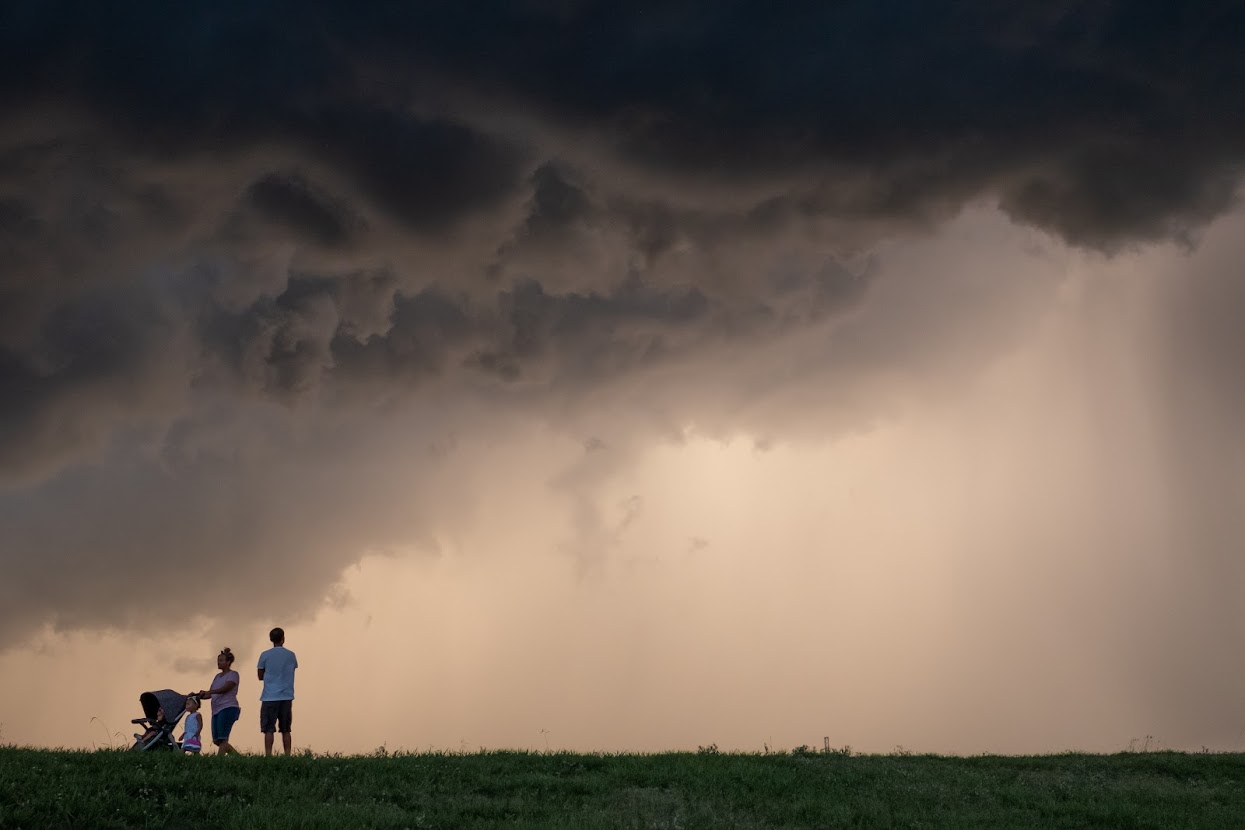 Algiers Point, New Orleans, 6/20
Trying to stay busy during coronavirus lockdown has been a challenge. I had a lot of photography plans in place for this year including a rare boat charter down to the Mississippi River Delta - all put on hold indefinitely because of social restrictions. I've tried to keep my frustration about this at bay by trying to grab the camera and head out for at least an hour
a day for photography (while observing social distancing).
These photographs were taken a few weeks ago when I happened to be in the right spot at the right time. At Algiers Point, a bend in the Mississippi directly across the river from the French Quarter, I was lucky enough to catch a small storm squall slowly crossing the river toward me right at sunset, which made for an incredibly dramatic sky backlit by the sun.
There wasn't much at all I had to do to achieve these shots other than see it and line it up. There is no "photoshopping" -- I only corrected the white balance in post processing. The composition of these photographs reflects the idea of not putting the subject or the action in the bullseye. It doesn't always work, but a lot of times it gives the photograph a sense of motion and scale that wouldn't otherwise be there, and the effect keeps the viewer's
eye moving around the frame.
Joel Meyerowitz once wrote that he liked to "turn away from the action," and it becomes part of a greater scene that says much more about the subject as a result. I usually "see" the finished photo in my mind this way,  from doing it for so long. Meyerowitz also mentions Fellini as a touch point for image composition, as in his films the camera often drifts and tracks slowly over a scene while you are constantly given new things to look at; the action is rarely dead-center. Fellini Satyricon (1969) was a huge influence in shaping my tastes in composition of a photograph.
If the sunset is falling off the edge of the frame, as it is in the photo here, it's still a sunset, but there's so much more to look at along with it -- it isn't just a sunset.