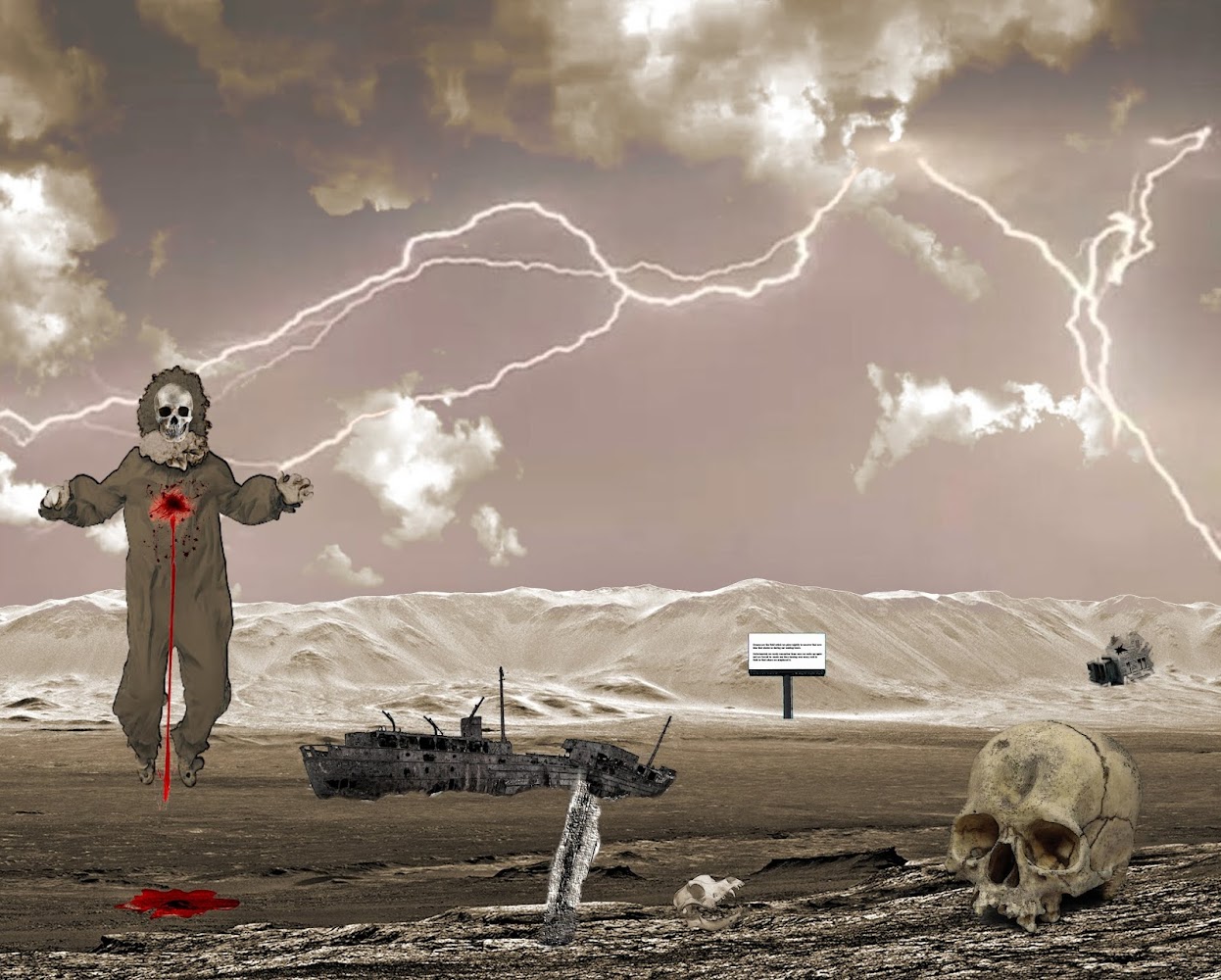 The ground shook.
The scene changed.
Perhaps I'd finally asked the right question. "What's it all mean?"
I'd voiced it. I'd asked the question we all wish the most to be answered and which never has an answer.
There was a clown hanging in the sky. A gaping wound in its chest, bleeding onto the parched ground below.
"Clowns. Why are there always clowns?"
I'd never been frightened by a clown. I'd never had one visit a birthday party or jump out at me at a circus. Yet they plagued my dreams.
There were always clowns. My analytical mind asked what this one represented. I had no answer.
The signpost was gone. I'd destroyed it with an unanswerable question. The sign that had survived a nuclear bomb was gone with a simple question voiced to the universe.
Toto was gone also. Nothing remaining but his skull. Powerful thing that question. "Sorry old pal. You survived the wizard and the lizard, but not me".
A human skull stared back at me vacantly. Who were you my wide eyed friend, I thought.
I looked out towards the hills. I'd conjured the bones of an old ship. Another mystery to my sleeping mind that I would most likely forget about upon waking.
And last, a massive billboard far in the distance, scrawled with words I could not read. "That figures. The answers are probably right there but too far away for me to read".
"Doesn't that figure."
Go Forward in the Dream