The Shores of Duat - Evolutionary Sculpture 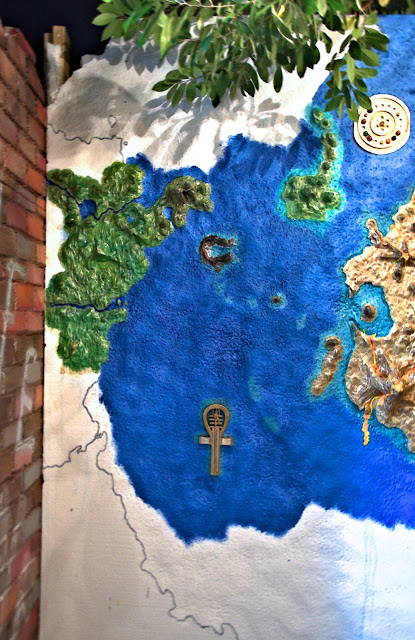 The Shores of Duat is an 8 foot high and 4 foot wide contoured treasure map of the Egyptian underworld.

Duat is the realm of the dead in ancient Egyptian mythology. The god Osiris was believed to be the lord of the underworld. He was the first mummy as depicted in the Osiris myth and he personified rebirth and life after death.

When complete it will be an ever changing treasure map where features are added or removed when I see fit to do so.

This will use the OCTAS method of secret messages, cyphers and other hidden clues.

The map is created on a heavy piece of styrofoam which has allowed me to create contour through. Melting the foam allows for simulated ocean depths. Clay and foaming glue is used to create mountains and land rise.

The art form for the whole studio is called Evolutionary Art. This means that the walls constantly change with new features and with the weathering of the elements. The longer a wall is left to the elements the more realistic it becomes.

It is located as a permanent feature of the new outdoor studio known as Grey's Imaginarium. When finished visitors will be invited to view the map, take photos and attempt to puzzle through its mysteries.

Here are a few work in progress (WIP) photos to give you a taste of the concept. 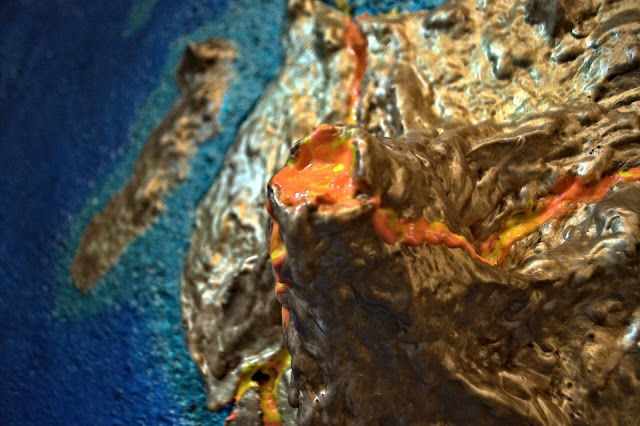 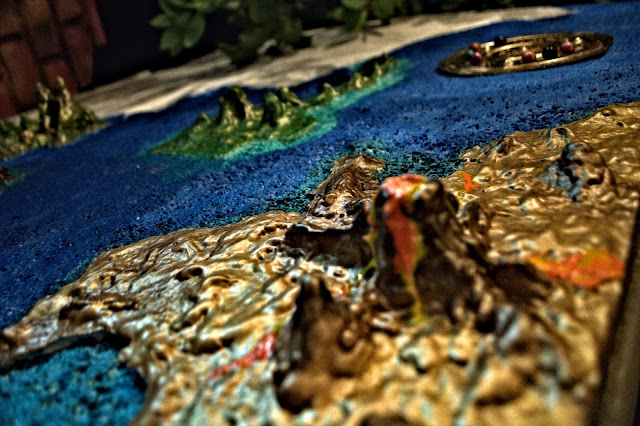 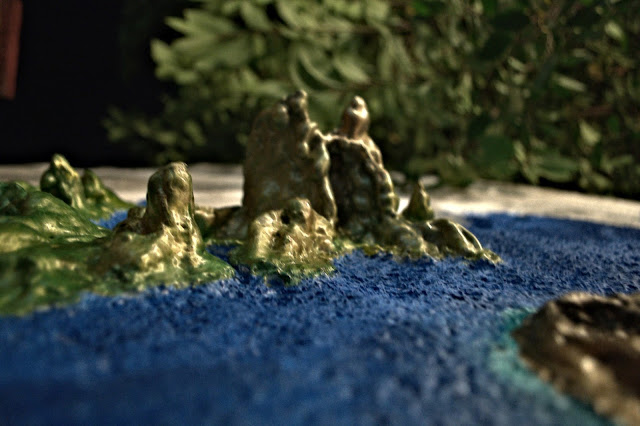 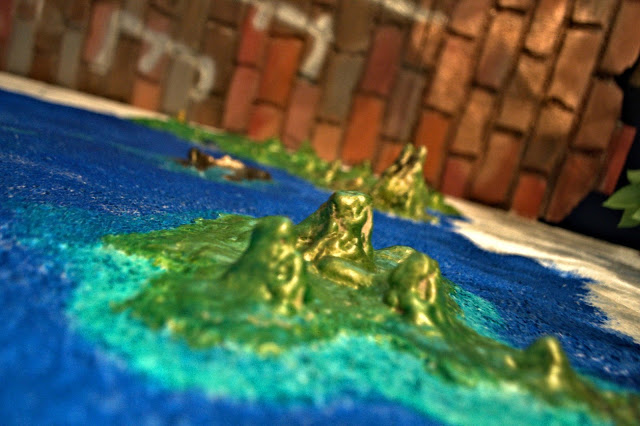 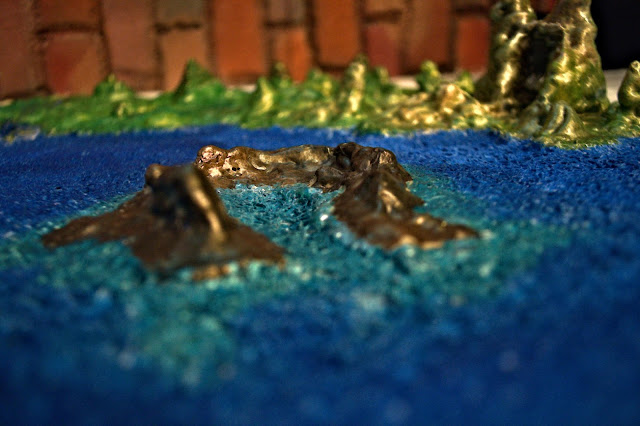